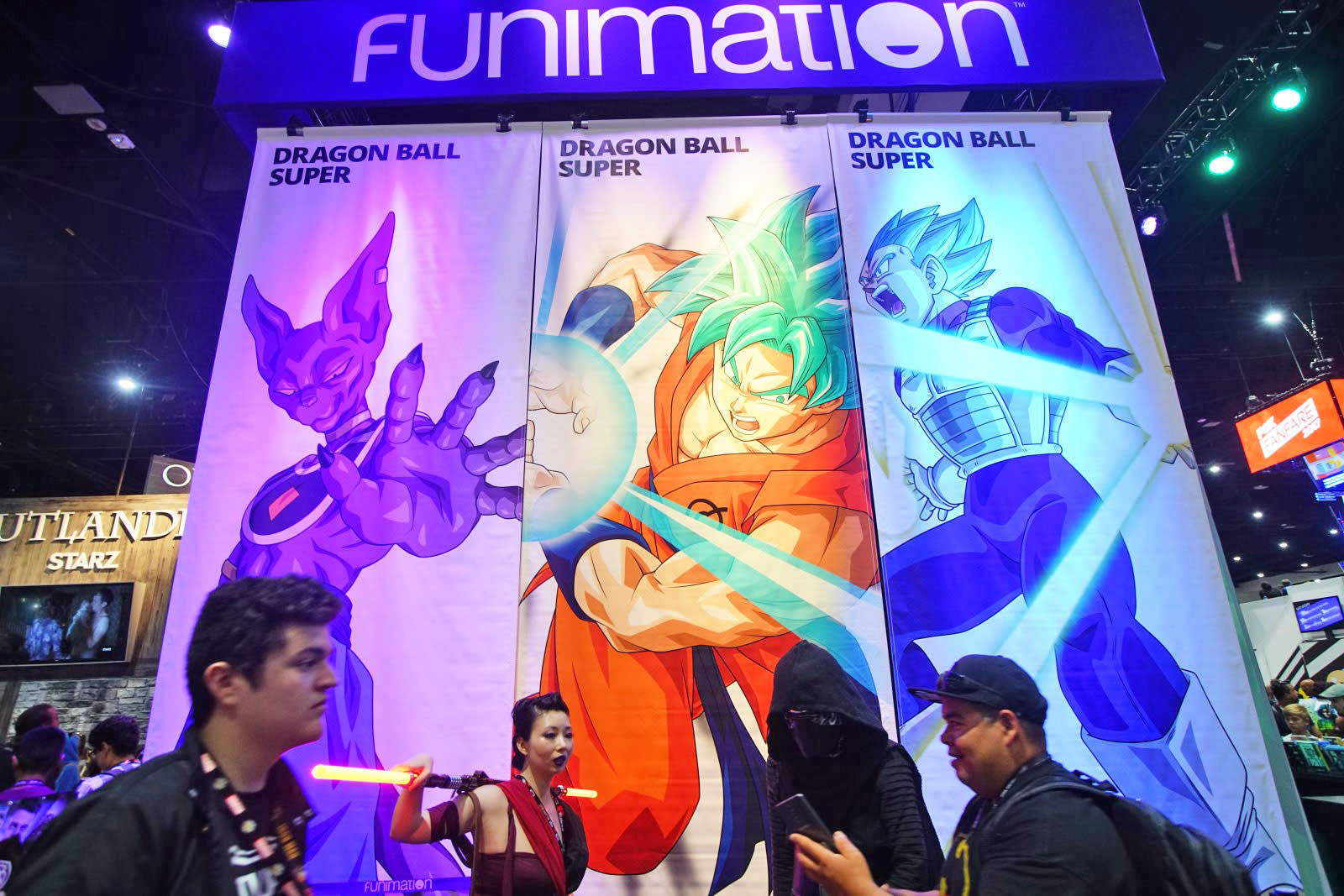 Turns out the partnership Sony and Funimation forged to create the latter's streaming service wasn't a one-off thing. Sony Pictures is currently in the process of buying 95 percent of Funimation for $143 million, putting the anime distributor's value at around $150 million. Funimation's streaming website, which launched earlier this year, has over 400 titles on offer, including Dragon Ball Z, Cowboy Bebop, One Piece and Attack on Titan. While the service is new, the company itself has been selling anime DVDs and merchandise for over two decades.

Sony isn't a newcomer in the space either -- it owns the ANIMAX network, which airs anime in 23 countries around the globe, including Japan. It also owns AXN, a cable TV channel that broadcasts anime, action shows, movies and sports programs. By acquiring 95 percent of Funimation, though, it will also be in direct competition with Netflix and Hulu, which have animated offerings on top of TV shows and movies.

"Around the world, Sony's networks have been major players in the anime space for nearly two decades, and in more recent years we have rapidly increased our networks' over-the-top and digital offerings to consumers. With the acquisition of Funimation, the combined IP of ANIMAX, KIDS STATION and Funimation allows us to deliver the best anime to fans across all screens and platforms."

In this article: anime, business, entertainment, funimation, internet, sony, streaming
All products recommended by Engadget are selected by our editorial team, independent of our parent company. Some of our stories include affiliate links. If you buy something through one of these links, we may earn an affiliate commission.