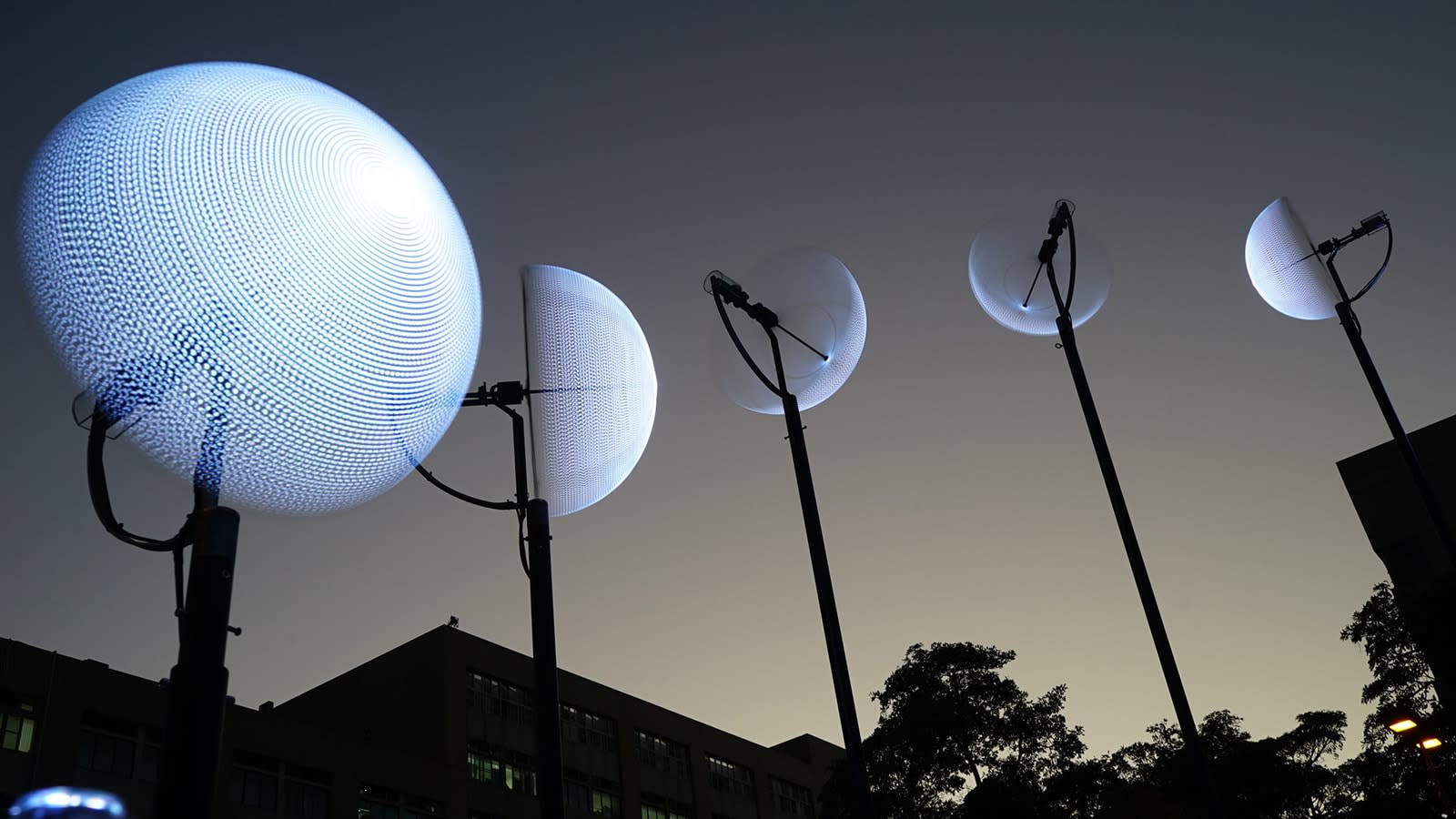 Rotating LEDs reveal the moon as art subject and inspiration

The moon has always been there for us, providing illumination and marking time while inspiring mankind in art, science and space exploration. Taipei-based studio Whyixd is presenting a new way of looking at it with an installation called #define Moon _. It consists of nine rotating LED installations that emulate the full, waxing, waning and seasonal phases of our satellite.

You get different experiences of it depending on the angle of view. Seen from the side, you get all the the phases of the moon, as if taken by a time lapse photographer. Looking at it on end, meanwhile, you see a circular view that's much more three-dimensional.

Those different views of the same thing are why the name is taken from the coding term "define" that lets users provide their own input into a program. The input cursor, meanwhile, waits "for the viewer to define the appearance of a device," Whyixd explains on its website. In other words, most art is subjective, and the viewer takes from it exactly what they want.

It also works as pure spectacle -- the rotating LEDs bring some extra dynamism to the work, as seen in the video above. They also change color, showing the moon in white, blue, pink and red, matching the seasonal cold, blue, pink and harvest lunar phases.

Finally, it reminds us that moon phases are a form of visual geometry that indicates precisely where the moon and sun are in relation to our own position. #define Moon _ mimics that by rotating the LED-illuminated half spheres, with the viewers taking the role of "Earth" by changing their position in relation to them.

"It is hoped that through the works, the viewer will be curious about the device exploration and return to the original scientific spirit," according to a translation of Whyixd's description. "Perhaps this is the greatness of human civilization: the process of exploring nature and inspiring insight into life, the universe and all things."