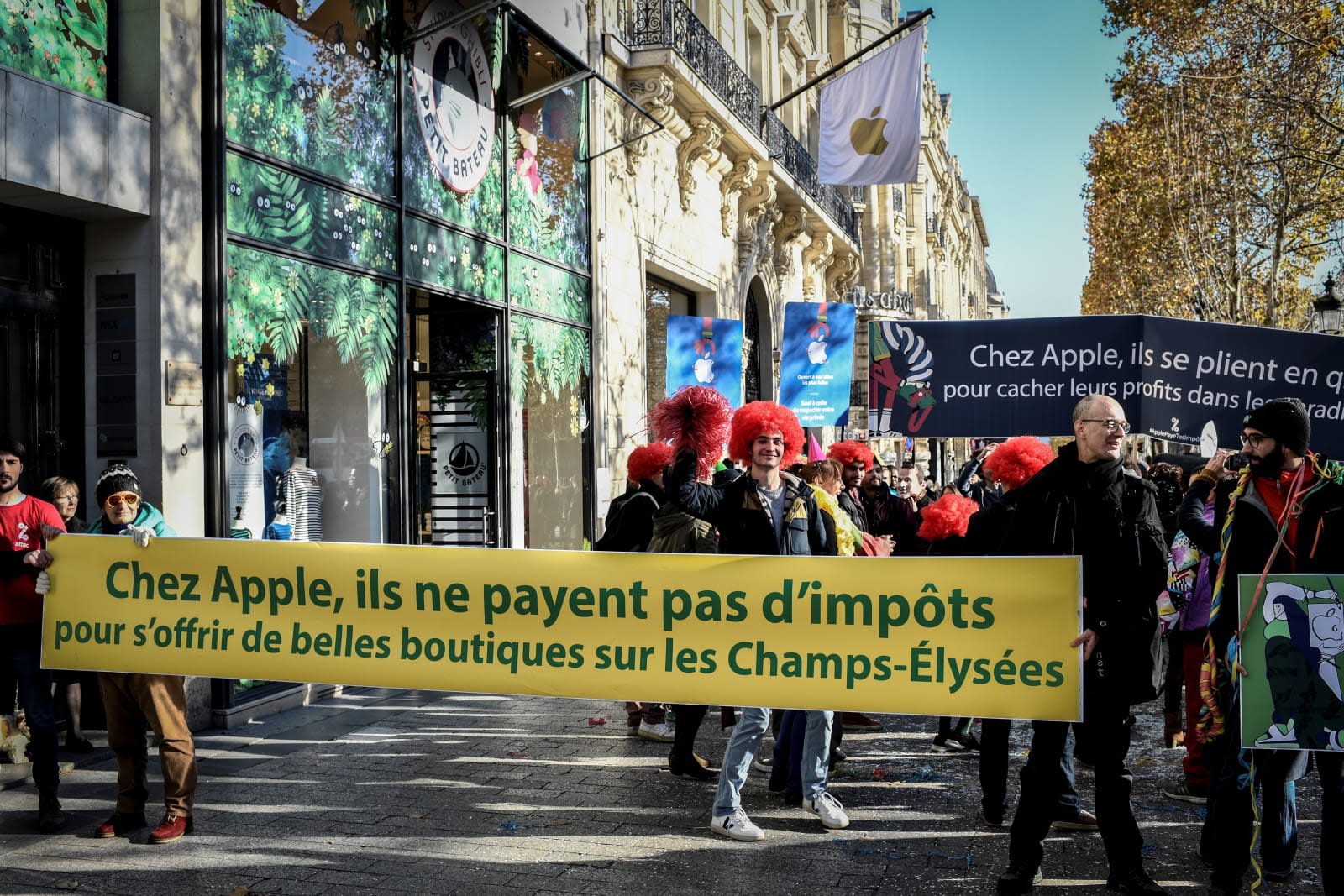 Apple has agreed to pay 500 million euro ($571 million) in back taxes in France, according to French website L'Express. Like other European nations, including Germany and Italy, France has been trying to force tech companies, including Amazon, Google and Apple, to pay what it feels are their fair share of taxes.

L'Express and Reuters have reported the 500 million euro figure, and while neither the government nor Apple would confirm it, Apple promised more details later. "As a multinational company, Apple is regularly audited by fiscal authorities around the world," Apple France told Reuters. "The French tax administration recently concluded a multi-year audit on the company's French accounts, and those details will be published in our public accounts."

As a multinational company, Apple is regularly audited by fiscal authorities around the world. The French tax administration recently concluded a multi-year audit on the company's French accounts, and those details will be published in our public accounts.

French President Emmanuel Macron in currently under political pressure from the "gilets jaunes" and other activists who feel that the "GAFAM" tech giants (Google, Apple, Facebook, Amazon and Microsoft) don't pay enough taxes compared to other companies. France's finance minister, Bruno LeMaire, has been working with his German counterpart to push through a three percent tax across Europe on the tech giants' online ad revenues.

Europe hit Apple with a $15.4 billion tax bill in 2016 after deeming Ireland's tax breaks to Apple illegal. Apple has fully paid back the sum, though it's being held in escrow pending appeal from Ireland.

Companies operating in Europe pay over 20 percent in taxes, but it's estimated that the tech giants pay less than half that. Europe might not even be able to pass the 3 percent tax on online revenue, as member states including Germany, Sweden and Ireland oppose it for various reasons. This lack of accord is the main reason France decided to push ahead with its own digital tax starting in 2019.

"The failure of [a European] tax on GAFAM confirms the great difficulty of the European Union to agree on a common vision," said author and researcher Nikos Smyrnaios. "Many countries have clearly played the cards that suit their particular interests."

In this article: apple, Arrears, business, France, gear, mobile, Sales, Smartphone, Taxes
All products recommended by Engadget are selected by our editorial team, independent of our parent company. Some of our stories include affiliate links. If you buy something through one of these links, we may earn an affiliate commission.