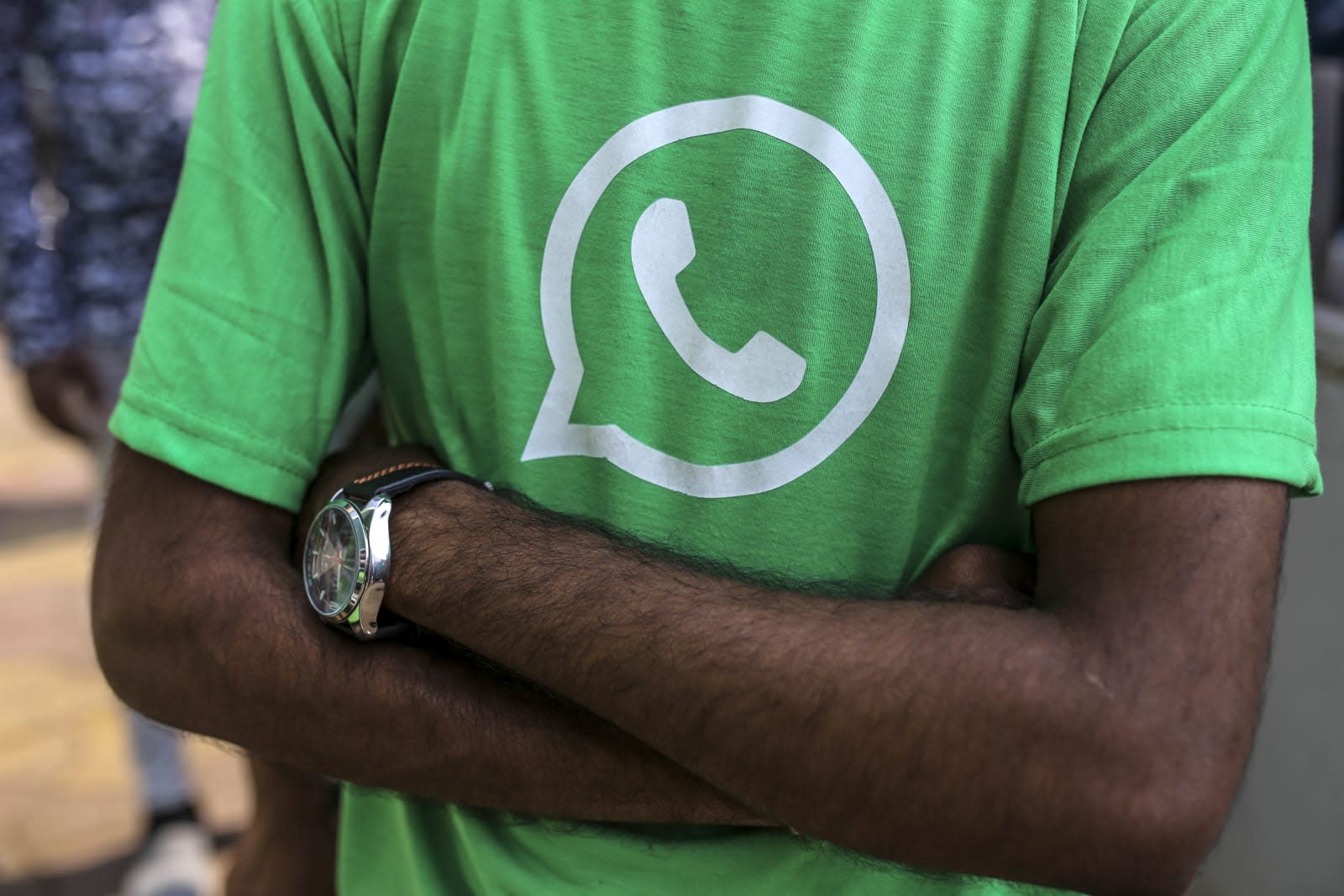 WhatsApp is trying a number of measures to fight its fake news problem, including study grants, a grievance officer and labels on forwarded messages. However, it's also relying on a comparatively old-fashioned approach: outright deleting accounts. The messaging service has revealed in a white paper that it's deleting 2 million accounts per month. And in many cases, users don't need to complain.

About 95 percent of the offenders are deleted after WhatsApp spots "abnormal" activity, the company's Matt Jones told The Guardian. They might immediately send out messages without a "typing" dialog," or start sending a flurry of messages soon after signing up. The firm's Carl Woog added that i would ban accounts involved in "automated or bulk" behavior.

Whether or not that's enough to help is another story. India's elections are coming up in April, and it's no secret that political campaigns have tried to circumvent forwarding limits and other obstacles to spread their messages. It could only take a handful of accounts to spread a bogus rumor, and there's no guarantee WhatsApp will catch perpetrators in a timely fashion.

In this article: ai, chat, facebook, fakenews, gear, internet, machinelearning, messaging, whatsapp
All products recommended by Engadget are selected by our editorial team, independent of our parent company. Some of our stories include affiliate links. If you buy something through one of these links, we may earn an affiliate commission.