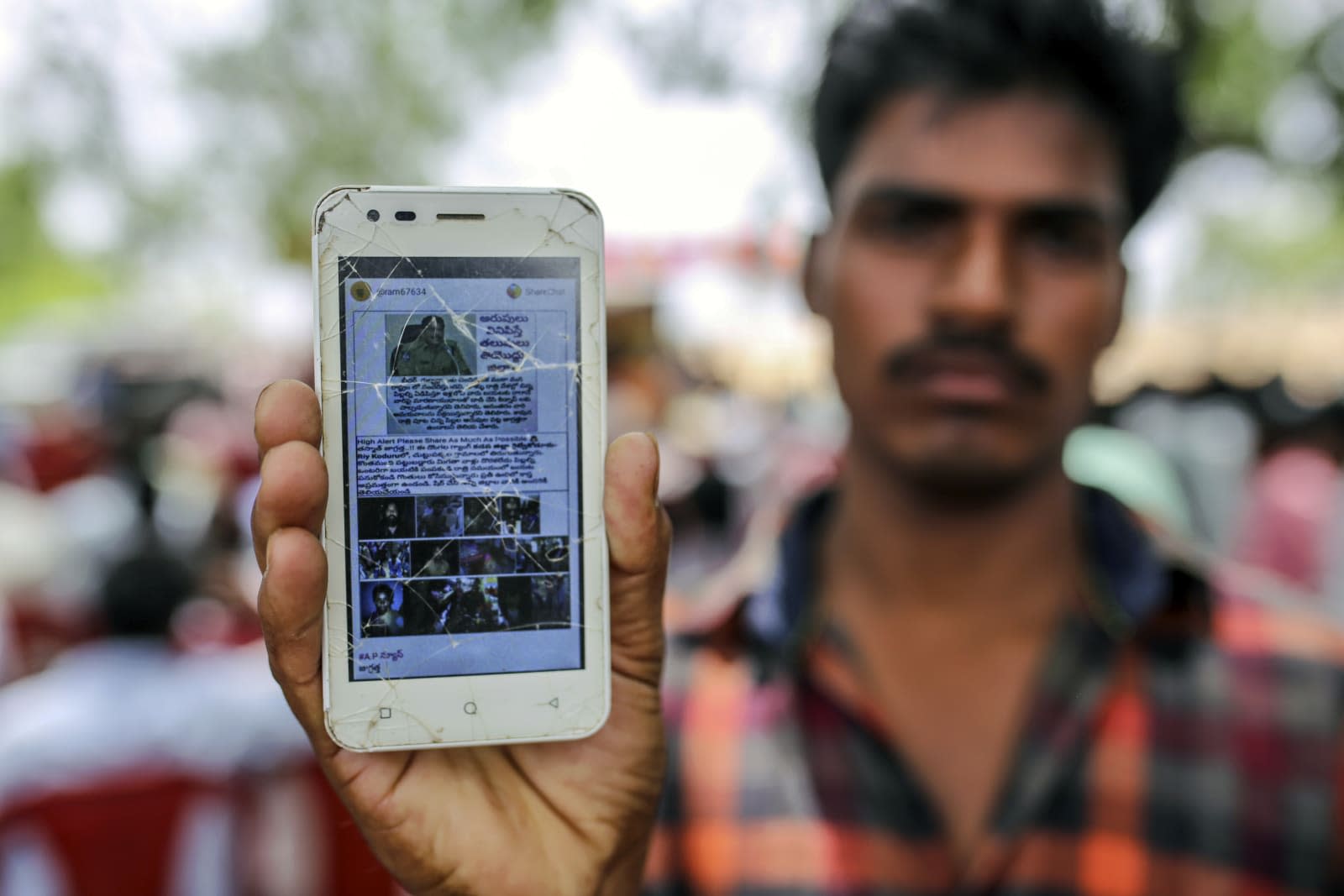 Over the last two months, misinformation spread through WhatsApp in India has riled up lynch mobs that killed twelve people. After the country's government sternly criticized the messaging service for its role in the violence, WhatsApp is offering researchers up to $50,000 in grants to study fake news on the platform.

Per a Facebook Research blog post, the new initiative will consider proposals to study different ways fake news spreads on the service, such as by evaluating election-related information, virality and digital literacy (or lack thereof). But they're also looking for ways to detect problematic or illegal behavior without surveying content -- which is important on a platform like WhatsApp that end-to-end encrypts user communications.

While WhatsApp will give guidance, they won't provide any data, according to their terms. All study results and conclusions are owned by the researchers, who will be under no obligation to share with the messaging service. Facebook, which has had its own extensive struggle with fake news during and following the 2016 US presidential election, evidently wants the studies to begin soon -- proposals are due August 12th. Note that the grant will be paid out to the proposer's host university or organization, not the researchers themselves.

It's unclear what other steps WhatsApp may take to combat this fake news epidemic; We've reached out to Facebook for comment. In a statement aimed at the messaging service, India's Ministry of Electronics and IT demanded the platform "take immediate action to end the this menace."

In this article: facebook, FakeNews, india, internet, services, SocialMedia, whatsapp
All products recommended by Engadget are selected by our editorial team, independent of our parent company. Some of our stories include affiliate links. If you buy something through one of these links, we may earn an affiliate commission.