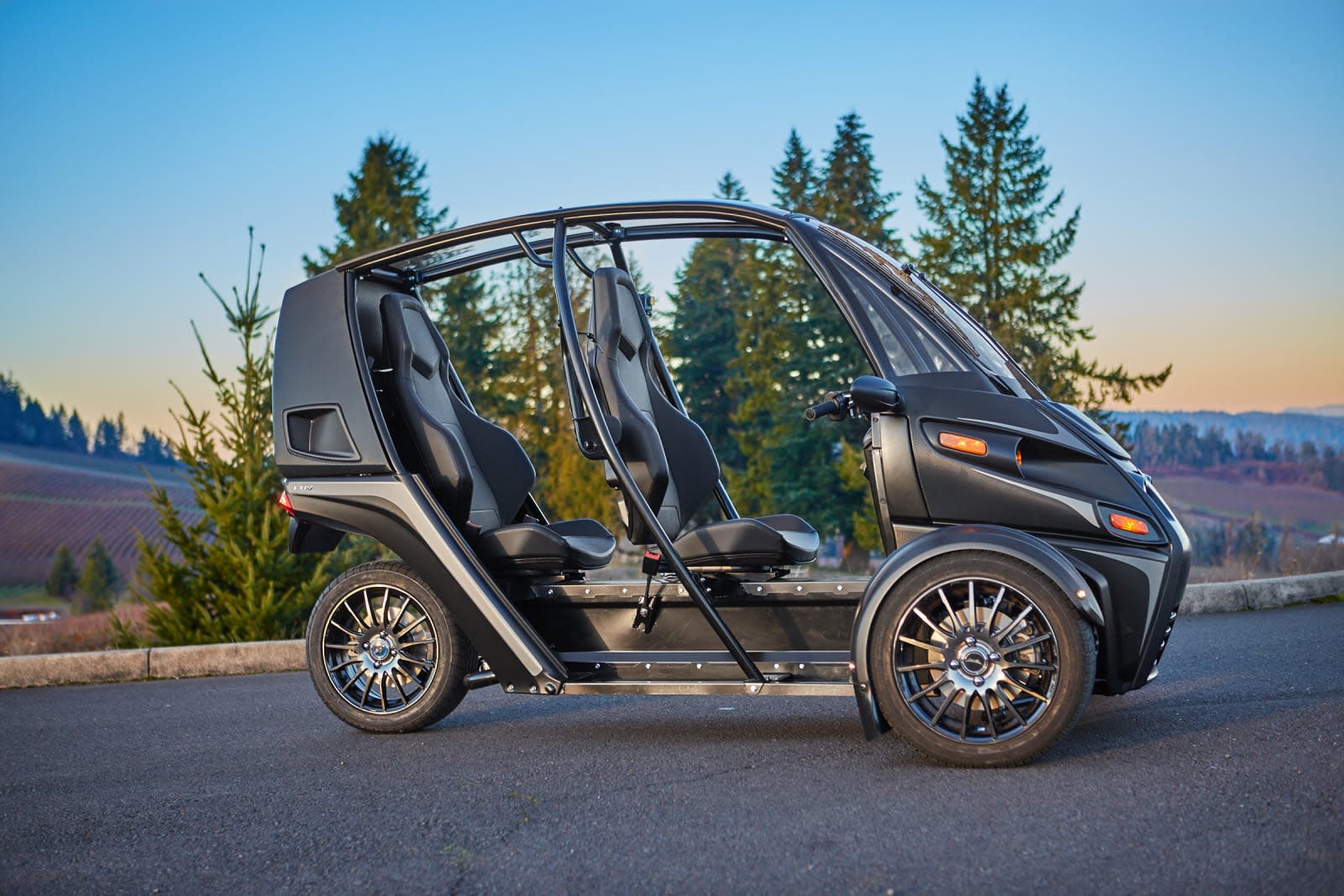 Arcimoto has started taking orders for its three-wheeled electric vehicle. The Fun Utility Vehicle (FUV) Evergreen Edition will set you back $19,900 before tax credits and rebates, which is a far cry from Arcimoto's target of $11,900, though it aims to push down the price over time.

"As we scale operations and drive down costs, we intend to introduce even more affordable variations until we hit our target base price of $11,900," Mark Frohnmayer, Arcimoto's founder and president, said in a statement. "The Evergreen epitomizes our commitment to an American-made everyday electric vehicle that is affordable for everyone. It is the FUV by which all other FUVs will be measured."

Arcimoto plans to deliver 100 Evergreens by the end of June in Oregon, California and Washington. It will later expand delivery to other states, and hopes to fulfill all US pre-orders (more than 3,000 of them) by the end of June next year. It's requiring a non-refundable $5,000 deposit from anyone who orders one now.

The Evergreen offers a 75 mph top speed and a range of 100 miles of city driving on a single charge (Arcimoto plans to offer shorter- and longer-range battery options later). It has two heated seats and an open-air design with removable half doors -- it's intended for quick trips more than long weekend drives. Other features include Bluetooth speakers, a rear storage locker and a handy magnetic cup holder, while you can start the car using an app.

In this article: arcimoto, electriccar, electricvehicle, ev, gear, tomorrow, transportation
All products recommended by Engadget are selected by our editorial team, independent of our parent company. Some of our stories include affiliate links. If you buy something through one of these links, we may earn an affiliate commission.