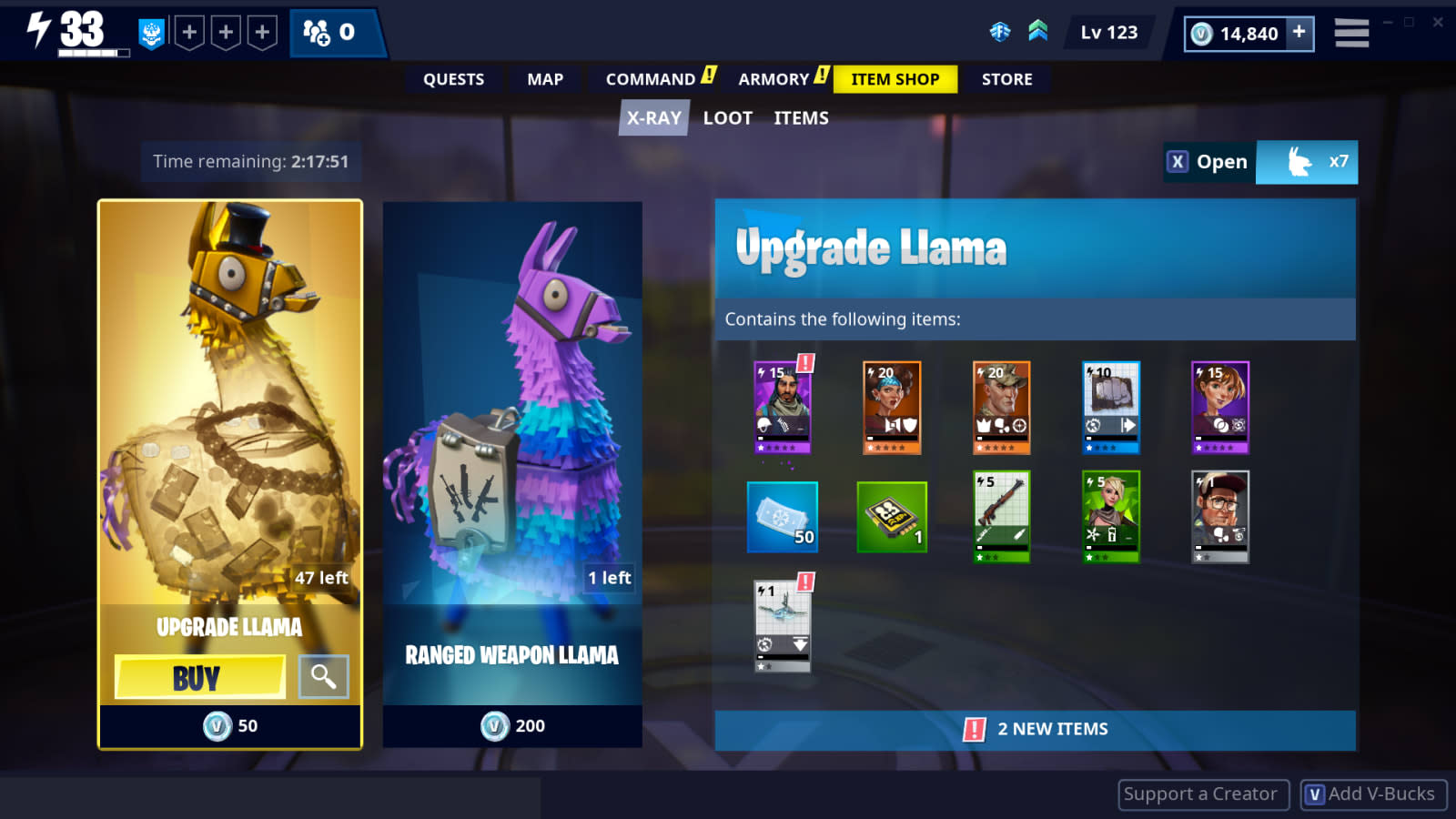 Sony screwed up with Fortnite. When Epic Games' blockbuster landed on the Nintendo Switch in June, it included cross-console capabilities for every platform except PlayStation 4, due to Sony's long-standing reluctance to make nice with rival hardware manufacturers. Sony fans were able to play with people on PC, Mac and mobile devices, but they were locked out of games with Xbox One or Switch buddies. This all meant PS4 players with existing Fortnite accounts couldn't access them on Switch, and vice versa, so plenty of folks ended up creating a separate profile for each device.

And then, three months later, Sony enabled cross-platform play for Fortnite. This was good news, but it also left a lot of players with two accounts and no way to combine any of the accessories, skins, weapons, dances and V-Bucks they'd separately accrued. That is, until today.

Epic Games has rolled out an account-merging process for Fortnite, allowing players to pick a primary profile that gobbles up all of the goodies from a second account. Head to the Fortnite merging page and sign into both accounts, assigning one as the primary, and combine 'em. After two weeks, all of the secondary profile's cosmetic items and V-Bucks will be transferred to the main account, and the non-primary account will be disabled.

"Battle Royale will allow you to merge all cosmetic items," Epic writes. "Save the World will allow you to merge Llamas, Defenders, Heroes, Schematics, Survivors, XP, Evolution and Perk Materials. Other Items such as Unreal Marketplace items, Creative Islands, and Save The World account level and progress will not be merged over from your secondary account."

This whole system only works for folks who played Fortnite on both PS4 and Xbox One or Switch before September 28th.

In this article: av, cross-platform, EpicGames, fortnite, gaming, microsoft, nintendo, personal computing, personalcomputing, ps4, sony, switch, XboxOne
All products recommended by Engadget are selected by our editorial team, independent of our parent company. Some of our stories include affiliate links. If you buy something through one of these links, we may earn an affiliate commission.