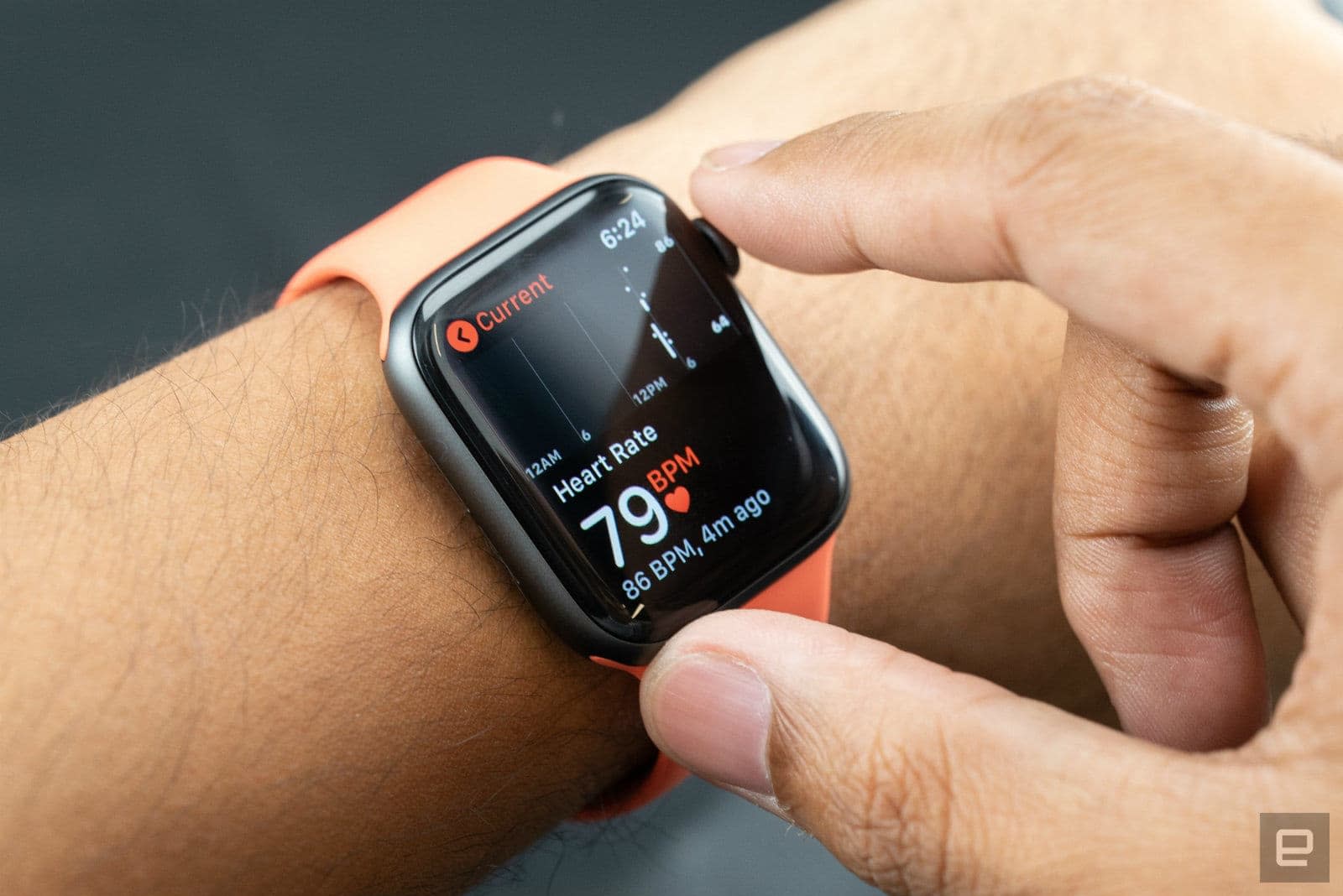 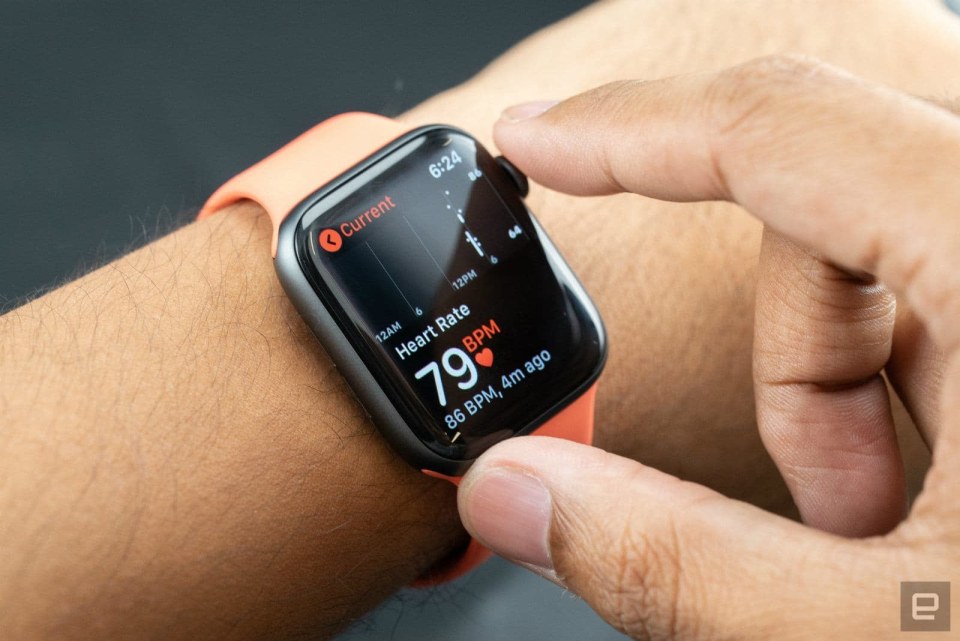 Two months after our review of the Apple Watch Series 4 was published, we asked our readers to leave their critique of the device on its product page in our buyer's guide. Almost 30 readers participated, detailing their long-term experiences with Apple's latest wearable. Big thanks to everyone who chimed in! If you'd like to join, feel free to submit your own review for this or any other gadget on its related product page over on the buyer's guide section of our site.

In his review of the Series 4 for Engadget, Senior Mobile Editor Chris Velazco wrote that the battery lasts 24 to 36 hours -- not bad, but not outstanding either. Users were split on how much the battery had improved over earlier models. Esam stated that "the best feature is the battery life; I can go two days without charging, no problem." Heath concurred, saying, "I used to charge the Series 2 every night. With the Series 4, it is every other night."

However, Billy felt the battery is "definitely worse than the Apple Watch 3G." Nick the Geek Bear thought it might be directly related to the other improvements on the smartwatch: "The battery is technically higher capacity, but because of the improved processing, speaker power, and screen size, the rated running time is the same as the Series 3. This means that it takes longer to charge (and it's noticeable). While the rated time on paper is the same, I've noticed that it doesn't last as long when it comes to actual use. I was getting around two days out of a full charge on my Series 3 watches, but I only get a day and a half, at best, with the Series 4."

You Mad Bro claimed the "Series 4 is crazy fast, I finally get to use the apps and not worry about them taking forever to open." That improved processing is largely due to the 64-bit, dual-core system-in-package S4 chipset, which has virtually eliminated any lag when you're launching apps or switching watch faces. Tim agreed on that point, saying the increase in speed plus the improved battery life were "a huge leap forward." Shamuson was also impressed with its swiftness and "overall functionality."

Apple also made improvements by increasing the speaker volume and moving the microphone placement to the watch's opposite side to decrease interference and feedback. Users clearly appreciated the upgrade, with Health noting he's "actually taken some phone calls on the watch, because I forgot my phone accidentally. I was actually able to hear the caller to take the call. It was no different from taking a call on the iPhone with speaker enabled... I could never do that on the Series 2."

And he wasn't the only one. Nick the Geek Bear mentions that "the louder speaker and more sensitive mic are a large improvement over the previous model," and also added that "the clarity and volume of the speaker are pretty amazing, compared to the previous generation watches." Other users found a few snags with the upgrades, however, with Billcoff remarking that "raise to speak is buggy" and "only works on first attempt about half the time."

Though Chris Velazco ran into some issues activating LTE service on his test device, our readers were generally more successful. Ehsan, for one, said he "left my iPhone at home and used this as my main communication device. Unlike Apple Watch 2, Version 4 actually worked in this user case!" Ivan felt a little like Dick Tracy, saying, "I normally hold my hand to my ear and talk as if I were with a regular phone or a secret service agent." But some users like Ivan also had difficulty using the Series 4 with AT&T. "It connects great with WiFi," he said, "and anytime my phone is around, but it only gets spotty when I try to take it as a standalone device... If I can't have independent cellular then what's the point of me paying AT&T a monthly service fee?"

The Watch Series 4 features a 30 percent larger screen that Esam said "looks great" because of its rounded corners. Nick the Geek Bear agreed: "I couldn't believe how much larger the number buttons were. Even the small number of erroneous inputs I've had with the past versions have been reduced." Chris had a similar experience, where the bigger screen resulted in "fewer chances of accidentally tapping the wrong icon or menu item."

But Adamaii wasn't entirely pleased with the improvement, finding that "the Watch faces which 'take advantage' of the larger screen are overly complicated because too much information is presented in a bizzare and color intensive way." Or, in the case of the newly added watch faces, he said, "They have too little information such as not including ticks or numbers on the watch face, making it literal guesswork to tell the time."

On the software side, the preexisting fitness features such as step counting and heart monitoring remained a big draw. Ivan felt the "health benefits like heart monitoring, step count and more makes me want to be more active." Joe was pleased by the accuracy of the health tracking: "I have an extremely low pulse rate and the watch allows to record the pulse readings so I can show to my cardiologist when I have my checkup. I had my semi-annual visit to my PCP last week and the pulse reading my doctor took was exactly the reading shown on the Apple Watch."

However, the same user also found issues with the new fall-detection feature acting inconsistently: "Recorded nine falls, none of which actually took place, " he said. "I did fall two times and in neither instance did the watch detect the fall." Shamuson also experienced issues, specifically with Workouts. "It doesn't track with distance and GPS... I have had a few issues/bugs where the Watch would freeze while doing a workout and I had to reboot the phone." However, multiple users said they were excited about trying out the other new fitness feature: a built-in electrocardiogram test, or ECG, which measures heart rhythm.

Other reported problems included Siri, with user M stating that the assistant doesn't work consistently: "Often when trying to get Siri you get the 'hold on, or please wait, I'll tap you when I am ready' which means start over because it never works." Another person reported that the email haptic notifications never worked on their Watch, even "after replacement by Apple and several Genius Bar visits."

Overall, most users agreed with our review: The Series 4 is a must-have device. There were a few dissenting voices, including Adamaii, who felt that "the Series 3 was much better," and Health, who said, "When it comes to using the watch, there isn't that much of a difference from the series 2." However, reader Chris said, "This is finally the watch I've been waiting for," while Tim was also enthusiastic, stating, "What a huge upgrade! From the day I got it the use of my Apple Watch has increased... I use it for everything possible." Ivan was on the same page: "Long story short... this has now become the standard benchmark for all smartwatches to replicate. This is a great device and worth the money. Also, I'm giving this a 9/10 because nothing can ever be perfect. But this smartwatch is definitely best in its class."

Have more to add? It's never too late to leave a user review here.

In this article: apple, apple watch, applewatch, gadgetry, gadgets, gear, Series 4, smartwatch, userreviewroundup, wearables
All products recommended by Engadget are selected by our editorial team, independent of our parent company. Some of our stories include affiliate links. If you buy something through one of these links, we may earn an affiliate commission.