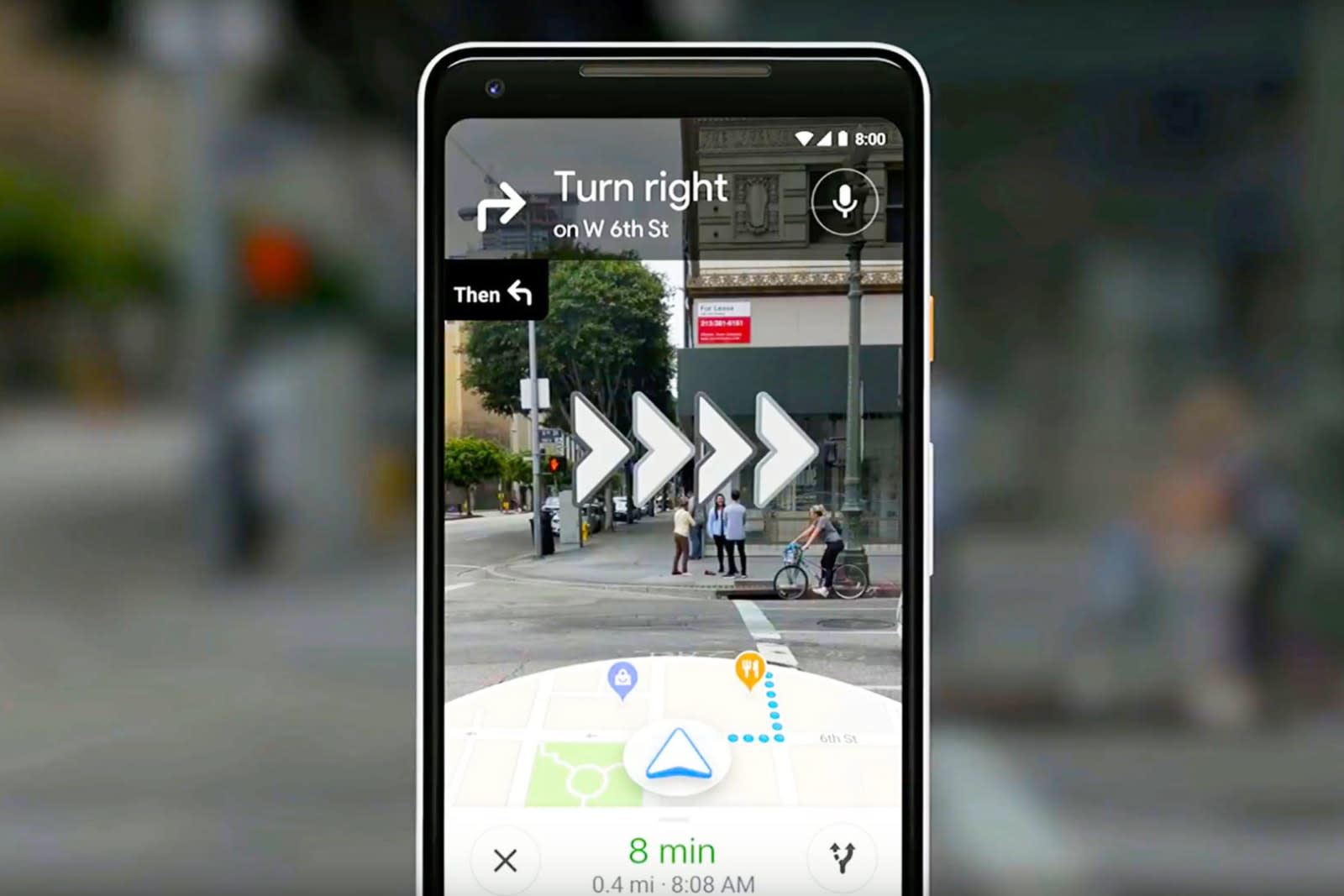 Google Maps' augmented reality navigation is finally rolling out several months after its debut, although you might still have to wait a while. The company told the Wall Street Journal the walking-focused feature will be available shortly, but only to Local Guides (community reviewers) at first. The feature will need "more testing" before it's available to everyone else, Google said. Still, this suggests AR route-finding is much closer to becoming a practical reality.

The core functionality remains the same. Google Maps uses GPS to get a basic idea of where you are, and then relies on the camera to get a much more exact location with 3D arrows hovering over the places you need to turn. Notably, though, Google doesn't want you to rely too heavily on AR to get around. Hold the phone up in AR mode for too long and it'll not only bug you to lower the device, but will ultimately darken the screen to force a change. This is both for safety's sake (Google would rather not have people bump into each other) as well as to conserve battery power and data.

The AR technology won't really take over from conventional navigation as a result, at least not without Glass-style wearables. However, it should help in those situations when you're dealing with a complex intersection or otherwise don't have your exact bearings. It could also come to your rescue in moments where the GPS is less than accurate, particularly in major cities where tall buildings could mess with satellite signals.

In this article: android, augmentedreality, gear, google, googlemaps, internet, mobile, navigation, smartphone
All products recommended by Engadget are selected by our editorial team, independent of our parent company. Some of our stories include affiliate links. If you buy something through one of these links, we may earn an affiliate commission.