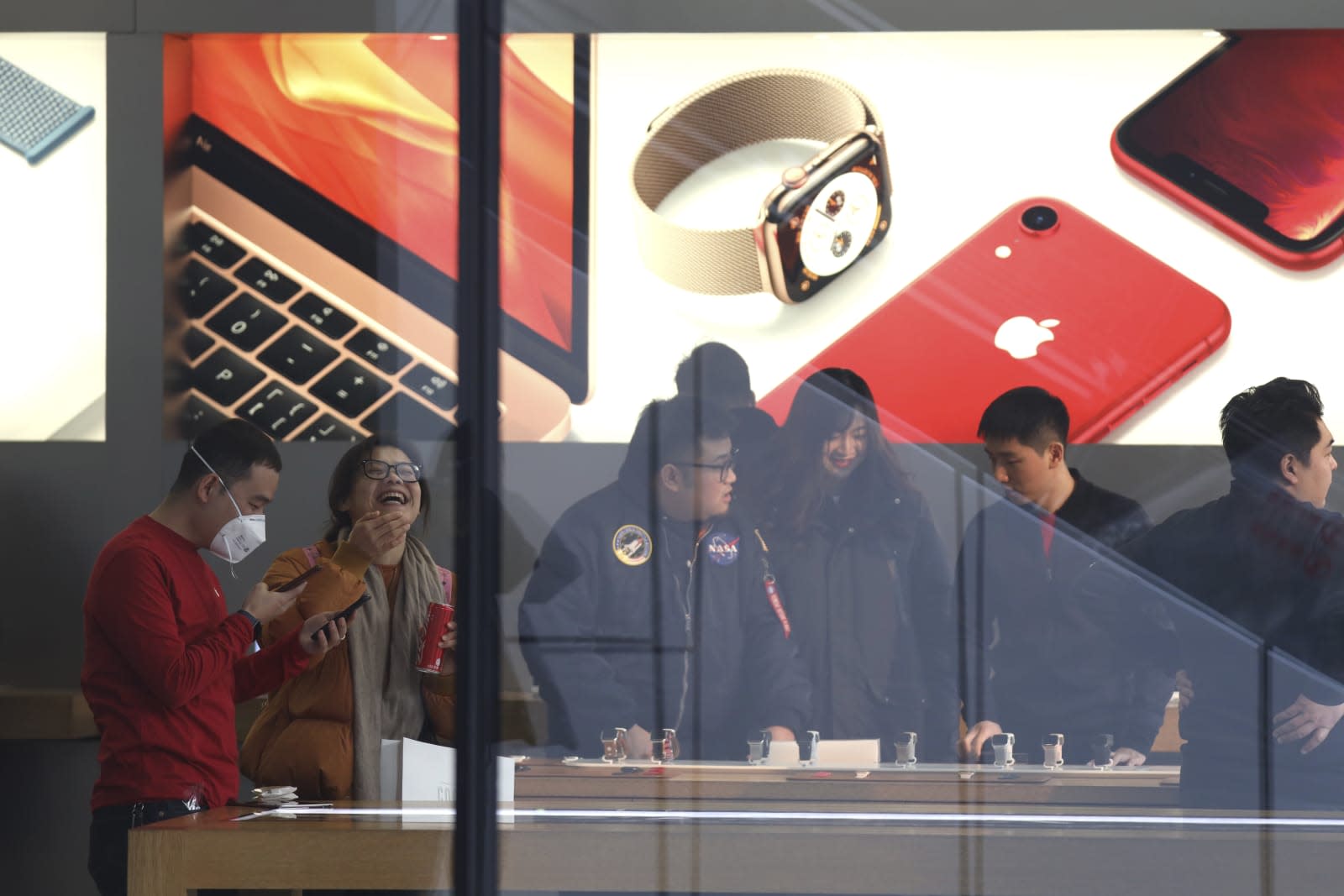 Apple wasn't joking around when it warned that the Chinese smartphone market gave it grief in the fall. IDC estimated that iPhone shipments fell just shy of 20 percent year-over-year toward the end of 2018, hitting 11.8 million. It's the third consecutive year of declines, the analyst group said, blaming this year's drop on a combination of higher prices and relatively modest updates. Customers just weren't in as much of a rush to upgrade as they were in years past. Throw in China's economic woes and stiff competition from local rivals and it's not shocking that iPhone sales took a dive.

If there's any consolation for the company, it's that many of its Chinese competitors were in the same boat. Huawei's phone shipments surged 23.3 percent, but Xiaomi and other big names saw their units plunge as well. Even the sister brands Oppo and Vivo, which have been historically strong, barely improved their numbers. Handsets like the Find X and NEX S couldn't overcome economic headaches, then.

It's not certain how Apple could turn things around in the near future. The company's Tim Cook did hint at adjusting prices for some countries, but slightly lower costs would still make the iPhone expensive compared to many of the offerings from Chinese competitors -- and that won't change the economy. Simply speaking, things might not get better until there's either an economic recovery or a larger change in Apple's lineup.

In this article: apple, china, gear, huawei, idc, iphone, marketshare, mobile, oppo, q42018, smartphone, vivo, xiaomi
All products recommended by Engadget are selected by our editorial team, independent of our parent company. Some of our stories include affiliate links. If you buy something through one of these links, we may earn an affiliate commission.