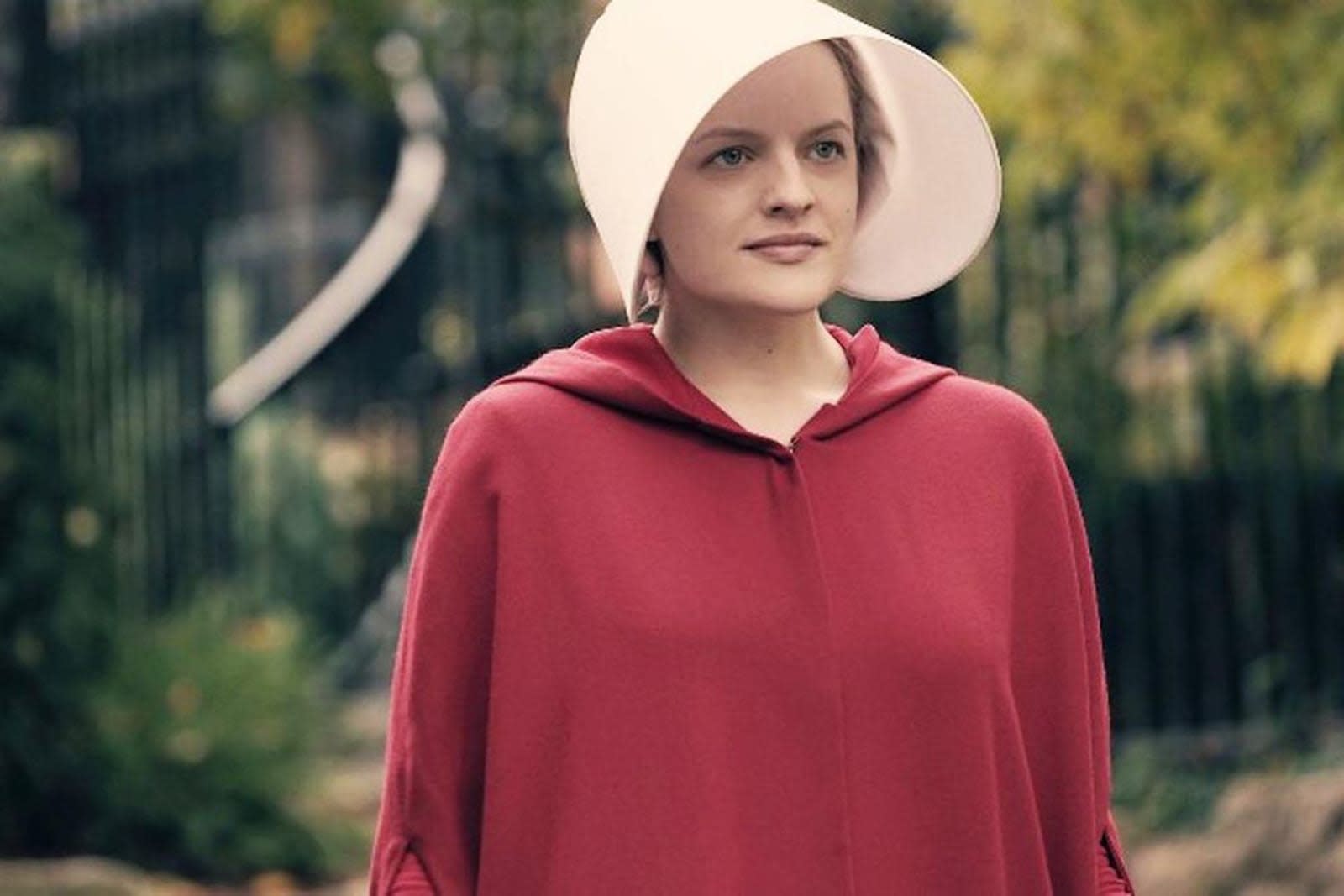 Amid a wave of announcements Monday, Hulu revealed The Handmaid's Tale will return on June 5th. As such, it will won't compete at this year's Emmys. It lost out to Game of Thrones the last time the shows went head to head, and the final season of HBO's show starts in April (though Hulu said moving the premiere from its typical early spring slot to June wasn't specifically about Emmy competition).

The streaming service revealed a ton of other news, such as a deal with Marvel to produce four adult animated shows: Howard the Duck, M.O.D.O.K, Hit-Monkey and Tigra & Dazzler. Following the template of Netflix's Marvel shows and The Defenders, the characters will eventually team up for a special called The Offenders. Disney, of course, owns Marvel and is set to take a controlling stake in Hulu when its Fox deal closes. Marvel's Runaways, meanwhile, seems likely to get a third season.

Hulu is also developing a series based on the book The Devil in the White City: Murder, Magic and Madness at the Fair That Changed America by Erik Larson, with Leonardo DiCaprio and Martin Scorsese as executive producers. In addition, it released the trailer for the upcoming Catch-22 miniseries, which stars George Clooney and Kyle Chandler, and said all six episodes will drop May 17th.

The streaming service announced series orders for revenge thriller Reprisal and period drama The Great, which is about Catherine the Great. The former will arrive this year and the latter in 2020. Hulu also set premiere dates for two feature-length installments of its Into The Dark indie horror anthology series: April Fools' Day-centered I'm Just F*cking With You (April 5th) and Mother's Day-themed All That We Destroy (May 3rd).

Other premiere dates include April 10th for Ramy, a comedy about a first generation Egyptian-American, and May 10th for Ask Dr. Ruth, a documentary about sex therapist Dr. Ruth Westheimer. The latter is also getting a limited theatrical release on May 3rd.

In this article: ask dr ruth, catch-22, emmys, entertainment, game of thrones, george clooney, hit-monkey, howard the duck, hulu, into the dark, kyle chandler, leonardo dicaprio, martin scorsese, marvel, modok, ramy, reprisal, runaways, services, streaming, the defenders, the devil in the white city, the great, the handmaid's tale, the offenders, tigra and dazzler show
All products recommended by Engadget are selected by our editorial team, independent of our parent company. Some of our stories include affiliate links. If you buy something through one of these links, we may earn an affiliate commission.