Canon’s next full-frame mirrorless camera is the EOS RP

Well, it looks like the recent rumors were spot on: Canon is getting ready to launch a compact version of its EOS R camera. And here it is. Meet the EOS RP, a full-frame mirrorless shooter that costs a reasonable $1,299 (body-only). For those of you keeping track at home, that's $1,000 less than the EOS R, which just arrived in October of 2018.

As you might expect, the EOS RP comes with a smaller 26.2-megapixel full-frame CMOS sensor, compared to the 30.3-megapixel found on the EOS R. That said, there are features shared between the two cameras, such as the Digic 8 image processor, accurate Dual Pixel autofocus and that fully articulating 3-inch touchscreen.

The new EOS RP is all about being compact and portable, weighing roughly 17 ounces (485 grams) without a lens attached. That's about 5 and 7 ounces less than the EOS R and Nikon's Z6 full-frame mirrorless, respectively. Like the R, the RP features a built-in, 2.36-million-dot electronic viewfinder, has an ISO range of 100- 40,000 (expandable to 50-102,000) and shoots 4K video at up to 24 frames per second. It's worth noting that 4K video on the RP still doesn't support a full sensor readout, similar to the R, though Canon says that 1.8x cropping has to happen to prevent overheating issues on such a small body.

If you want to control the camera remotely or share pictures wirelessly, the EOS RP has Bluetooth and WiFi support. There's also a USB Type-C port for charging, a single UHS II SD card slot, HDMI out, plus 3.5mm headphone and microphone jacks. Design-wise, the EOS RP is nearly identical to the R, save for a couple of ergonomic details. The RP doesn't have the wonky touchpad that was on the back of the R, nor the tiny LCD screen next to the mode dials that let you view information like ISO and aperture. Instead, there's a more traditional dial in place, akin to what you would find on Canon's DSLR cameras such as the 5D Mark IV or 6D Mark II.

When it comes to specs, the EOS RP has exactly what you would want from $1,200 camera: a big sensor, solid AF and 4K video. But the first thing that caught my attention when I picked it up is how light it felt, even when compared to the EOS R, which itself isn't a heavy camera. Sure, it gains a bit of mass when you put on the 24-105mm RF lens, but the RP is still a light system. Canon says it designed its latest mirrorless for people who want a small camera with great picture and video quality at an affordable price, and there's plenty to like here. Nikon's cheapest full-frame mirrorless camera (the Z6), for comparison, costs $2,000 -- although it is better-specced than Canon's offering.

Aside from the 24-105mm RF lens, I used the EOS RP with the 35mm RF, and the camera performed quite well with both. Most of the sample images I took came out sharp and with accurate colors; flowers looked vivid, skin tones were satisfactory. Now, if what you want is a fast shooter, the EOS RP isn't it. The camera's continuous shooting mode is limited to 5 frames per second, which is definitely going to discourage some potential buyers. Canon says it has a professional full-frame mirrorless model in the works, one that will complement both the EOS R and the EOS RP, though it's unclear when that camera will arrive. 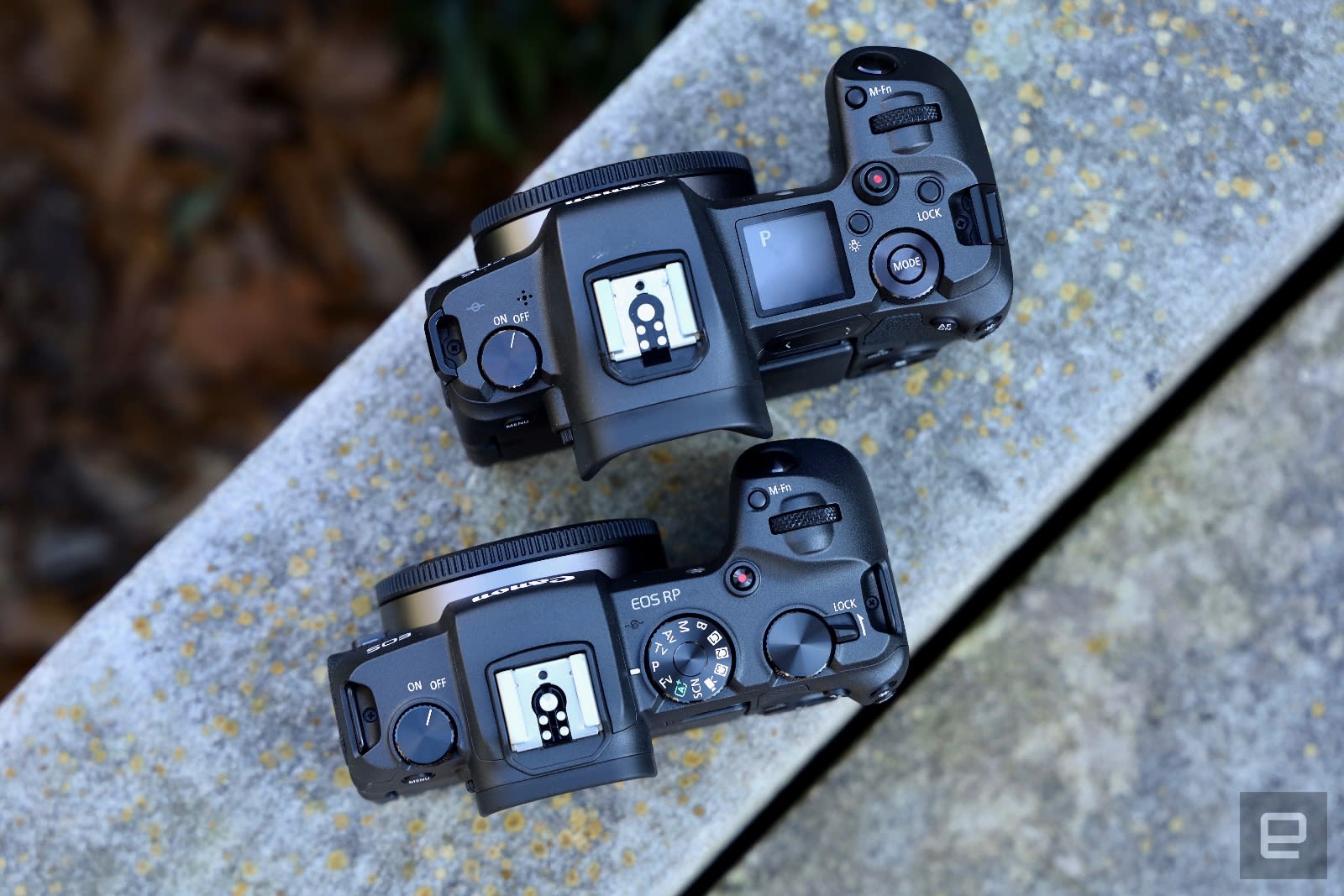 While I was pleased with the results from the EOS RP after a spending a day with it, I won't be completely sold on it until we test its low-light and full 4K video performance. After all, 24 hours isn't enough to discover any hidden flaws. For now, however, I think Canon is onto something with the EOS RP -- and it shows that the company is finally getting serious about mirrorless cameras. We all know Sony needs some competition in that space, which it has basically owned since the introduction of its A7 full-frame mirrorless in 2013, so having more choices is always great for consumers.

Canon is aware of that, too. That's why it plans to bring five more RF lenses to its EOS R and EOS RP by the end of 2019. That includes a 15-35mm f/2.8, a 24-70mm f/2.8, a 70-200mm f/2.8, an 85mm f/1.2 and a 24-240mm f/4-6.2, which will bring the total number of RF lenses to nine. The more glass it has for its full-frame mirrorless system, the better chance it has to lure in photographers and videographers. Although the EOS R and RP are compatible with Canon's EF lenses via an adapter, you'll need the native RF glass for the mirrorless systems' autofocus to be fully accurate and to keep your optical quality from dropping a bit.