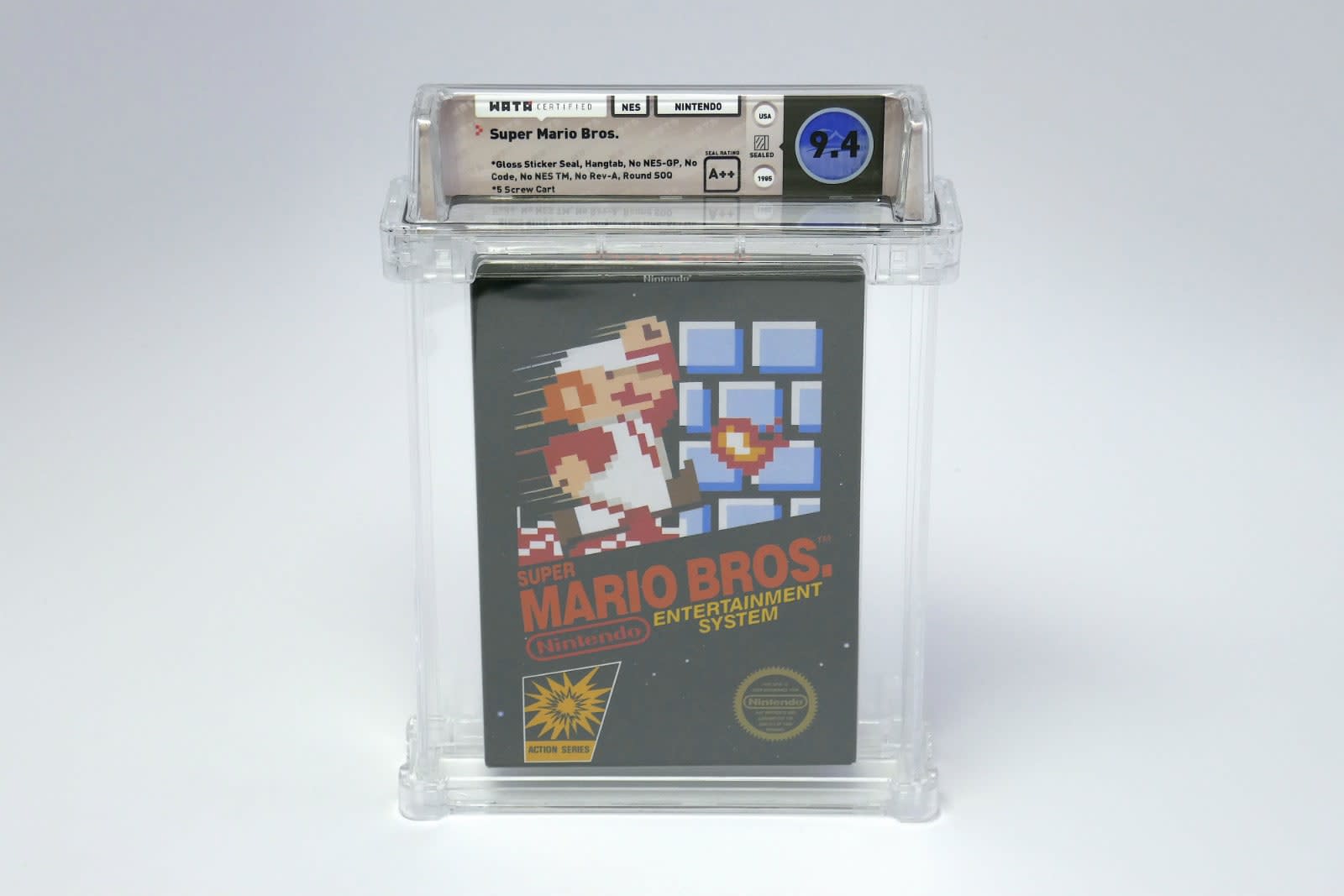 Despite classic video games now being readily available online and on throwback mini consoles, rare physical copies are still fetching big bucks. The latest record-breaking collector's item is a sealed copy of Super Mario Bros. that just sold for $100,150, according to Kotaku, which experts claim is the highest-price ever paid for a single game.

What makes it so valuable? A foil sticker on the top of the black box that indicates it's among the very first run of 17 NES games produced in America. These were released in test markets across New York and Los Angeles between October, 1985 and March, 1986, back when the NES came bundled with Duck Hunt and Gyromite. Other titles in the esteemed lineup include Hogan's Alley, Wild Gunman, and Baseball.

Due to its popularity, Super Mario Bros. would be reprinted in 11 different box variations from 1985 to 1994, according to gaming collectibles authenticator Wata Games. And as production began ramping up in 1986, Nintendo ditched the sticker seals and began shrink wrapping its games.

This copy of Super Mario Bros. is now jointly owned by three buyers: Jim Halperin, the founder and co-chairman of the collectibles auction company Heritage Auctions, game collector Rich Lecce, and video game store owner Zac Gieg. It marks a big leap over the previous record holder -- another sealed copy of Super Mario Bros. that sold on eBay in 2017 for over $30,000.

"Not only are all...NES sticker sealed [games] extremely rare, but by their nature of not being sealed in shrink wrap they usually exhibit significant wear after more than 30 years," said Kenneth Thrower, co-founder and chief grader of Wata Games. "This game may be the condition census of all sticker sealed NES games known to exist."

In this article: auction, business, collectible, gaming, nes, nes games, super mario bros, Super Mario Bros., video games
All products recommended by Engadget are selected by our editorial team, independent of our parent company. Some of our stories include affiliate links. If you buy something through one of these links, we may earn an affiliate commission.