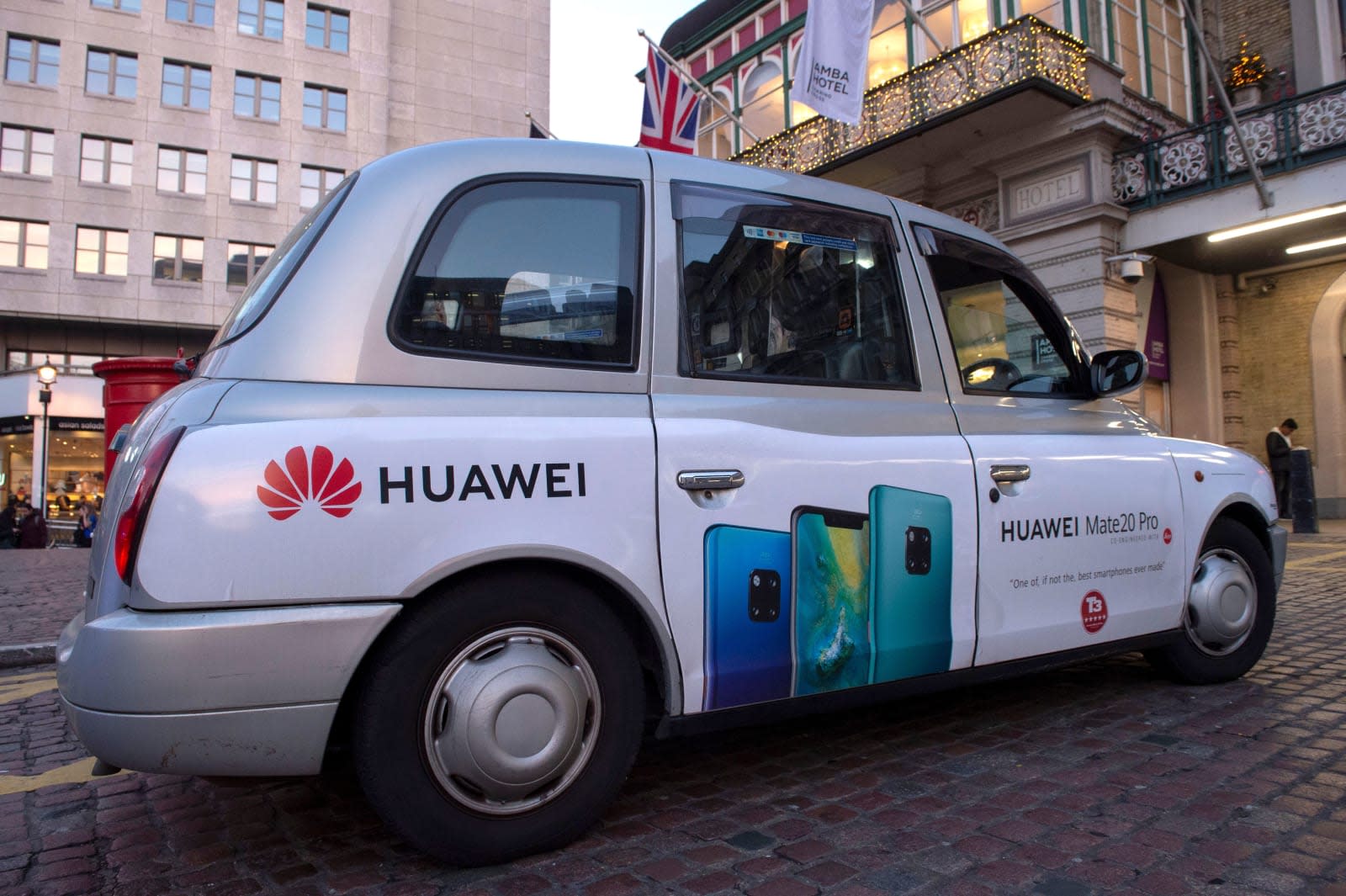 The US may have had some success in persuading allies to ban Huawei equipment from their 5G networks, but not everyone is convinced there's an existential threat. Financial Times sources claim the UK's National Cyber Security Centre has found that it can limit the risks of using Huawei gear in 5G deployments without banning it entirely. This could include using a variety of suppliers and restricting some parts of 5G networks.

You might not hear about these findings for a while. A Digital, Culture, Media and Sport department spokesperson told the FT that the review of 5G security was "ongoing" and that talk of any definitive decisions was "inaccurate." That last statement doesn't necessarily contradict the apparent leak. It's possible that the NCSC has ruled out a blanket ban, but hasn't formally settled on what to do in response.

If that is the agency's conclusion, it could throw the US' agenda off-course. American officials have maintained that Huawei could use its equipment to spy on China's behalf despite a lack of public evidence, and have succeeded in obtaining some device bans both at home and in allied nations like Australia. That's on top of fraud and trade secret charges leveled against the company. If the UK rejects this view, the US will have a tough time persuading other countries to ditch Huawei entirely. The UK has access to some of the most sensitive US intelligence available -- if it's not overly worried about Huawei, other allies may be equally tolerant.

In this article: 5g, china, fiveeyes, gear, huawei, mobile, NationalCyberSecurityCentre, ncsc, networking, politics, spying, surveillance, uk, wireless
All products recommended by Engadget are selected by our editorial team, independent of our parent company. Some of our stories include affiliate links. If you buy something through one of these links, we may earn an affiliate commission.