How screwed is Huawei?

After years of public mistrust, the US government has finally, officially laid out its cases against tech giant Huawei. The Chinese company stands accused of a laundry list crimes ranging from wire fraud to trade-secret theft to violating Iranian sanctions to obstruction of justice — all told, we're looking at 23 charges across two states. (Naturally, the company denies allegations of wrongdoing.) And now that the US government has made its claims against Huawei we're left with one weighty question: Just how screwed is this company, exactly?

Well, it really depends on your definition of "screwed." No matter how hard a stance the US takes against Huawei, it's hard to imagine a scenario in which the world's second-largest smartphone maker goes out of business entirely. Its dominant position in China (not to mention its close ties to the state) makes sure of that. Should US courts ultimately find Huawei guilty of all these charges, the company stands to get slapped with a few fines, at the very least. But considering just how patently unethical Huawei looks, money isn't the only thing it stands to lose -- international trust in the company is eroding already.

Slaps on the wrist?

In sifting through the mountain of trouble Huawei might be up against, it's helpful to prioritize its problems. While it's in some ways the more interesting story, Huawei's T-Mobile trouble is likely to be less problematic for the company. In its unsealed indictment, the US formally accused Huawei of (among other things) attempted theft of trade secrets, conspiracy, wire fraud and obstruction of justice. The really interesting bit to keep in mind is that Huawei and T-Mobile already had their day in court over all this: Huawei claimed the theft was carried out by rogue actors, and a jury awarded T-Mobile nearly $5 million as a result.

That was a civil case, though, and the Justice Department now alleges that Huawei's plan to steal helpful technology extended well beyond some disgruntled employees. It'll be a while before the courts fully deliberate on Huawei's actions here, but recent cases can help give us a rough sense of the possible penalties already. Consider this: Last year, a Chinese wind-energy group called Sinovel was found guilty on counts of trade-secret theft, conspiracy and wire fraud after it stole proprietary software and code from an American company called ASMC.

That list of charges sounds pretty familiar, doesn't it? At the end of it all, Sinovel was forced to pay a $1.5 million fine, plus more than $50 million in restitution to ASMC. That hefty sum was meant in part to help recoup the nearly $800 million in lost revenue ASMC reported, and we already know T-Mobile to tried to get $500 million out of Huawei for the theft of its robotic trade secrets the first time.

If (and that's a pretty big "if") T-Mobile gets what it originally wanted, those hundreds of millions of dollars in damages sounds bad only until you remember that Huawei pulled in more than $100 billion in revenue in 2018. Whatever it'll have to pay to settle with T-Mobile will probably be a drop in the bucket.

Of course, the company stands to pay even more as a result of its illicit operations in Iran. Long story short, Huawei is accused of bringing US-made technology into the sanctioned country through a subsidiary masquerading as a business partner and defrauding the US government and the financial institutions that handled the money on Huawei's behalf. It's hard to see a way Huawei — and its CFO, Meng Wanzhou — getting out of this looking good.

To really get a sense of the possible consequences, it's helpful to look at another Chinese company that found itself in hot water: ZTE. It too was found to have violated US sanctions on Iran for years, and as part of a deal brokered with the US government, the company ultimately paid a $1.2 billion fine. Considering the icy relationship Huawei has had with the government and the deeply questionable nature of the company's worth in Iran, it wouldn't be a surprise to see the United States try to stick Huawei with a similar fine. Shelling out $1 billion is certain to sting, but again, Huawei pulled in more than $100 billion in revenue last year -- as far as fines go, the company might not have to worry too much.

The thing to remember about the ZTE fine, though, is that it ultimately helped prevent ZTE from facing an even more severe penalty. See, ZTE has relied heavily on US chipmaker Qualcomm for the processors that power its premium smartphones and has sourced components from another handful of US companies. By enforcing an order (however short-lived) that effectively banned ZTE from using any of those components, the US aimed the economic equivalent of a revolver at the Chinese company's head. Had that ban actually stuck, ZTE wouldn't exist in its current form.

Huawei could easily find itself staring down a similar threat, though it's unclear how badly it would actually hurt. On one hand, the company designs and produces its own mobile chipsets, so getting cut off from Qualcomm wouldn't matter. Huawei CEO Ren Zhengfei even said as much in an interview with Nikkei, where he noted that a ban of this nature would affect the company but "the impact would not be very big." 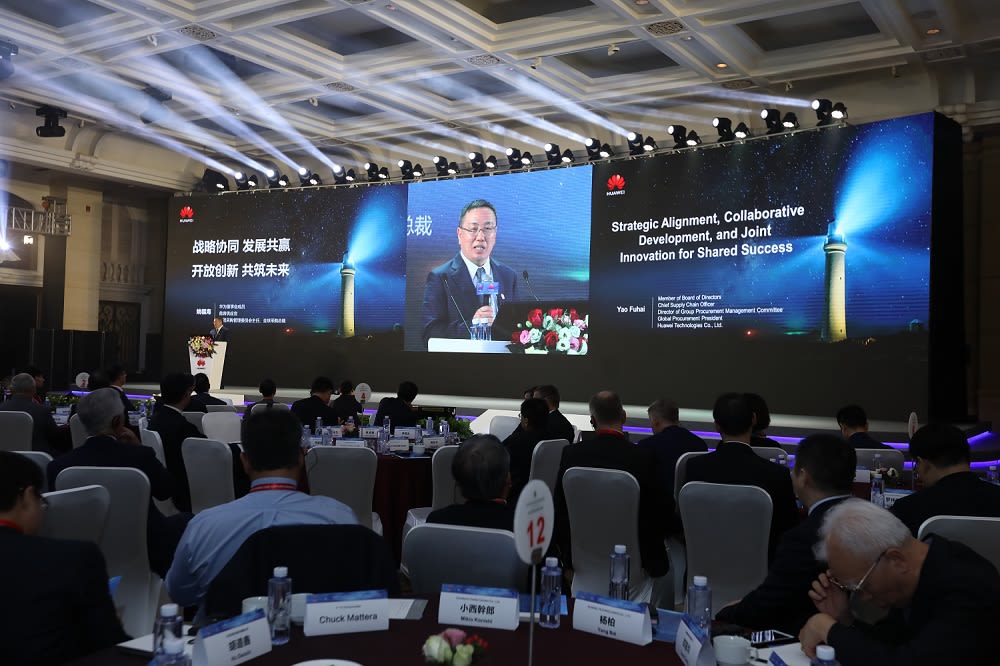 Even so, a list of Huawei's global "core" suppliers released last year included 33 US companies. For now, at least, it's unclear how crucial those relationships are and how quickly Huawei could work around them. Still, it's probably safe to say a ban on selling phones and networking equipment with US-made components would make device sales at least somewhat more difficult in the short term.

Ultimately though, Huawei's networking business stands to suffer even more, especially as carriers and countries around the world gear up to build their own 5G networks. So far, the company's actions in these and other matters have led a handful of countries to rethink their trust in Huawei (where trust existed in the first place, that is).

Huawei devices have been officially banned for US government use, and that's unlikely to change soon. Ditto for Australia and New Zealand. And wireless carriers in France are wary of embracing Huawei. The UK hasn't come out with an official ban, but BT Group -- the company that owns Britain's largest wireless carrier -- has left Huawei off its list of 5G network gear suppliers and purged existing 3G and 4G networks of Huawei equipment. Meanwhile, the Japanese government has put an end to Huawei equipment purchases, and the country's three top wireless carriers are expected to use other suppliers as they continue work on their own 5G networks.

These are major markets embracing the next generation of connectivity, and they collectively represent billions of dollars of network contracts and infrastructure investments. Huawei has been effectively cut out of all of them. Sure, Huawei could shell out millions, possibly billions, in fines by the time the courts in New York and Washington state have their way. But the real problem facing Huawei is the damage it's done to its own reputation. Of course, the trouble with trust extends well beyond these two court cases. They're just two more reasons to be wary, and prolonged wariness only spells more bad news for Huawei.