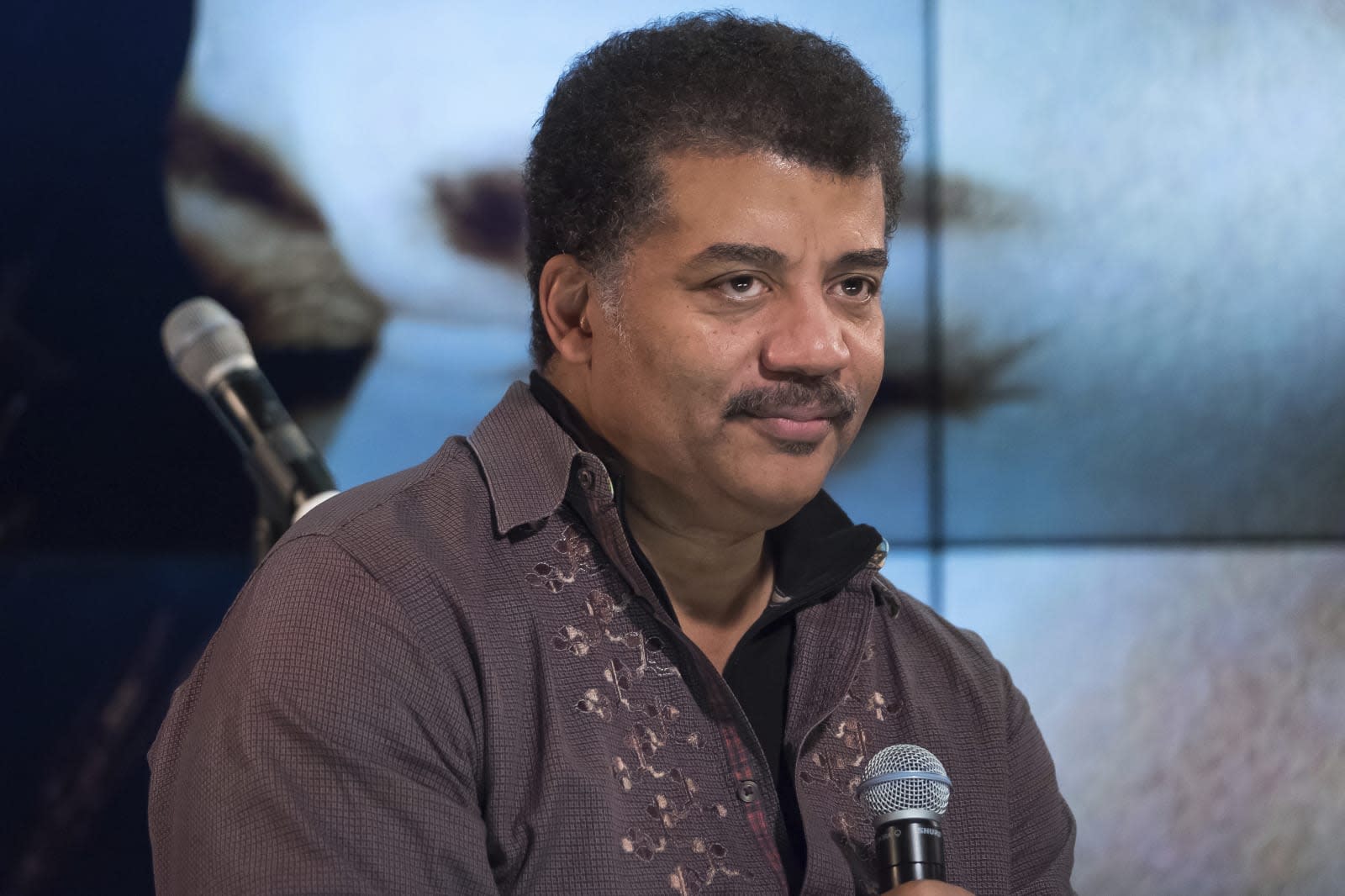 Fox's investigation into sexual misconduct claims against Neil deGrasse Tyson has led to a change of schedule for Cosmos: Possible Worlds. The company has quietly removed the show's season 2 premiere from its March 3 schedule, indicating that it's waiting on the results of the investigation before making a decision on airing the science program. There's no official update on the investigation so far.

National Geographic didn't wait to take at least some action, pulling Tyson's StarTalk show from the air soon after the initial claims emerged.

The investigation started when two women, Dr. Katelyn Allers and former assistant Ashley Watson, alleged that Tyson made unwanted gestures that included groping and sexual overtures. It also followed a 2014 accusation from Tchiya Amet that Tyson had raped her when they were both graduate students. Tyson said that he recalled the first two incidents differently, apologized to Watson for his behavior, and flatly denied Amet's claim.

In this article: astronomy, astrophysics, av, cosmos, cosmospossibleworlds, entertainment, fox, NeilDegrasseTyson, science, sexualmisconduct, space, television, tv
All products recommended by Engadget are selected by our editorial team, independent of our parent company. Some of our stories include affiliate links. If you buy something through one of these links, we may earn an affiliate commission.
Share
Tweet
Share