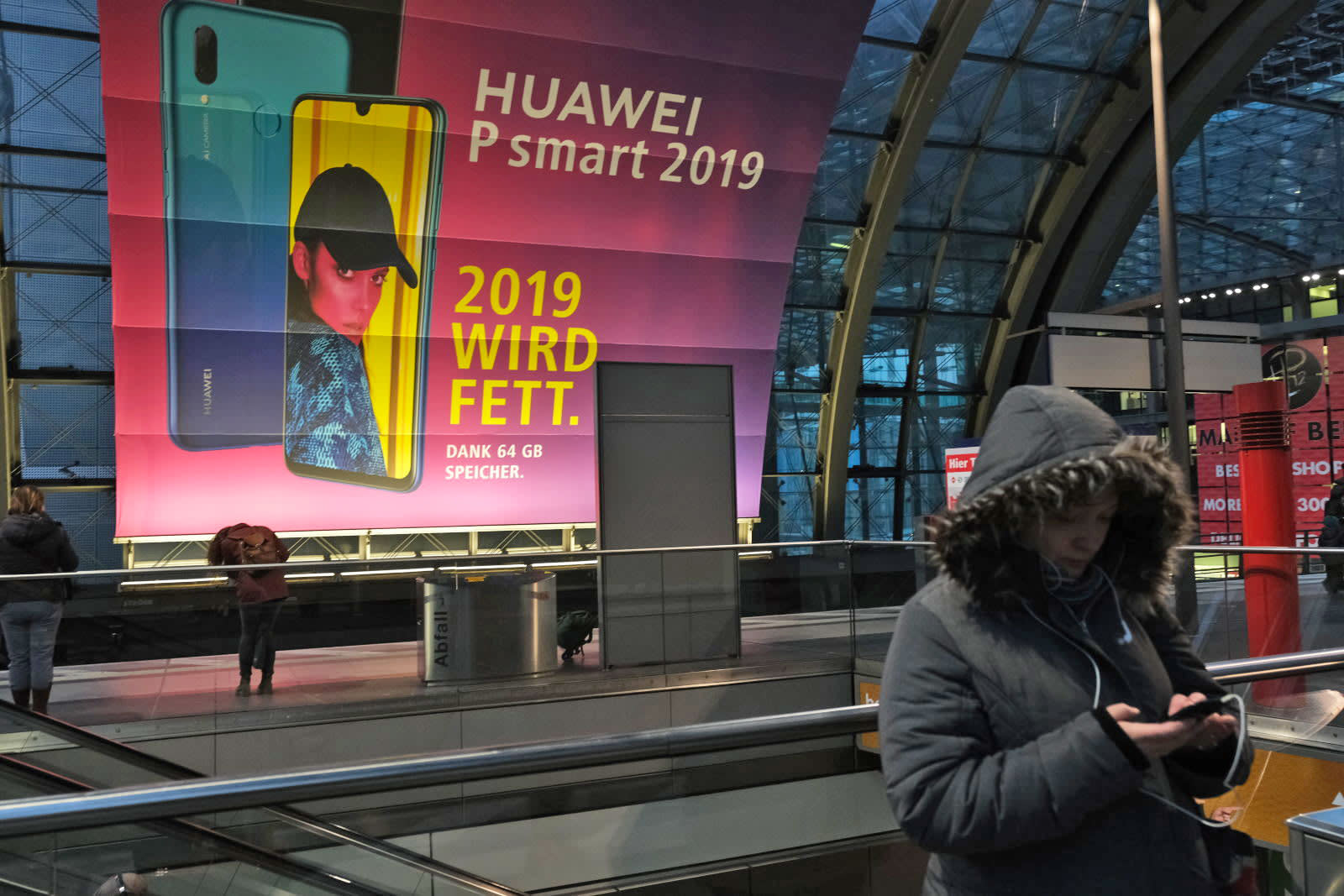 The UK isn't the only country skeptical of American hostility toward Huawei over spying fears. German officials talking to the Wall Street Journal say the country has made a "preliminary decision" to let Huawei bid on contracts for 5G networking despite US pressure to ban the Chinese company. A cybersecurity agency investigation didn't show evidence that Huawei could steal data through its wireless equipment, the officials said, even though the country had US help. It also couldn't find proof that Huawei had done anything wrong, and conversations with the US and UK over potential security holes were ultimately "inconclusive."

Political leaders are expected to discuss the decision on the night of February 19th. There's no guarantee Huawei will receive the greenlight, though. While Chancellor Merkel and other top brass might agree, there's a chance members of the administration and parliament might balk over security fears.

Germany does have incentives to let Huawei in. One of the officials told the WSJ that Germany "missed the boat" on broadband due to its lack of fiber optics, and Huawei would give it a way to catch up without paying as much as it would for alternatives. If there isn't a demonstrable security risk, why hurt the country's chances?

Should the country allow Huawei's involvement, it might foil the US' overall attempts to deter its allies from using Huawei gear. If Germany (and earlier, the UK) believes Huawei gear is acceptable, that could lead other allies to follow suit and continue doing business with the Chinese tech giant. The anti-Huawei campaign might only have a limited effect if there isn't support for it outside of the US and a handful of countries like Australia.

In this article: 5g, china, gear, germany, huawei, mobile, politics, security, spying, surveillance, wireless
All products recommended by Engadget are selected by our editorial team, independent of our parent company. Some of our stories include affiliate links. If you buy something through one of these links, we may earn an affiliate commission.