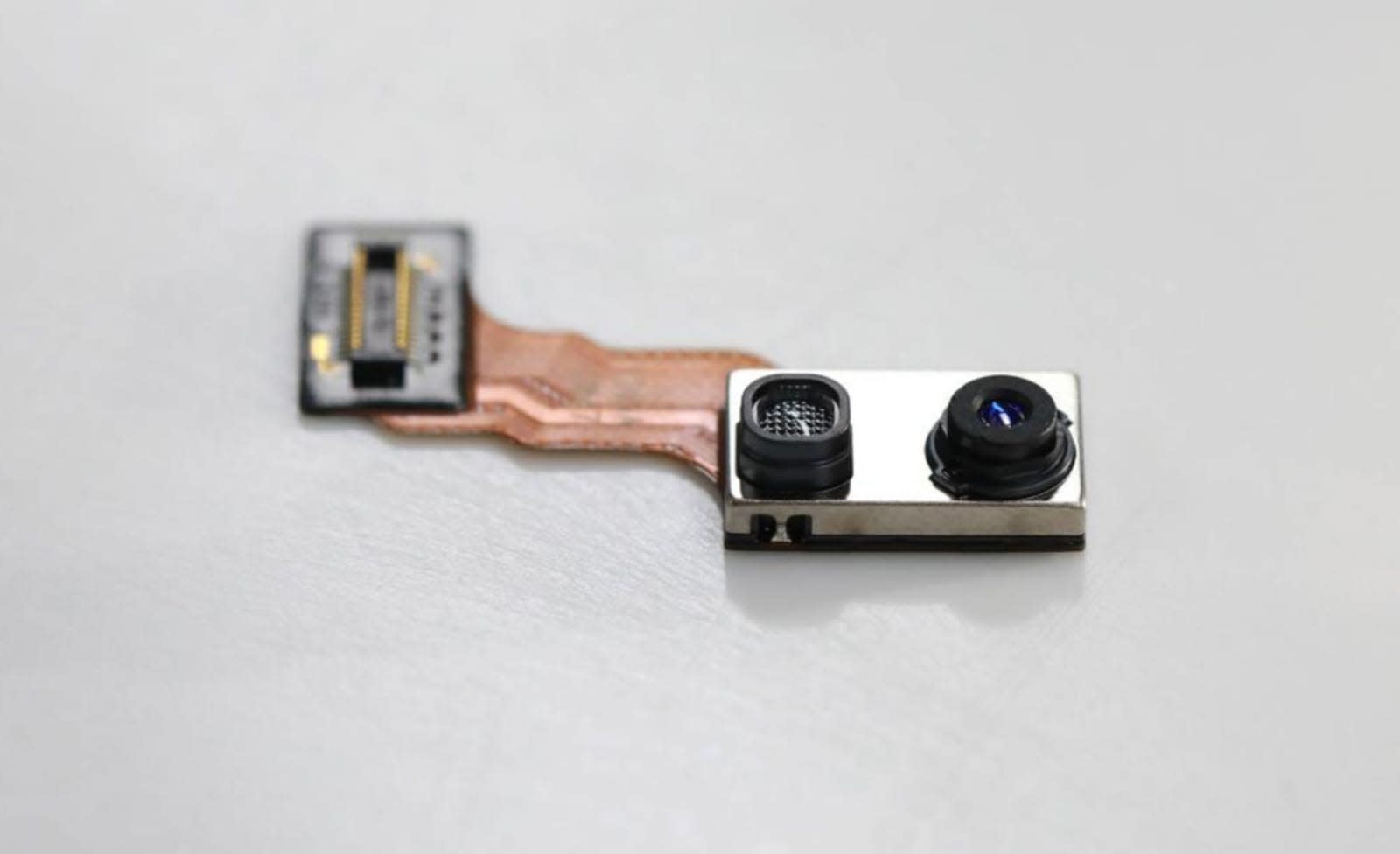 LG has revealed more details about the "Time of Flight" sensor that will likely power the G8 ThinQ's touchless gestures. Built by LG's Innotek division, it reflects infrared light off of a subject, measures how long it takes to return and uses the data to calculate depth. LG said that the tech works over "long" distances, while consuming less power than other 3D tech. As such, it's suitable for face detection ID tech, motion sensing, AR, and more.

It differs from Apple's TrueDepth Face ID tech, which beams thousands of laser dots at a subject, then measures the distortion to calculate depth. Time of Flight, by contrast, measures distances like radar, and is similar to what Microsoft used in its Xbox One Kinect. It can, in theory, deliver more accurate results for biometric scans, augmented reality and more.

LG said that on top of face detection, it could let you run commands using your face and hands without touching the screen. "So, there would be no need to take your gloves off to touch the smart phone in freezing cold weather," it said. That info seems to jibe with LG's "Goodbye, Touch" promo for the G8 ThinQ, set to be unveiled on February 24th at MWC 2019 in Barcelona.

In addition to promoting its own mobile devices, LG seems anxious to sell the technology to other industries. With the compact size, it can be "easily applied to PCs, wearable devices, home electronics and automobiles," the company wrote. In a car, for instance, drivers could use hand gestures to control the radio, AC or GPS, letting them keep their eyes on the road.

With its own smartphone business dwindling, LG is likely looking at Samsung and Sony's success in selling components for smartphones and other gadgets. It's no doubt hoping that Innotek can make it a player in the 3D sensor module business.

In this article: AR, DepthCamera, gear, lg, mobile, Module, Sensor, TimeOfFlight
All products recommended by Engadget are selected by our editorial team, independent of our parent company. Some of our stories include affiliate links. If you buy something through one of these links, we may earn an affiliate commission.