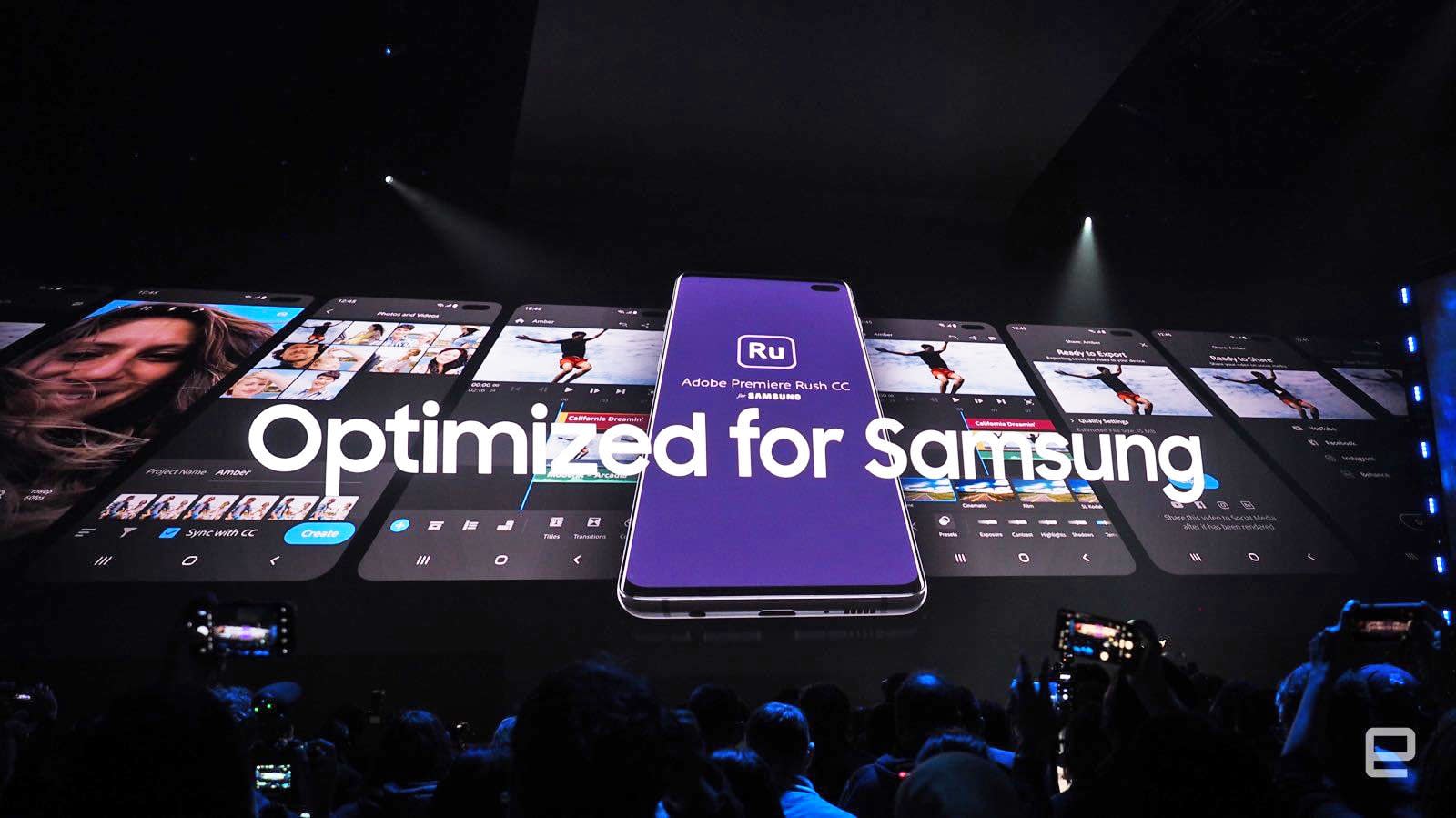 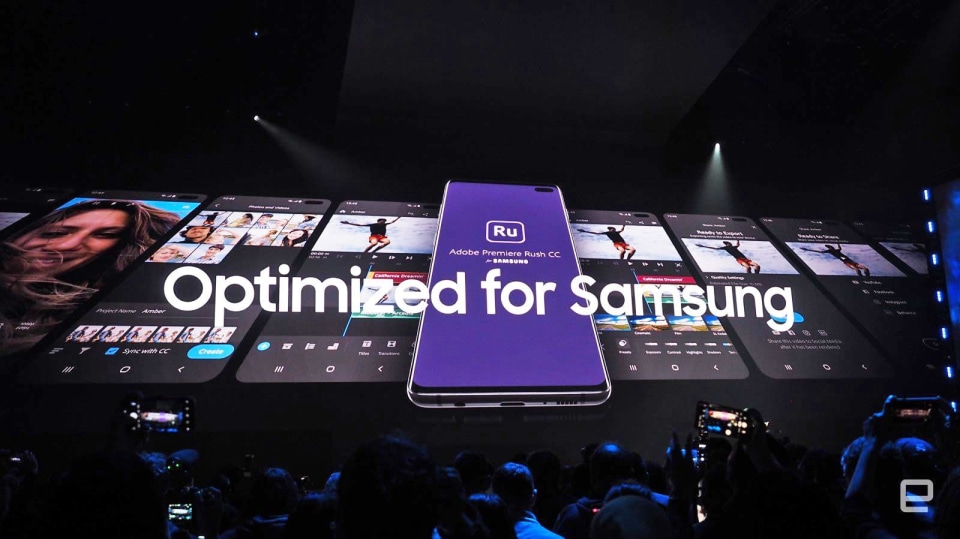 Samsung is making a big play for video creators who don't want the friction of having to go back to their computers to edit their clips. At the company's Galaxy S10 event, the company announced that a custom version of Adobe's Premiere Rush will be coming to the handset later this year.

Right now, it's available on iOS devices, so long as you pay the usual dues to Adobe, and a generic Android version is due at some point this year. It's not clear what optimizations have been made to suit the Galaxy S10, and if Samsung has arranged a discount for handset buyers.

In this article: Adobe, Adobe Premiere Rush, gear, mobile, S10, S10e, S10Event, Samsung
All products recommended by Engadget are selected by our editorial team, independent of our parent company. Some of our stories include affiliate links. If you buy something through one of these links, we may earn an affiliate commission.