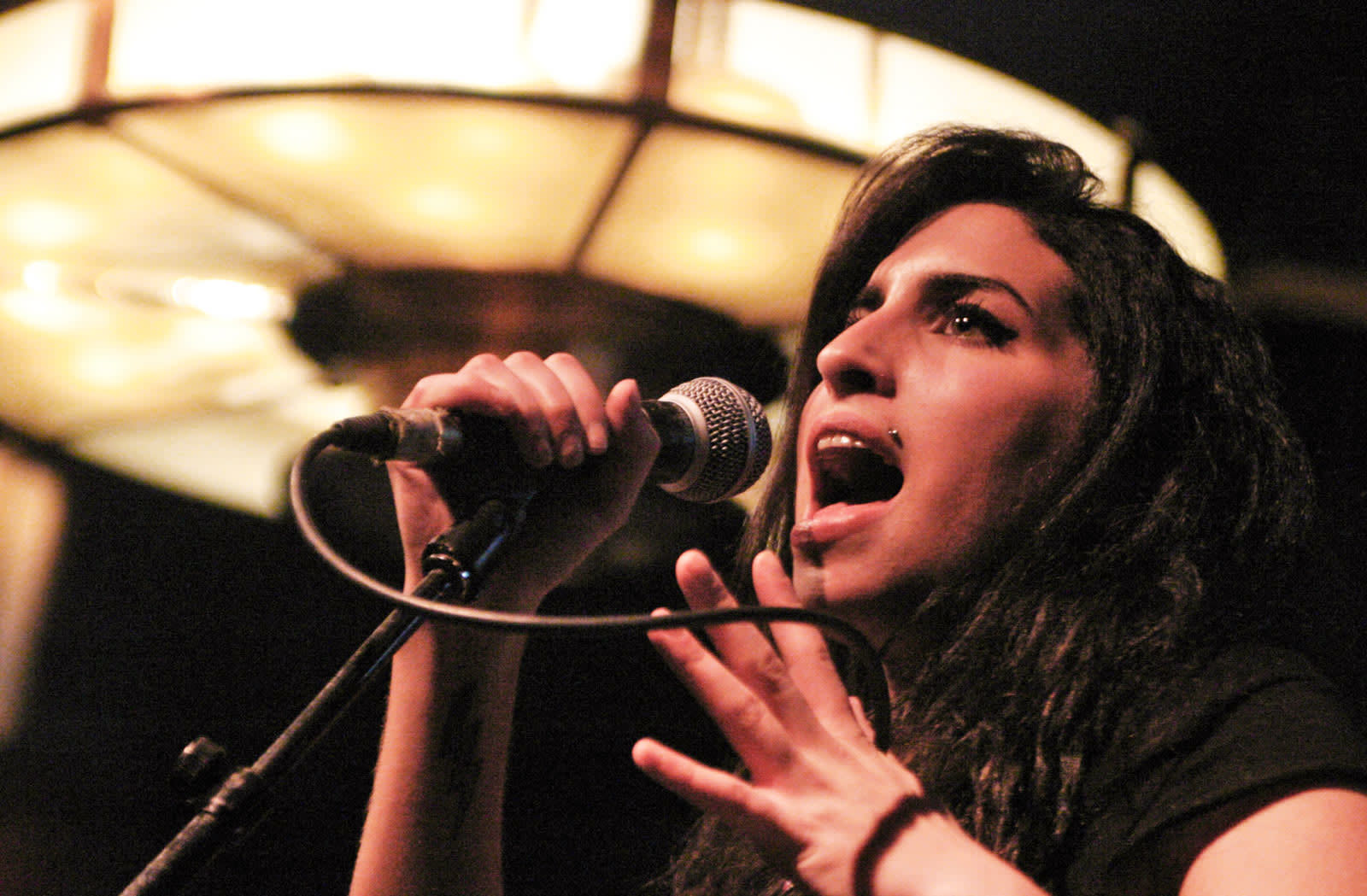 If you were hoping to catch Amy Winehouse's hologram tour this year, you may have to settle for a big-screen biopic instead. BASE Hologram, the company behind the production, announced on Twitter yesterday that it is "putting the tour on hold until we determine the best path to a creatively spectacular production" that would properly honor the singer's legacy. Apparently, the company has run into "unique challenges and sensitivities."

The rather vague announcement does not detail what kind of challenges the LA-based company ran into, but it's probably fair to say the technology just isn't there yet. Hologram performances aren't entirely new. Deceased performers including Tupac and Biggie Smalls have graced the stage as beams of light, and ABBA could go on tour later this year.

But this isn't the first time a major company has pulled the plug. As Variety reported last year, a planned Whitney Houston hologram tour fell through when Houston's estate accused Hologram USA of failing to deliver a lifelike holographic representation of the singer. In Winehouse's case, it's possible fans were disappointed that holograms as they imagine -- 3D digital replicas created from video footage -- don't actually exist. GQ reported that BASE Hologram planned to choreograph footage using a body double with a CGI 3D mask, not actual Winehouse film.

BASE first announced plans for the three-year Winehouse hologram tour in October. It was planned in partnership with the Amy Winehouse Foundation, and the Winehouse family was onboard. Winehouse's father even called the hologram tour a "dream." That same month, the family also announced plans for a biopic with Monumental Pictures. As far as we know, the film hasn't been slowed by any "unique challenges or sensitivities."

In this article: amy winehouse, av, BASE Hologram, entertainment, hologram, tour, winehouse
All products recommended by Engadget are selected by our editorial team, independent of our parent company. Some of our stories include affiliate links. If you buy something through one of these links, we may earn an affiliate commission.