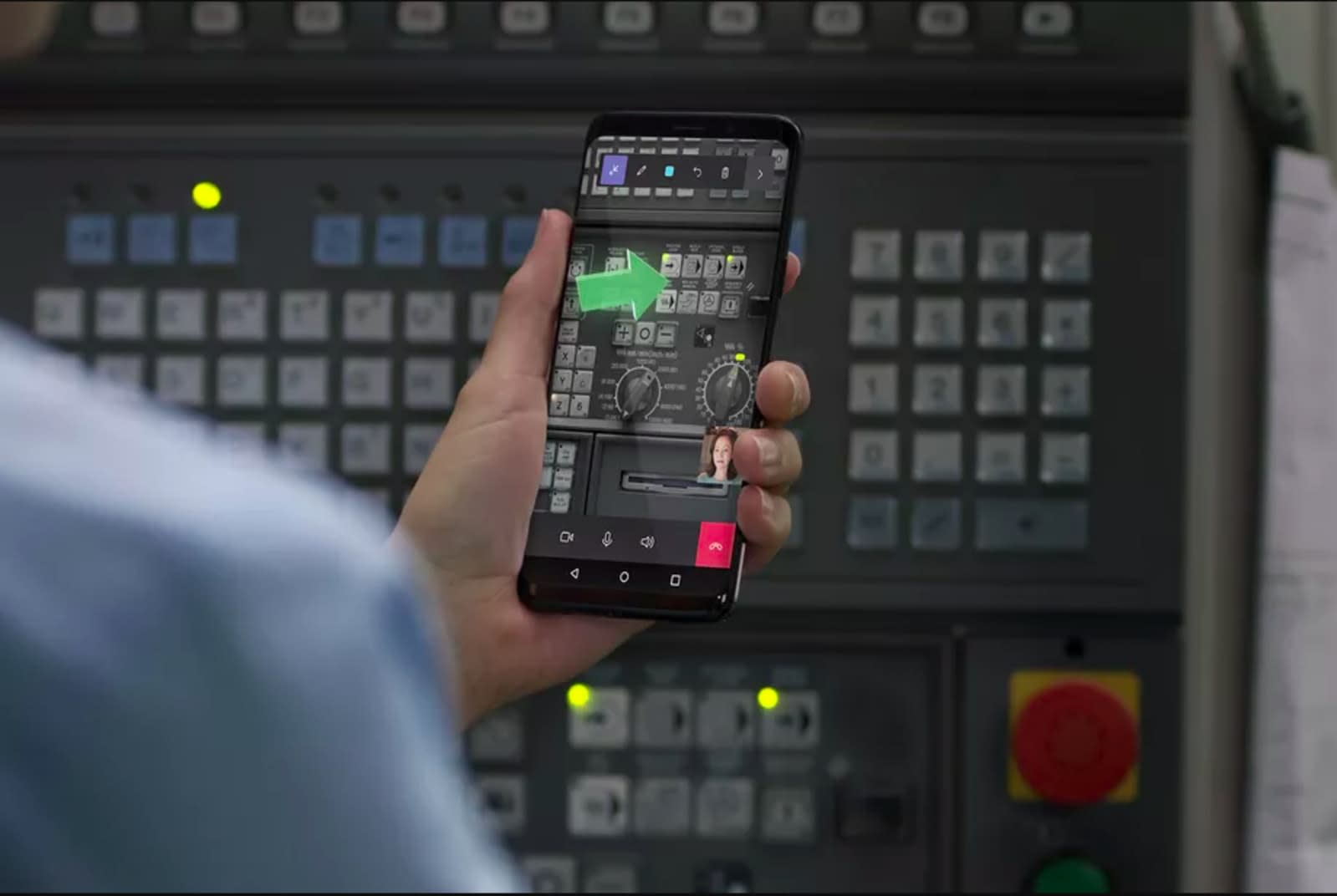 Hololens 2 may be right around the corner, but before then Microsoft is giving Android users a spin on its Mixed Reality platform. The company is launching its Remote Assist app on Android and Product Visualize 365 on iOS as previews this April, according to The Verge. Instead of a Hololens headset, the two apps harness smartphone AR for workplace troubleshooting and sales respectively. Alas, that means they're not aimed at the general public.

Unveiled last summer, Remote Assist on Hololens lets you collaborate with people while letting them see through your eyes using the headset's camera. For instance, a more experienced colleague could guide you through a problem by drawing augmented reality annotations for you to follow. On Android, Microsoft is simply swapping out Hololens for a smartphone. This opens up the app to a broader spectrum of professionals who already use their handset at work and don't require a headset. By targeting professionals, Microsoft is also building on its Hololens niche in contrast with Google and Apple's consumer-friendly AR apps.

Product Visualize 365, meanwhile, is a completely new software exclusively for iOS. It's aimed at professionals in sales, allowing them to create scaled-down previews of larger products like vehicles and heavy machinery. The app is getting its start on iOS with a Hololens version expected in the near future.

In this article: android, ar, augmented reality, gear, hololens, ios, microsoft, mobile
All products recommended by Engadget are selected by our editorial team, independent of our parent company. Some of our stories include affiliate links. If you buy something through one of these links, we may earn an affiliate commission.