Microsoft has hinted it could reveal the long-awaited HoloLens 2 next month. It sent out invites to a press event taking place on February 24th, which CEO Satya Nadella, CVP Julia White and technical fellow Alex Kipman will host. Given the names involved, it seems Microsoft has something significant up its sleeve. Kipman is the creator of HoloLens, so his presence suggests Microsoft will have at least some news on the latest version of its mixed reality headset. 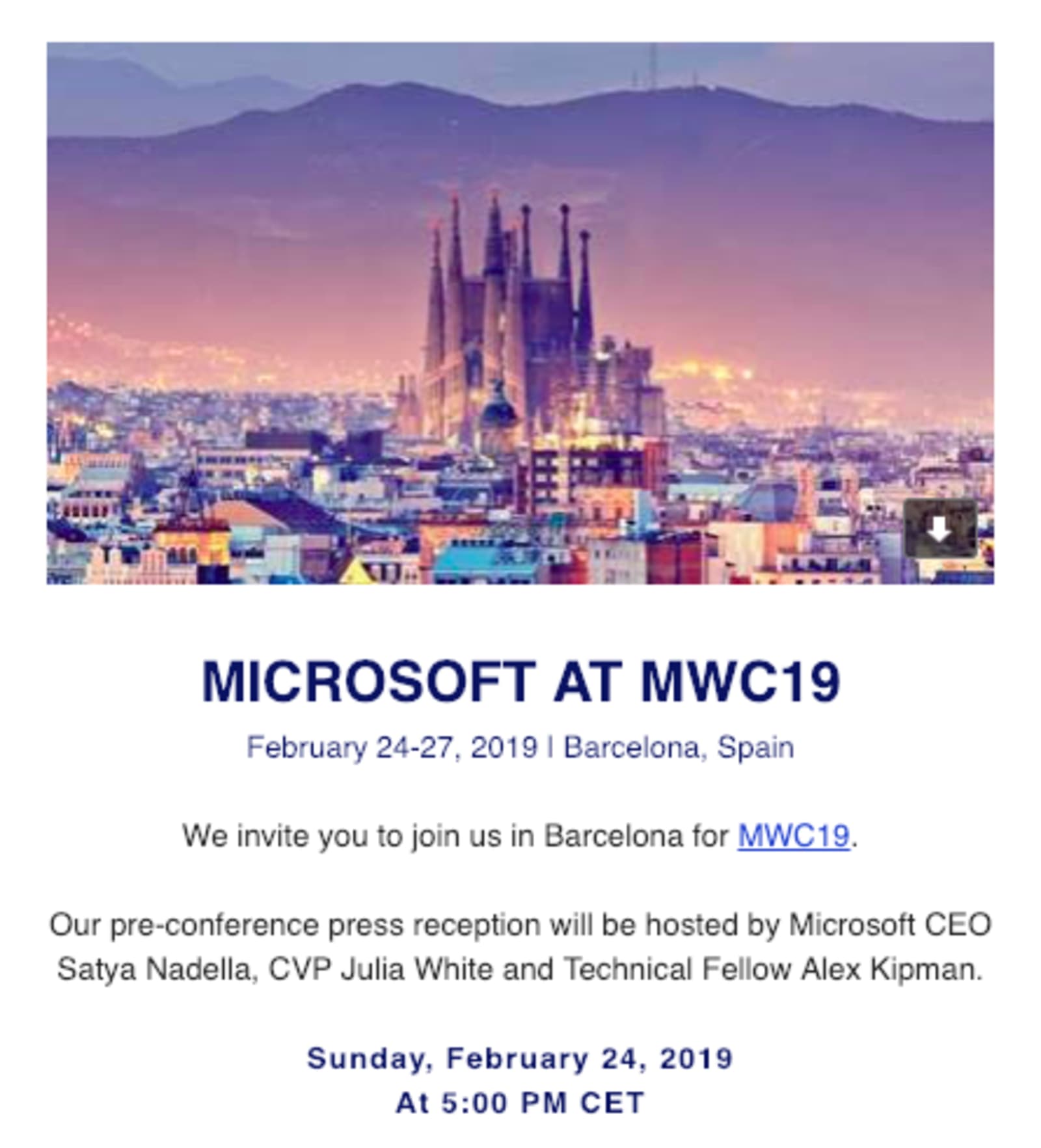 Rumors had suggested Microsoft would unveil HoloLens 2 late last year or early 2019, so this event fits that timeline. Reports have indicated Microsoft will use Qualcomm's 850 or XR1 chip to power the system -- Qualcomm designed the latter specifically for VR and AR headsets. It supports 4K video at 60 frames per second, along with 3D overlays and directional audio. HoloLens 2 will include a custom AI chip, Microsoft has confirmed, and reports suggest the upcoming headset will be more comfortable than its predecessor.

All products recommended by Engadget are selected by our editorial team, independent of our parent company. Some of our stories include affiliate links. If you buy something through one of these links, we may earn an affiliate commission. All prices are correct at the time of publishing.
Microsoft might surprise us with HoloLens 2 next month
alexkipman
gadgetry
gadgets
gear
hololens
hololens2
juliawhite
microsoft
mobileworldcongress
mobileworldcongress2019
mwc
mwc2019
satyanadella