Oppo phone with 10x zoom camera will launch this spring

The company sheds more light on its upcoming triple-camera module.

Following the teaser from mid-January, today Oppo held an event just ahead of MWC to talk more about its upcoming 10x "lossless" camera zoom technology. This will still be enabled by a triple-camera module, but now we know that from top to bottom, it'll start with a 48-megapixel high-resolution main camera, followed by a 120-degree ultra-wide camera and a stealthy periscopic telephoto camera. Together, these cameras cover a range of 16mm to 160mm, hence the 10x zoom rating.

As mentioned last time, both the main camera and the telephoto camera come with optical image stabilization, and today we were told that the latter has a stabilization accuracy of up to 0.001445 degrees -- apparently a 73-percent improvement over its 5x zoom counterpart, which is much welcomed. Oppo is also quite proud of the fact that it's managed to keep this triple-camera module to just 6.76mm thick, while also limiting its volume by packaging the autofocus motors for the top two cameras into one space. This tightly packed module means there's less excuse for any missing feature -- namely a headphone jack or NFC. We shall see. 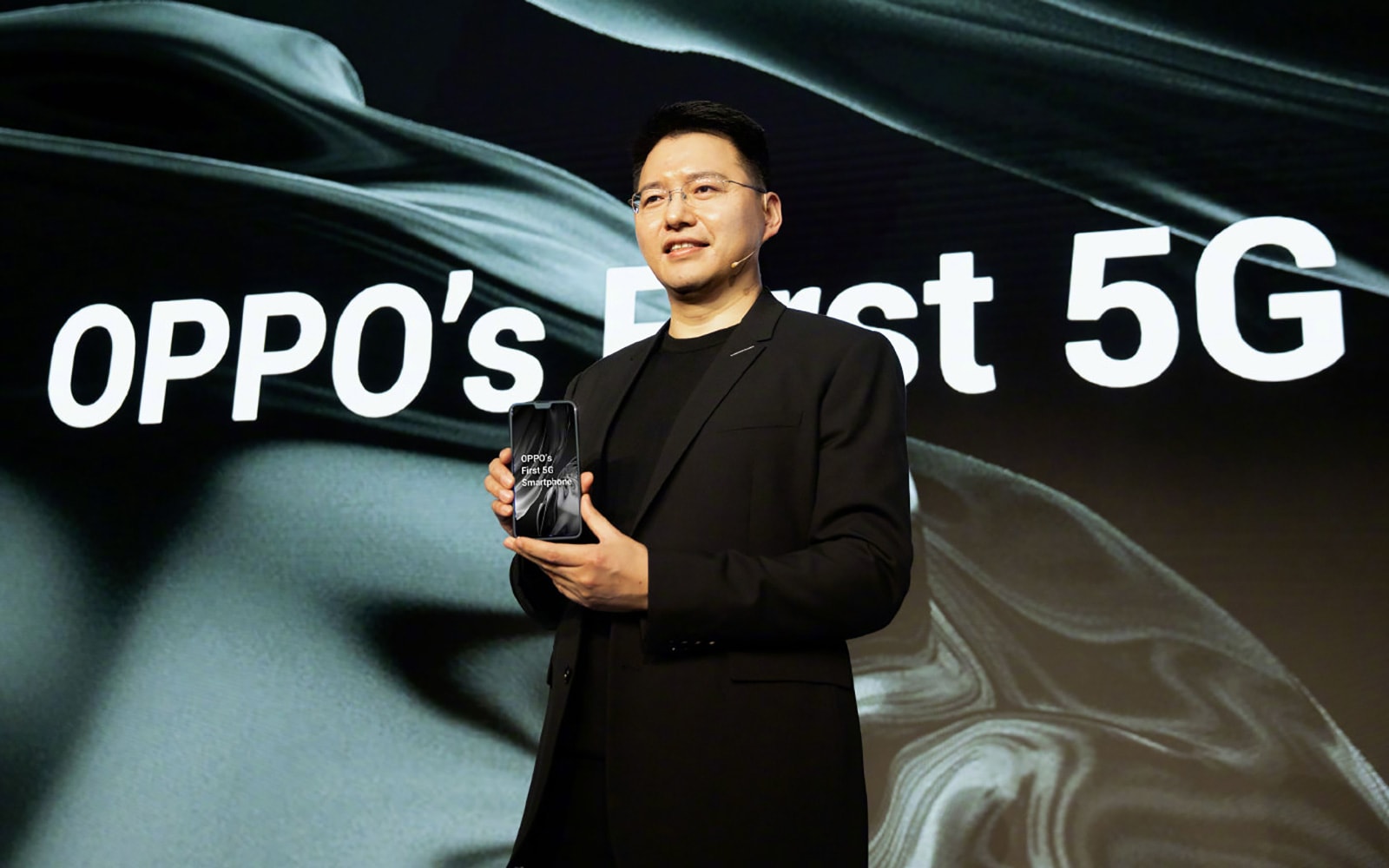 At the same event, Oppo also briefly showed off its upcoming 5G smartphone -- powered by Qualcomm's Snapdragon 855 chipset -- on stage, and added that it will be collaborating with Swisscom, Telstra, Optus and SingTel on pushing out 5G services. And of course, no 5G smartphone reveal these days are complete without a shout-out to Qualcomm, so Oppo pulled a OnePlus and got the chip maker's president Cristiano Amon to go on stage and wax lyrical about 5G. We're pretty sure Amon will be pulling similar stunts at more events (ka-ching!) over the next few days, anyway.

While there's no word on when we'll be seeing Oppo's first 5G smartphone in the market, the company did share that its 10x zoom camera phone will be launching in Q2 this year. Obviously, we'll be keeping a close eye on further updates for both devices.

All products recommended by Engadget are selected by our editorial team, independent of our parent company. Some of our stories include affiliate links. If you buy something through one of these links, we may earn an affiliate commission. All prices are correct at the time of publishing.
Oppo phone with 10x zoom camera will launch this spring
10x
5g
breeno
gear
mobile
mwc2019
oppo
smartphone
zoom