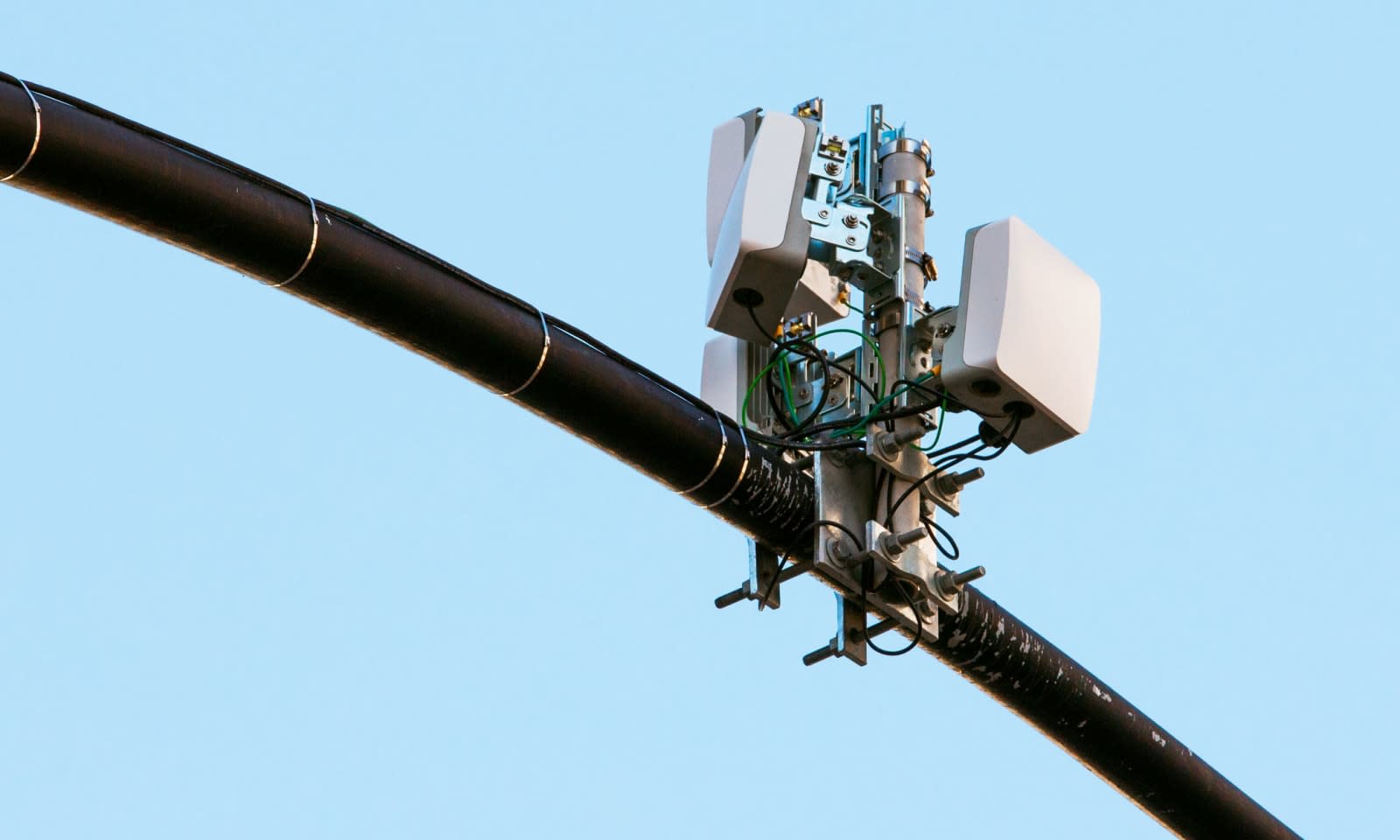 Facebook's open-source Terragraph WiFi technology will power 5G home broadband in Alameda, California. Unveiled in 2016, the 60GHz millimeter-wave wireless tech is designed to bypass cost-prohibitive fiber-optic lines by blasting the internet through buildings along a network of short-distance cell towers. The Terragraph device itself can be attached to existing infrastructure, like a street lamp or apartment building.

Common Networks -- a Silicon Valley startup that uses 60 GHz millimeter-wave frequency for its 5G WiFi service -- has announced that it will use Facebook's system in Alameda, a suburban area that, like many others across the US, is grappling with slow and unreliable internet. Last August, the company raised $25 million, money it said it would put toward expanding its network beyond its home of San Francisco. In Alameda, Common Networks is currently offering speeds of 1 gigabit per second for $50 a month.

The startup is among the first companies to use the open-source Terragraph system in the US, which is also being tested in parts of downtown San Jose as part of a pilot program. Facebook announced last year that Qualcomm would put Terragraph tech in its chipsets, allowing manufacturers to build 60GHz broadcast equipment, with plans to commence trials of the tech in mid-2019.

It all forms part of Facebook's quest to build the internet itself in a bid to connect rural areas, both at home and abroad. Other ventures include its now-defunct Aquila connectivity drone and the Athena satellite. The latter will likely help Facebook expand its Internet.org program to bring basic web access to underserved parts of the world.

In this article: common networks, facebook, gear, gigabit internet, internet, terragraph, wifi, wireless internet
All products recommended by Engadget are selected by our editorial team, independent of our parent company. Some of our stories include affiliate links. If you buy something through one of these links, we may earn an affiliate commission.