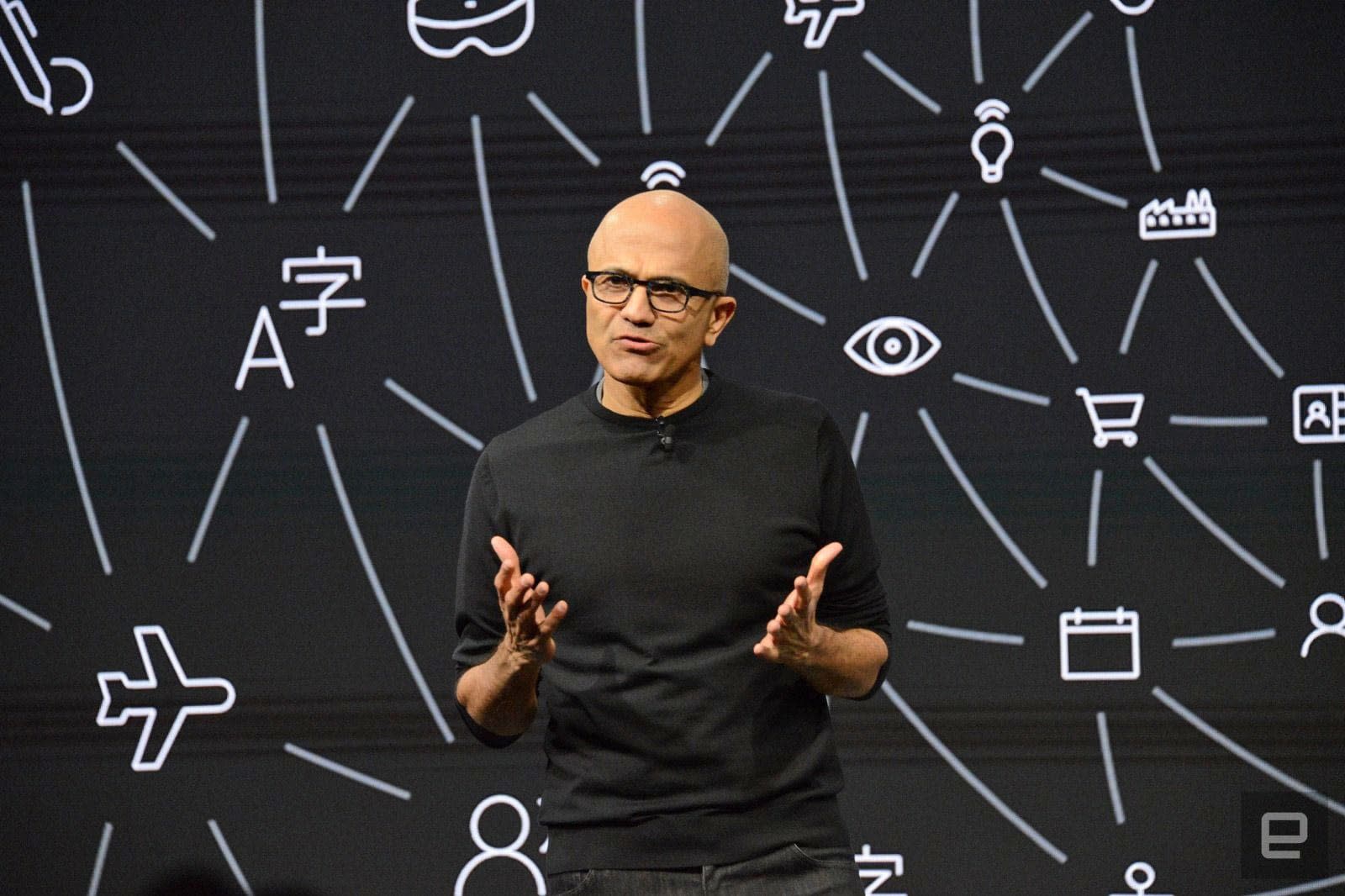 Microsoft employees objecting to a US Army HoloLens contract aren't likely to get many concessions from their company's leadership. CEO Satya Nadella has defended the deal in a CNN interview, arguing that Microsoft made a "principled decision" not to deny technology to "institutions that we have elected in democracies to protect the freedoms we enjoy." The exec also asserted that Microsoft was "very transparent" when securing the contract and would "continue to have that dialogue" with staff.

The $479 million contract would supply HoloLens to help prototype an augmented reality system for troops both in training and in combat. It would provide battlefield awareness on the front line, and could help medics both gather vital health data and communicate with doctors. Microsoft and the Army have pitched HoloLens as a potentially life-saving tool, but objectors have argued that it's turning peaceful technology into a game-like weapon that detaches soldiers from the reality of war.

This isn't the first time Microsoft workers have protested its involvement with certain government projects. It came under fire last year after people discovered a post showing that its Azure cloud team was "proud" to support ICE. Its response wasn't entirely the same, though. While Nadella unambiguously defended the HoloLens contract, the company justified its ICE involvement by noting that its technology wasn't being used for the agency's more contentious practices. It's not willing to give the US government a total pass, then -- it just doesn't believe the Army's particular HoloLens use is problematic.

In this article: army, augmentedreality, gear, headset, hololens, microsoft, military, mixedreality, satyanadella, wearables
All products recommended by Engadget are selected by our editorial team, independent of our parent company. Some of our stories include affiliate links. If you buy something through one of these links, we may earn an affiliate commission.