US Army to use Microsoft’s Hololens for combat missions

The $480 million contract could triple the number of headsets in the market.

Microsoft's Hololens has already been used by a number of armies for training, but it's about to go to another level. The US Army has awarded Microsoft a $480 million contract to supply the headset for live combat missions as well as training, according to Bloomberg. The aim, according to a government description, is to "increase lethality by enhancing the ability to detect, decide and engage before the enemy."

The US Army encouraged non-traditional military suppliers like Microsoft, Magic Leap and others to bid on the contract. It wanted a device that could allow for night vision, the ability to measure breathing and other vital signs, offer hearing protection and monitor for signs of concussion. It's not clear yet how Microsoft will bring those capabilities to Hololens.

"Augmented reality technology will provide troops with more and better information to make decisions. This new work extends our longstanding, trusted relationship with the Department of Defense to this new area," Microsoft told Bloomberg in a statement. 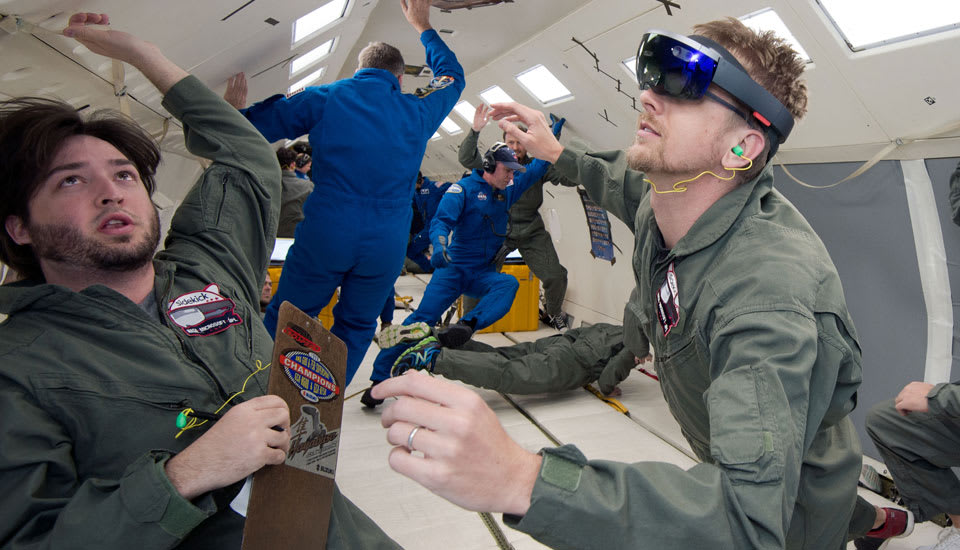 The headset has never really been sold as a consumer product, but it's popular with enterprises for manufacturing, training, marketing and other purposes. It's also been used by ISS astronauts (above) for training and troubleshooting chores.

Only about 50,000 units have been sold so far, according to a recent Microsoft video. By contrast, the US Army might buy as many as 100,000 headsets, essentially tripling sales. At the moment, the HoloLens goes for $3,000 to developers or $5,000 for businesses to use commercially. Microsoft will reportedly release a new, cheaper model in early 2019. In any case, the US Army isn't exactly known for paying retail prices, and the contract will no doubt include software development and other services.

Google was criticized heavily, particularly by its employees, for its Project Maven AI military contract, and elected to pass on a $10 billion Pentagon AI Cloud contract by principal. It's not clear if Microsoft will get the same kind of pushback on the contract to supply Hololens units, which will be used in live combat. Microsoft employees recently signed a petition criticizing its contract with US Immigration and Customs Enforcement (ICE).

Microsoft recently said, however, that the company would not stop selling software to the US military. President and Chief Legal Officer Brad Smith wrote last month that employees with ethical concerns would be allowed to switch projects.

"We've appreciated that no military in the world wants to wake up to discover that machines have started a war," he said. "But we can't expect these new developments to be addressed wisely if the people in the tech sector who know the most about technology withdraw from the conversation."

All products recommended by Engadget are selected by our editorial team, independent of our parent company. Some of our stories include affiliate links. If you buy something through one of these links, we may earn an affiliate commission. All prices are correct at the time of publishing.
US Army to use Microsoft’s Hololens for combat missions
Battlefield
gear
Hololens
LiveCombat
microsoft
Missions
Training
USArmy
wearables