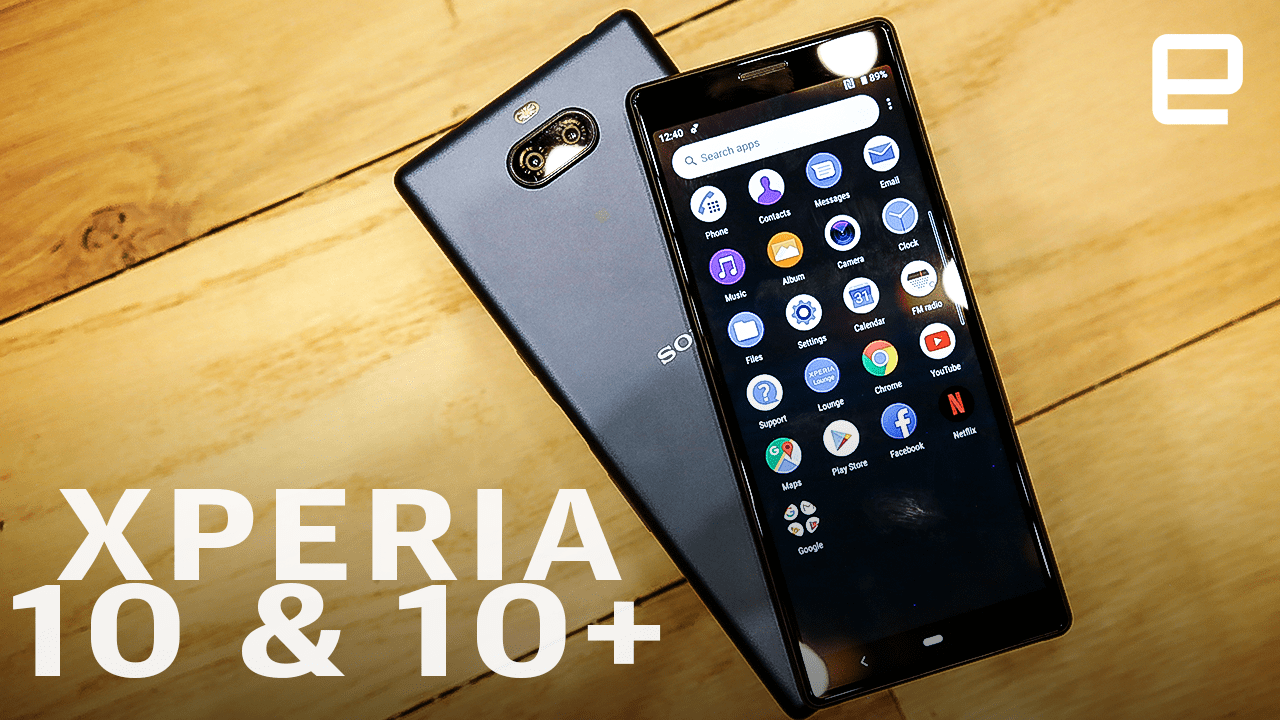 Sony's smartphones have grown increasingly niche over the past two years -- but that's not a bad thing. The company honed its efforts on cameras and displays, pushing out intriguing handsets that are aimed squarely at the multimedia enthusiast. In 2019, the company's new group CEO Kenichiro Yoshida will have replaced Kaz Hirai for about a year, and big changes are coming. For one, the Xperia phones are getting new names -- say goodbye to the XZ, XA and XYZ (that last one's a joke). Instead, the Xperia 1 is your new Sony flagship and the Xperia 10 and 10 Plus are its latest midrange handsets. We got to see the Xperia 1 very briefly and went hands-on with the 10 and 10 Plus. In addition to simplifying its naming convention, Sony is drastically switching up the aspect ratio on its smartphones. The Xperia 1, 10 and 10+ all sport 21:9 ultrawide screens that Sony says is what filmmakers tend to shoot in. According to the company, streaming services like Netflix, Prime Video, YouTube and Sony Pictures already deliver content in 21:9. Films like Spiderverse, for example, were shot in the wide format and naturally spread over the panels.

That's all part of Yoshida's mission to focus on the company's expertise in "creative entertainment." The goal is to put professional-grade tech in its handsets to reach creators who want to capture and produce high-end content on the go. Not only can you see more in a 21:9 screen, you can record extra content with the cameras on the new Xperias themselves. 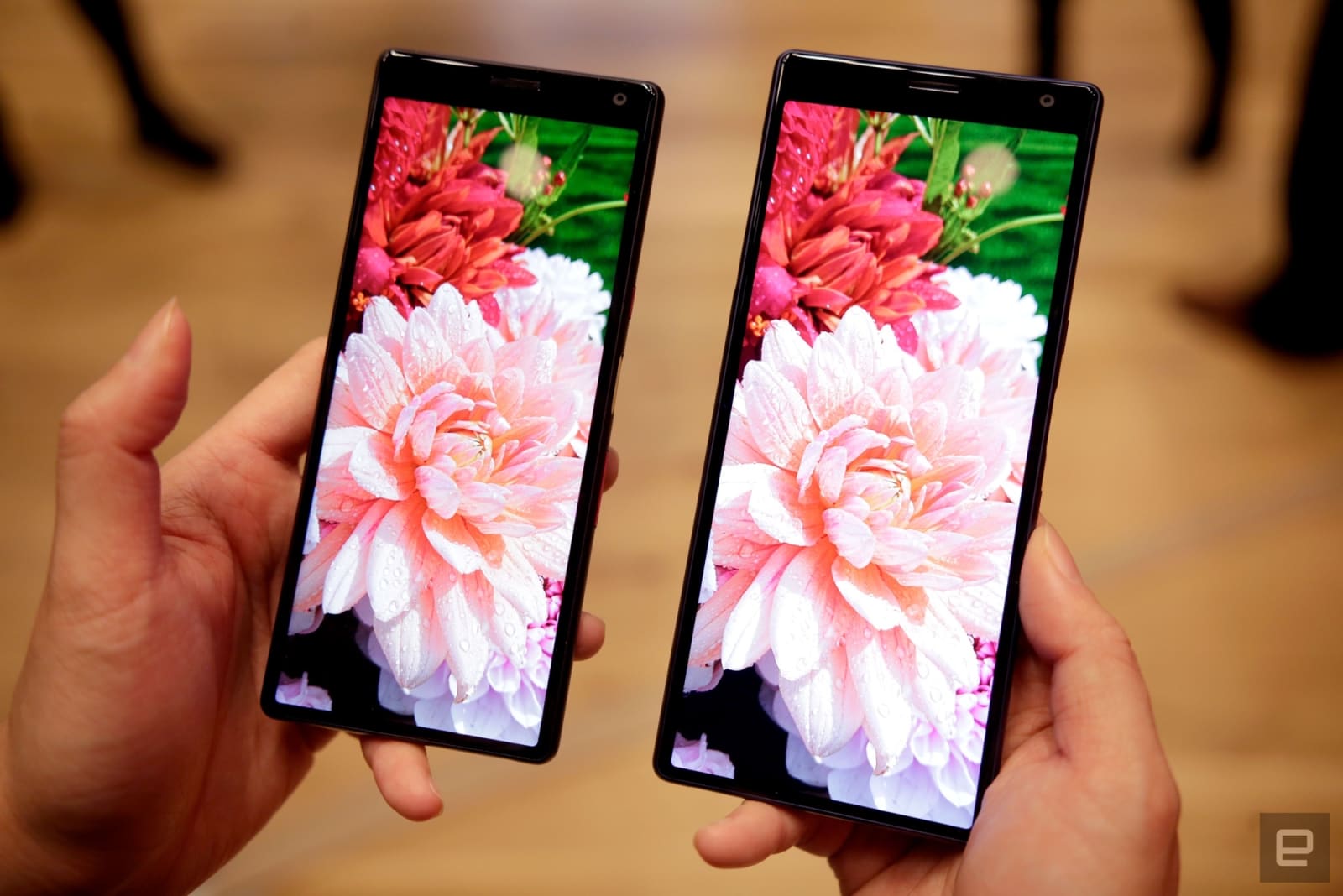 With the added height, you can also see more while multitasking. For example, when I split the Xperia 10+'s screen between a browser and a texting app, I appreciated the extra room when typing, since a keyboard popped up and I was essentially sharing the space between three windows.

There's more than enough screen on the Xperia 10 and 10+ to go around, since they're 6-inch and 6.5-inch respectively. Both screens are full HD, delivering bright and vibrant colors during our hands-on. To make multitasking on these taller panels easier, Sony built in a shortcut called Side Sense with AI that lets you swipe in from the side, then pick the apps you want to open concurrently. This is helpful when navigating the phone with one hand, since its extra height would make it slightly difficult to hold for those accustomed to "regular" displays.

In future (Sony hasn't clarified when), the company wants to make it possible to ask Google Assistant to open apps in multi-window mode. So you could theoretically say "Hey Google, open Instagram and Gallery in multi-window mode" to launch both of those in split-screen at once. 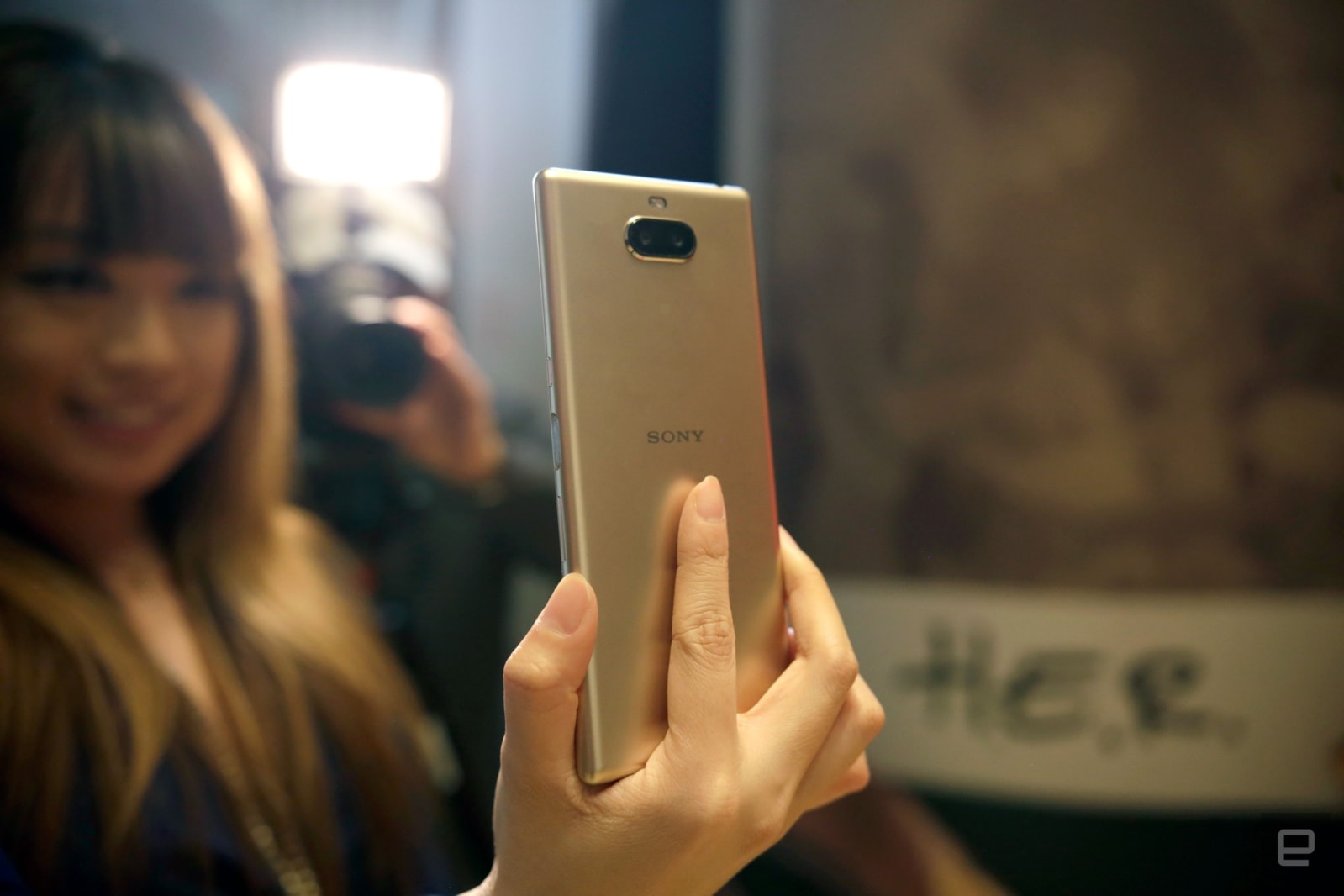 The Xperia 10 and 10 Plus succeed the XA2 and XA2 Ultra, and the new phones don't deviate much from their predecessors' designs. The 10+ also uses the midtier Snapdragon 636 CPU (while the 10 has the 630), but pack smaller batteries and lower-resolution cameras. The Xperia 10 and 10 Plus both have dual rear cameras (13-megapixel / 5-megapixel and 12-megapixel / 8-megapixel respectively), compared to their predecessors' single lens setups. I didn't get to test the cameras out very thoroughly, though I must say that the wider screen does allow for a roomier landscape shot. You can also shoot in 21:9 in 4K with the Xperia 10s, and the larger of the pair has a 2x optical zoom lens for more versatility.

Sony hasn't shared a price for either yet, but they'll be available through stores like Amazon and Best Buy in the US from March 18th. As much as I'm impressed that Sony brought nice 21:9 screens to its midrange line, I can't help but feel that the more interesting phone is the Xperia 1 flagship. Unfortunately, we weren't able to use the phone for a proper hands-on at our briefing, but we'll be sure to check it out here at MWC 2019, so stay tuned for our detailed impressions. In this article: gadgetry, gadgets, gear, mobile, mwc2019, smartphone, sony, sony xperia, sony xperia 1, sony xperia 10, sony xperia 10 plus, xperia
All products recommended by Engadget are selected by our editorial team, independent of our parent company. Some of our stories include affiliate links. If you buy something through one of these links, we may earn an affiliate commission.