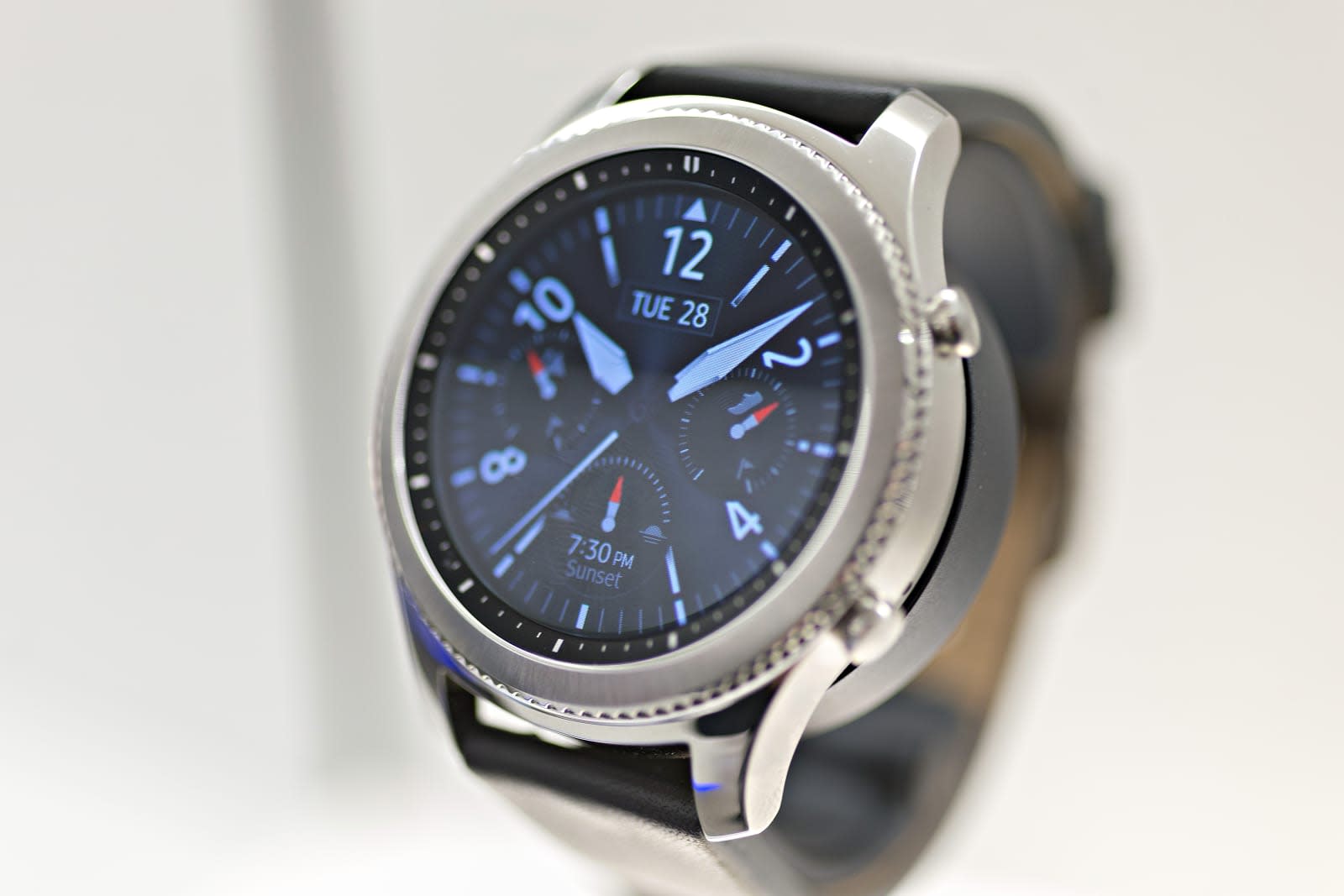 Just days after Samsung unveiled its latest Galaxy Watch, the tech titan is in hot water over its existing range of smartwatches. Swatch Group -- the watchmaker behind the Tissot, Omega, Rado and Swatch brands -- has filed a a complaint against Samsung Electronics and its American arm over trademark infringements. The Swiss company claims the downloadable watch faces for Gear Sport, Gear S3 Classic and Frontier smartwatches "bear identical or virtually identical marks" to its own trademarks.

Swatch Group is now calling for a trial where it plans to seek more than $100 million in damages, according to Reuters. It also alleges unfair competition and unfair business practices on Samsung's part. The watchmaker said it launched the legal action in the US because that's where its trademarks were registered.

Swatch, like other traditional watch makers, is fiercely protective of its designs. Back in 2014, it was among several companies that sent takedown requests to sites hosting smartwatch faces that allegedly violated copyrights. And while it's only dipped a toe into wearables -- first with a mobile payments timepiece and then a hard-to-find Tissot smartwatch in 2016 -- it has reportedly hoarded over 173-plus smartwatch patents, ranging from concepts for data-transmitting batteries to proximity sensors.

"This unabashed copying of the Trademarks can have only one purpose -- to trade off the fame, reputation, and goodwill of the Swatch Group Companies' products and marks built painstakingly over decades," Swatch Group said in a filing to the US District Court for the Southern District of New York.

Samsung lets smartwatch owners swap out its default, pre-loaded watch faces with new ones via the Galaxy Wearable smartphone app. It also boasts a Galaxy Watch Designer beta software which developers can use to upload custom designs.

In this article: business, gear, samsung, smartwatch, swatch, trademark, trademark infringement, wearables
All products recommended by Engadget are selected by our editorial team, independent of our parent company. Some of our stories include affiliate links. If you buy something through one of these links, we may earn an affiliate commission.