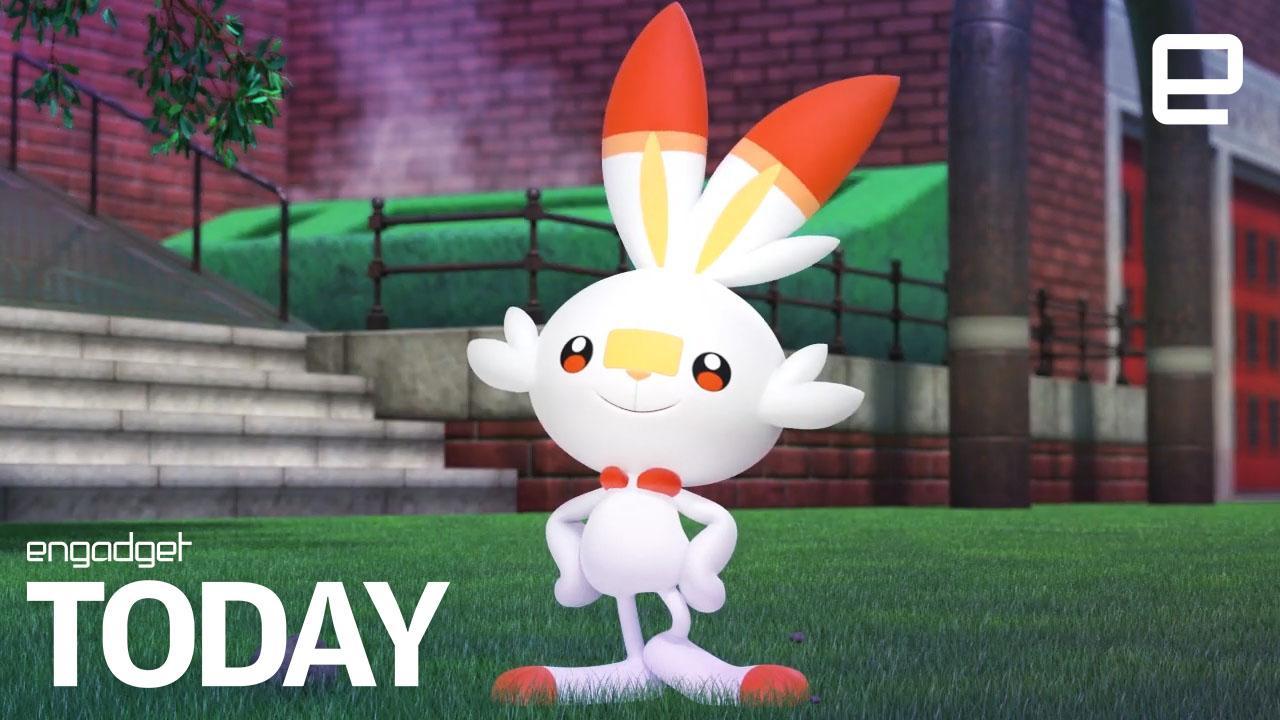 Nintendo and Game Freak have been promising an honest-to-goodness Pokémon role-playing game for the Switch for years, and they're nearly ready to deliver. They've unveiled Pokémon Sword and Pokémon Shield, the first entries in the core RPG franchise for Nintendo's current console. The initial clips only provide so much detail, but they do suggest a change from the classic top-down perspective to a horizontal view. And of course, there's new material. You can expect a new region, Galar, as well as three new starter critters: Grookee (a grass character), Scorbunny (fire) and Sobble (water).

It's aimed at both veteran players as well as newcomers who might only be familiar with Let's Go.

The title arrives sometime in late 2019. It's not clear if the series will make a successful transition to the Switch, but there's no doubt that there's pent-up demand. There hasn't been a release in the core series since Ultra Sun and Ultra Moon in 2017, and those were really just "director's cut" versions of the 3DS games from the year before. The Switch is already selling well, and a fresh Pokémon game could keep that hot streak going.

In this article: AOLoriginals, av, Daily show, DailyShow, engadget, Engadget Today, EngadgetToday, EngadgetVideo, entertainment, gamefreak, games, gaming, nintendo, pokemon, pokemonshield, pokemonsword, rpg, switch, thepokemoncompany, video, videogames
All products recommended by Engadget are selected by our editorial team, independent of our parent company. Some of our stories include affiliate links. If you buy something through one of these links, we may earn an affiliate commission.