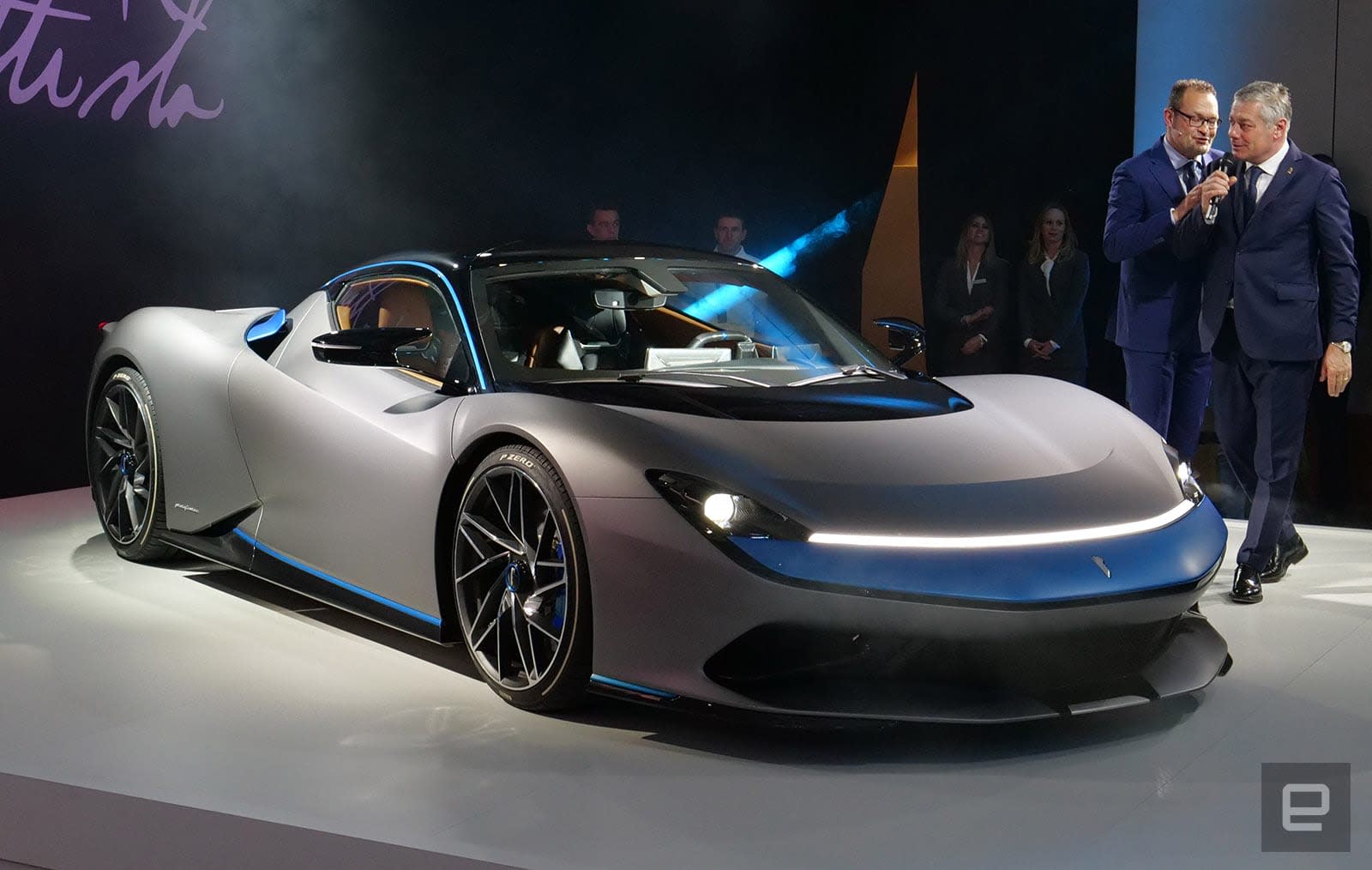 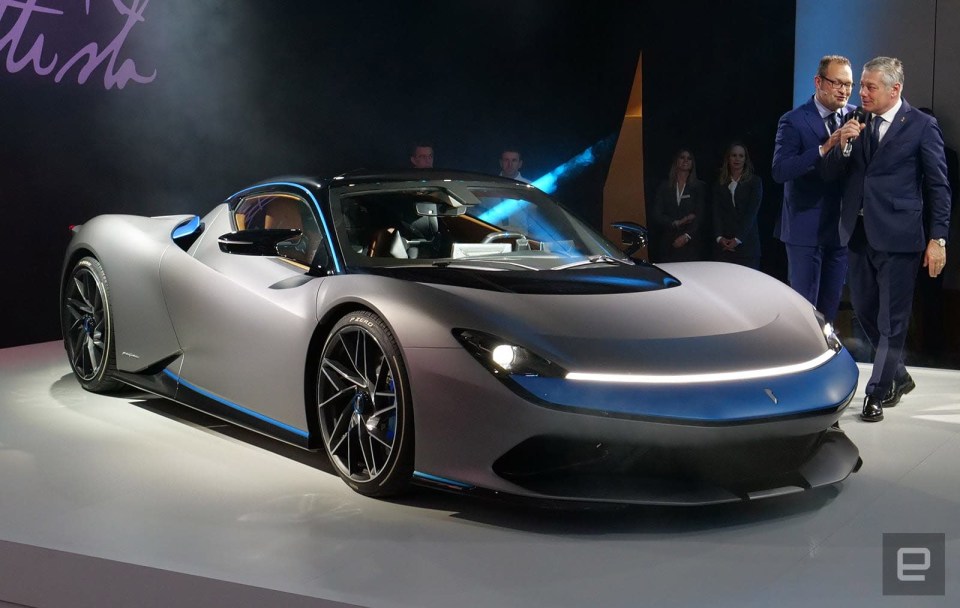 The aggressive EV looks like it's searching for the nearest track, and is evocative of Pininfarina's many Ferrari and other designs. The company has yet to reveal a price, but only 150 copies will be built, exactly like Rimac's Concept Two. So imagine the most money you can pay for a car, double it, and you might have the Battista's price. After Pininfarina pulled the wraps off the Battista, I saw a car that was pretty interesting from nearly every angle. As you'd expect from an experienced design company, it didn't hit any false notes, other than a rear-end that looked slightly too large from directly behind. Given its heritage, I'm a bit surprised that Pininfarina didn't unveil a red car (there will be white, gray and blue versions), but the white model at least has red accents.

Last year at Geneva, Rimac unveiled the Concept Two, which is also a 1,900 horsepower EV hypercar. It too, will be built in a limited 150 car production run, so it's hard not to see Pininfarina's Battista as a pure rival. At the same time, Pininfarina might be starting off "easy" with an expensive, limited edition car, with plans to ramp up to cheaper EVs to compete with Porsche, Audi, Jaguar and others. The Battista will be built in partnership with Mahindra Racing and and enlist performance car experts that worked on Porsche's Mission E and other EVs. Pinifarina calls it a "halo car" for a future range of luxury EVs. Despite the ridiculous performance and power, it's a true, 100 percent electric car with zero emissions -- quite a halo, indeed.

In this article: 1900HP, Battista, gear, geneva motor show 2019, Pininfarin, Supercar, transportation
All products recommended by Engadget are selected by our editorial team, independent of our parent company. Some of our stories include affiliate links. If you buy something through one of these links, we may earn an affiliate commission.