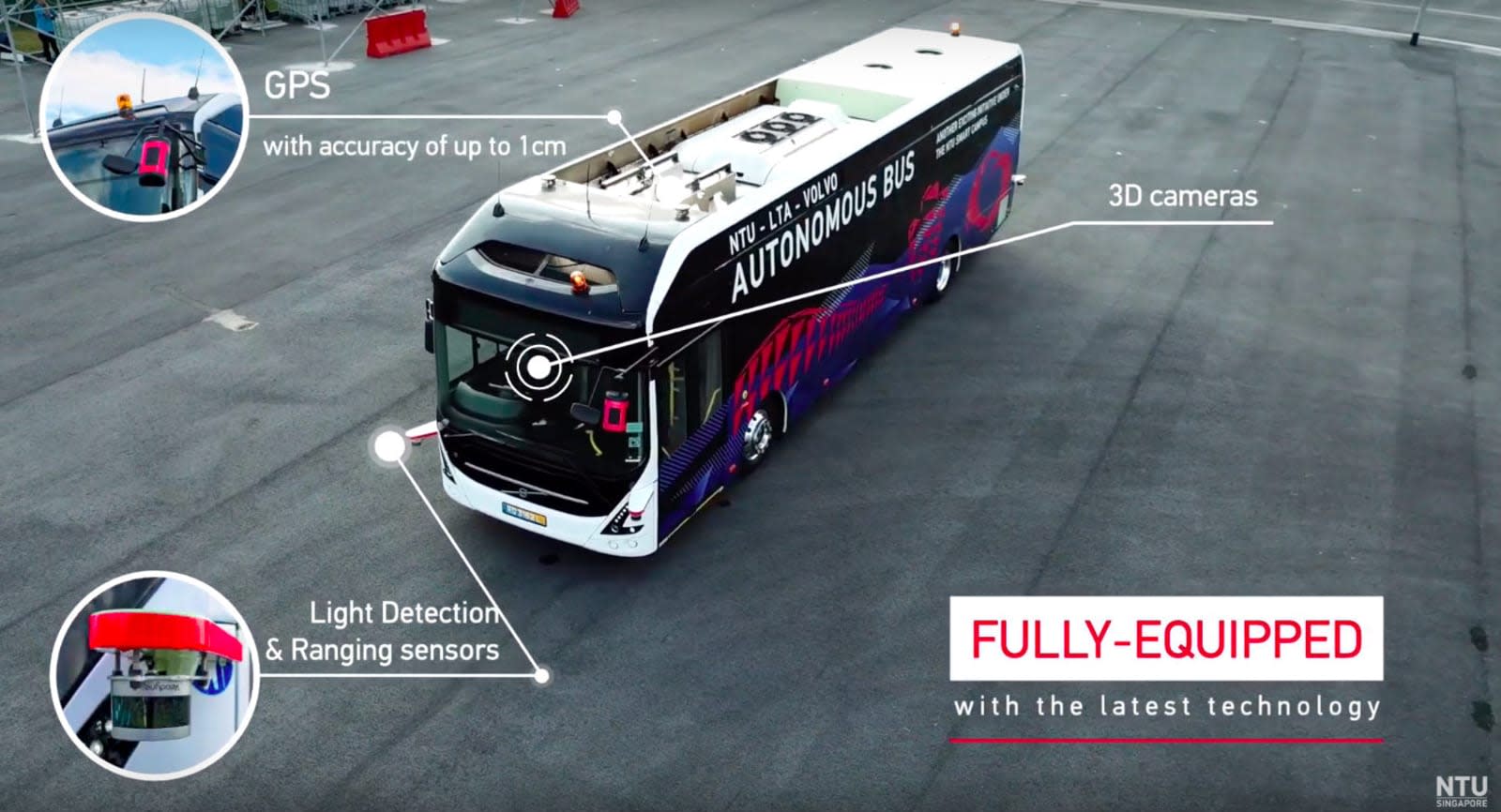 Universities have proven solid training grounds for self-driving shuttles in Michigan and Melbourne. Now, a campus in Singapore is set to test a full-sized autonomous bus from Volvo. The Swedish auto-maker's single-deck 7900 electric vehicle will carry up to 80 passengers at a time from the Nanyang Technological University (NTU).

Meanwhile, a second Volvo self-driving bus will undergo a trial at a bus depot managed by the country's public transport operator. Chances are both will eventually join the fleet of driverless transit vehicles, including smaller mini-vans and full-sized buses, due to hit three regions in Singapore in 2022. The UK and Japan are also planning similar autonomous transport initiatives of their own.

The Volvo 7900 electric bus packs 36 seats and releases "zero emissions." NTU claims it consumes 80 per cent less energy than an equivalent-sized diesel bus. The university has been at the heart of Singapore's autonomous transit experiments, previously even building a "mini-town" for driverless bus trials. It joined forces with Volvo to develop the 7900 in early 2018.

In this article: autonomous vehicles, buses, driverless, gear, nanyang technological university, self-driving bus, singapore, TL19AUTOBUS, tomorrow, transportation, volvo
All products recommended by Engadget are selected by our editorial team, independent of our parent company. Some of our stories include affiliate links. If you buy something through one of these links, we may earn an affiliate commission.