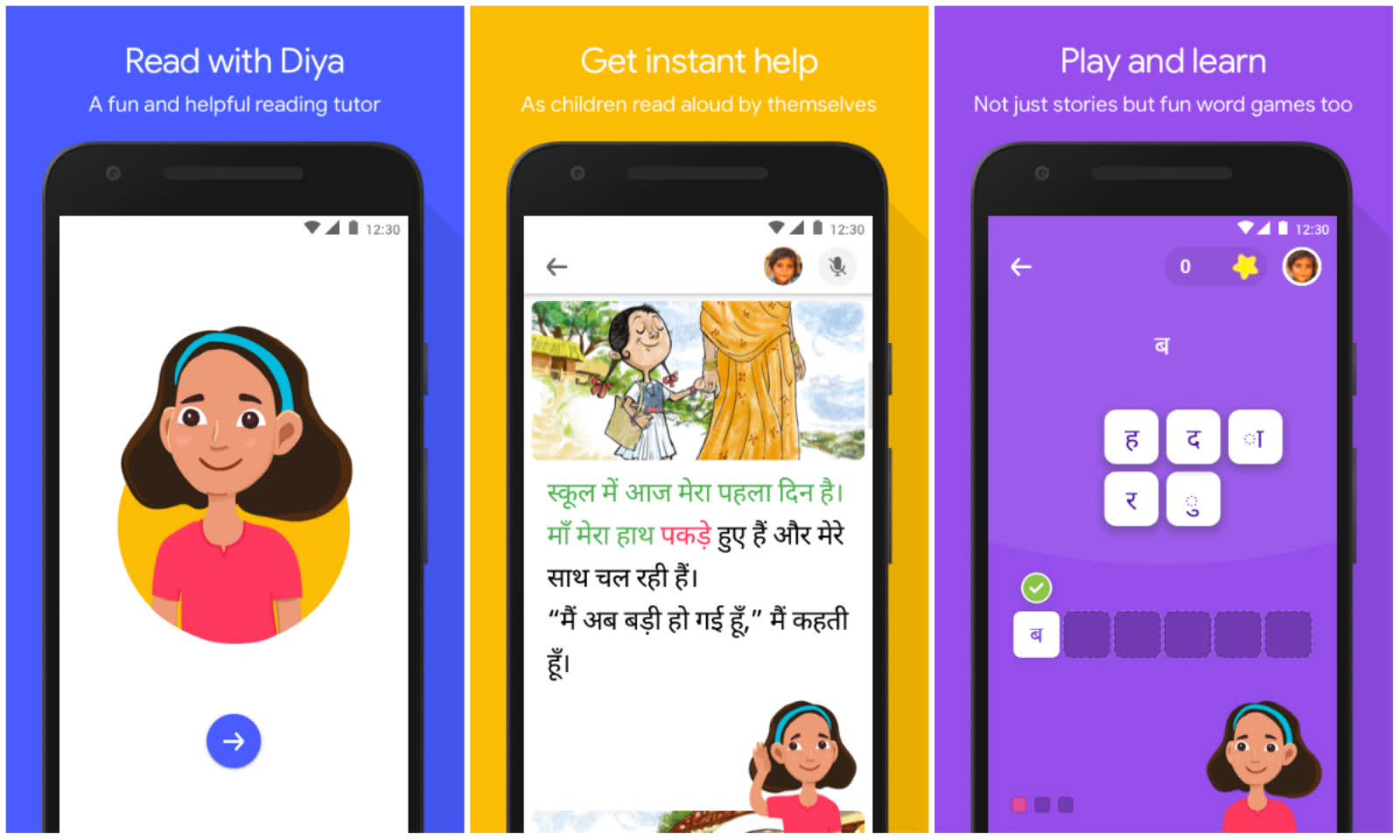 Google has kept its education initiatives, ranging from Chromebooks for schools to teaching software, within the confines of the classroom. But it's now branching out with a consumer-facing learning app in India. "Bolo" (Hindi for "speak") is essentially a reading assistant for elementary school children that harnesses Google's speech recognition and text-to-speech smarts.

Kids can read through a mix of Hindi and English stories with the help of an in-app learning assistant, who appears as a young girl named "Diya." She offers tips and corrections and can even translate Hindi words into English. The app supports multiple users and works offline in order to avoid connectivity issues in rural areas -- while Google works on getting those regions online through WiFi hotspots in remote train stations.

An app also makes sense over, say, PC software for a country that primarily accesses the internet via smartphones. The fact that it's an Android-only app is also a no-brainer for a region that's been flooded with low-cost Android One phones. Google is also promising to keep all Bolo data stored on the device. Though it says it's doing so for the sake of privacy, it also keeps it on good terms with the Indian government, which is seeking to pass new internet rules that forbid Indian data from being transferred abroad.

Most importantly for Google, Bolo is already proving a success. Over the past few months, the company has been piloting the app with children in grades 1 to 5 in 200 villages across India's most populous state, Uttar Pradesh. Early signs indicate that 64 percent of the 920 students with access to Bolo saw an improvement in their reading abilities as compared to 600 students who didn't use it. Google admits that more research is needed and is inviting third-parties to test its impact. For now, Bolo is available in India on the Play Store under an open beta program.

In this article: bolo, education, gear, google, india, mobile
All products recommended by Engadget are selected by our editorial team, independent of our parent company. Some of our stories include affiliate links. If you buy something through one of these links, we may earn an affiliate commission.