Huawei is suing the US government

It claims restrictions placed on the company are unconstitutional.

As Huawei continues to defend itself against accusations that ties to the Chinese government make it a security threat to other countries and claims that it has stolen technology from others, it announced a lawsuit against the United States, filed in federal court in the Eastern District of Texas. At a press conference today in China, rotating chairman Guo Ping claimed that it was left with no choice after the actions of Congress, and said that moves to limit its business harmed both the US and China. According to Ping (reading from one of the company's folding Mate X devices) "Huawei has not, and will never implant any backdoors...and will not allow anyone else to do so." 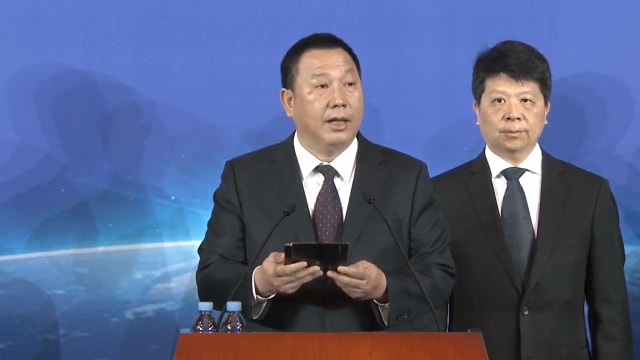 It also accused the US government of hacking its servers and stealing emails, while smearing the company without any evidence, and blocking its ability to compete in 5G technology around the world. Huawei's ire is focused on Section 889 of the 2019 National Defense Authorization Act (NDAA). That section targeted it by name to block federal agencies from working with the company, which it believes is illegal without a fair trial.

Chief Legal Officer Dr. Song Liuping said that "Huawei is not owned, controlled or influenced by the Chinese government. Moreover, Huawei has an excellent security record and program." Huawei maintains that it's willing to work with the US government to resolve any security concerns, although that seems unlikely in the near future.