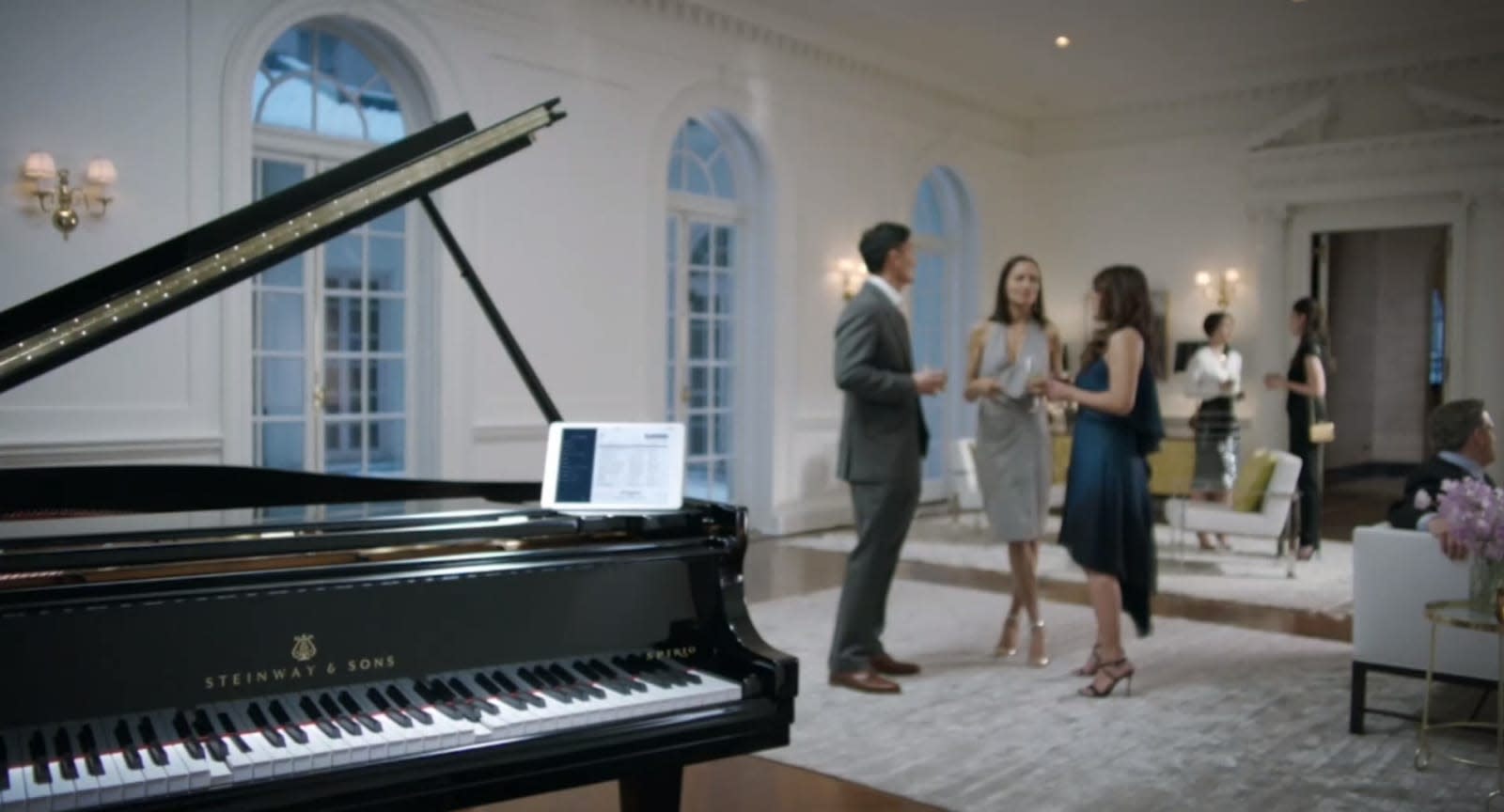 Legendary piano maker Steinway & Sons has released a piano that allows musicians to record their own live performances. Each Spirio | r comes with an iPad Pro and accompanying app that allows users to record, play back and edit their own songs in Steinway's own high-resolution audio format.

Resident pianist John Batiste from The Late Show with Stephen Colbert gave the Spirio | r a whirl on Tuesday night at the Steinway Hall in New York City, reports CNET. Batiste played and recorded a Sam Cooke piece. The piano then played back the song exactly as Batiste had played it, while he played a melodica along with the piano.

Steinway's first high-resolution piano, the Spirio, was launched in 2015, and allowed users to select from a vast catalog of music on the Spirio iPad app for the piano to play back. The catalog included legends ranging from Duke Ellington to Art Tatum, with new additions every month.

With the newest Spirio model, owners aren't limited to pre-recorded songs. Musicians can record and then edit their music directly on the accompanying iPad app. The Spirio | r app includes the ability to modify note velocity and duration, correct wrong notes, modify pedal data, and delete or add time. Spirio | r owners can also save and share their recordings in MIDI, MP3, and Spirio's high resolution format, an added perk for professional musicians who are using the instrument as a recording tool.

The jury is out on how much the Spirio | r will cost. The first Spirio model, released in 2015, ranges from $84,000 to $116,00 dollars. Due to its recording device, the older Spirio costs an extra $25,000 compared to a normal Steinway, the piano publication Acoustic and Digital Piano Buyer notes. Sales of grand pianos, as prohibitively expensive luxury items, have been lackluster in recent years. According to The New Yorker, Steinway sold 6,294 grand pianos in 1926, and in 2012 sold just over 2,000 grand pianos.

But the added cost hasn't kept away potential buyers, at least of the Spirio. The self-playing Spirio accounted for 30 percent of Steinway's sales in 2018, according to USA Today.

Given declining sales over the years, this latest technological advance from the 166-year old piano maker may be more of an attempt to sell more pianos to a broader (if still rich) customer base, some who may not even play the piano, rather than exclusively catering to musicians.

In this article: art, entertainment, piano, spirio, Steinway
All products recommended by Engadget are selected by our editorial team, independent of our parent company. Some of our stories include affiliate links. If you buy something through one of these links, we may earn an affiliate commission.