Alexandria Ocasio-Cortez believes we should be excited about automated jobs

The Congresswoman also touched on the Green New Deal at SXSW 2019.

Left-wing US politicians have landed at SXSW 2019. A day after sharing her proposal to break up companies like Facebook, Google and Amazon, US Senator Elizabeth Warren (D-MA) expanded on her plans at the event. And she wasn't the only one from her party here today. On Saturday, Congresswoman Alexandria Ocasio-Cortez (D-NY) featured in a session where she notably didn't talk about Big Tech, but instead focused on the Green New Deal and automation, among other topics including pay inequality and racism.

When asked her thoughts on machines replacing humans in the workplace, Ocasio-Cortez said people should be excited about automated jobs, but they can't because of bigger, systematic problems. "We should not be haunted by the specter of being automated out of work," she said. "We should not feel nervous about the toll booth collector not having to collect tolls anymore. We should be excited by that. But the reason we're not excited by it is because we live in a society where, if you don't have a job, you are left to die." Ocasio-Cortez pointed to Bill Gates' proposed solution of taxing robots 90 percent, which she said really means taxing corporations at that rate.

She added that the government needs to get to a point where it restructures its systems to distribute wealth created by automation, which could come with plenty of benefits. "If we approach solutions to our system and start entertaining ideas like that, then we should be excited about automation," said Ocasio-Cortez. "What it could potentially mean is more time educating ourselves, more time creating art, more time investing and investigating in the sciences, more time focused on invention, more time going to space, more time enjoying the world that we live in. Because not all creativity needs to be bonded by wage." 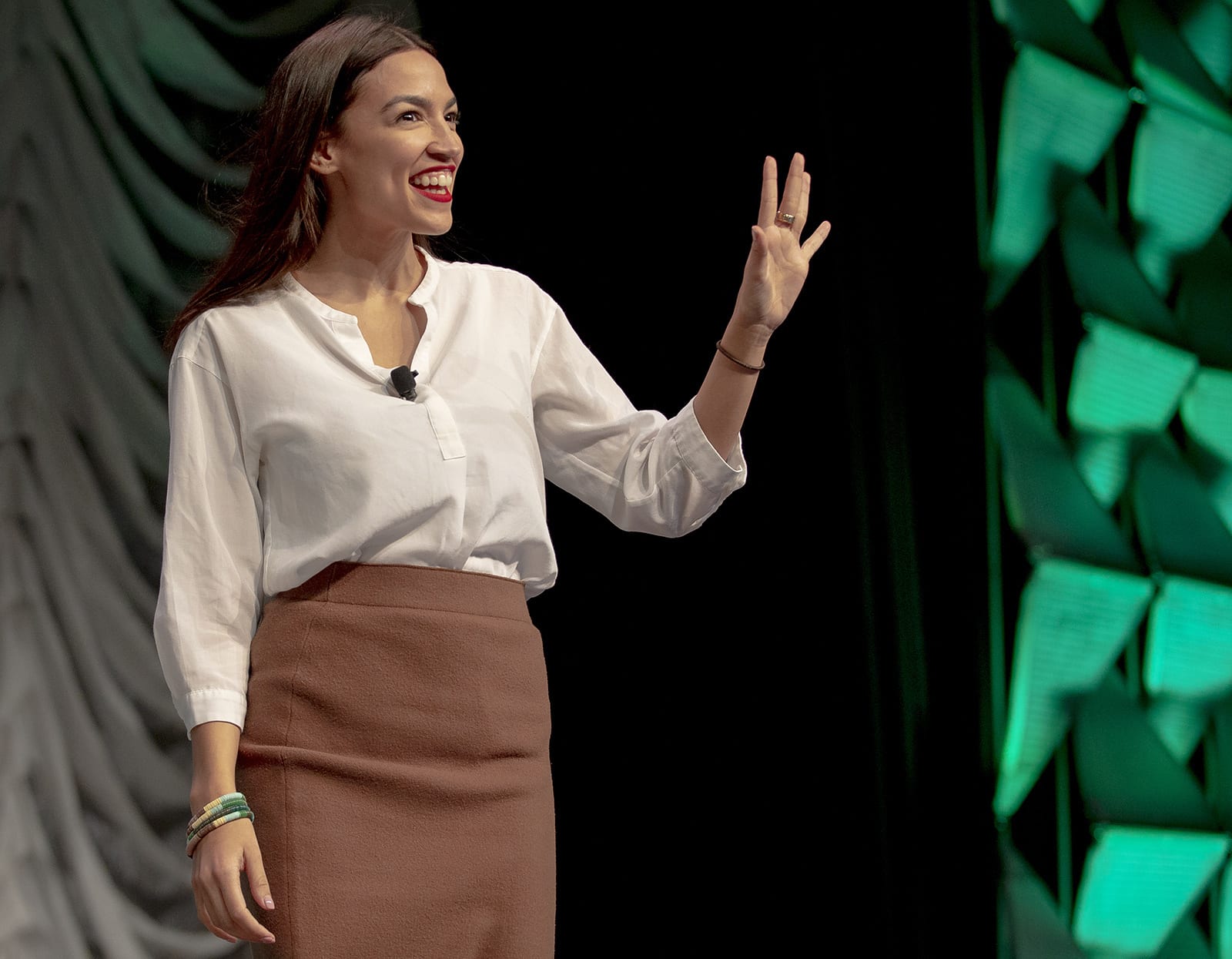 As more companies, particularly in the tech industry, invest in artificial intelligence and other automated systems, politicians now have to think carefully about how they plan to tackle what some Americans see as a major issue. And Ocasio-Cortez clearly doesn't seem automation as a problem, but rather an opportunity.

On the Green New Deal, which aims to address climate change and economic disparity, Ocasio-Cortez said that technology isn't what's holding its proposals back. Instead, she said, it's the politicians who aren't willing to make a change. "The position should not be 'Let's not do it because we haven't figured out all the details,'" Ocasio-Cortez said. "When [John F.] Kennedy said we are going to go to the moon by the end of 10 years, people thought that he was crazy. He didn't have a plan. So many of the technologies required to get there weren't even invented yet, but it was taken seriously enough as a mission."