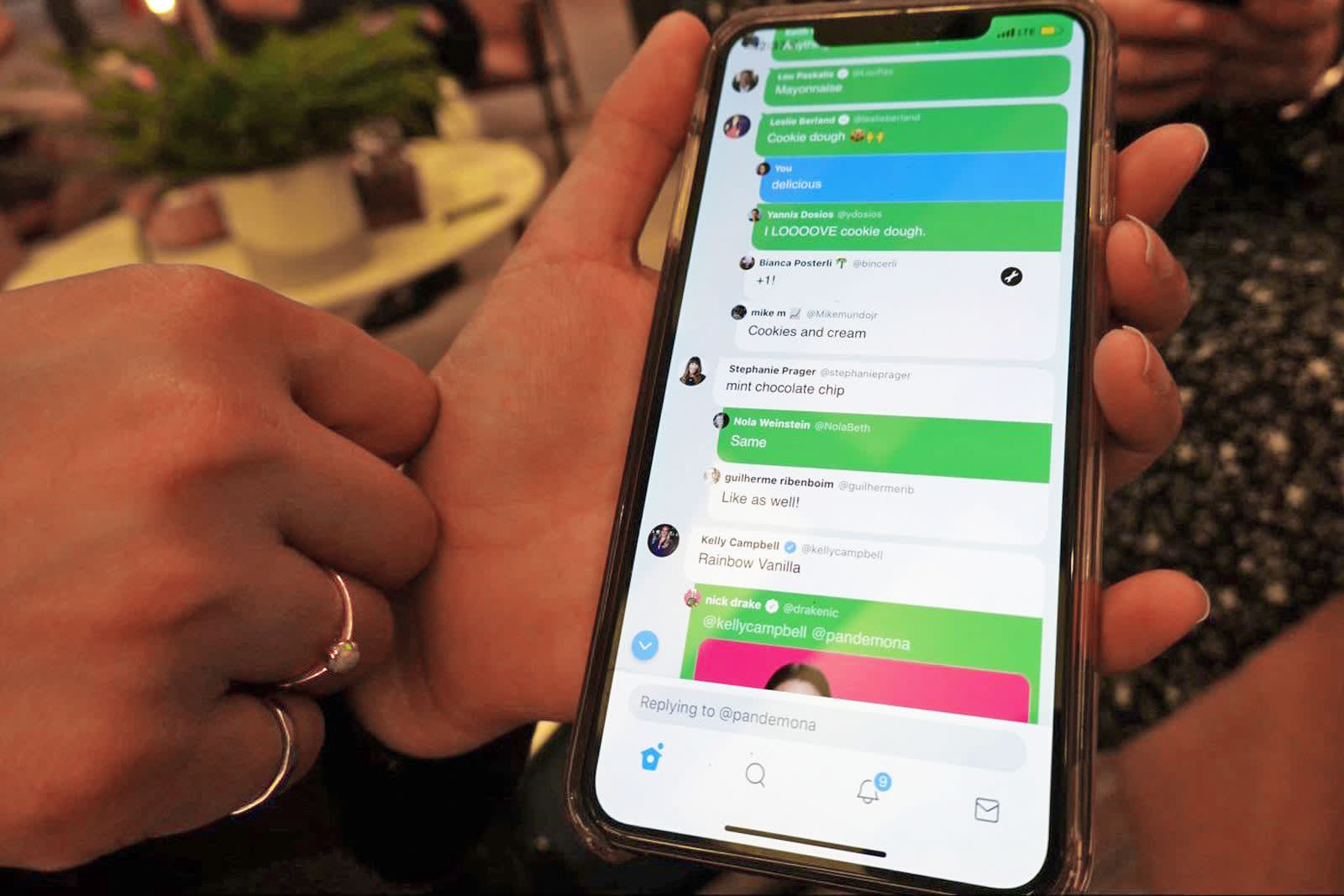 Twitter is making good on its promise of testing new conversation features in public. The social network has launched Twttr, an experimental app that lets early adopters try prototypes of new Twitter features. It'll start with the conversation test, which turns threads into chat-like presentations with color-coded users and indentation. However, Twitter told TechCrunch it could use the app to explore other changes, such as new ideas for status updates and pinned introductory tweets.

You can apply for the company's Prototype Program now, although we'll be honest: the chances are slim that you'll get in. Twitter only plans to invite roughly 2,000 English and Japanese speakers at this stage, and there's only mention of supporting iOS so far. The one consolation is that those users can share their experiences. If Twitter starts tinkering with a major change, you'll know what it looks like before it reaches the regular app.

It's not going to see widespread adoption, then, but it could still be significant. Twitter frequently talks about making major changes, but there's rarely much official interaction with the public before the features reach the beta test stage -- that is, when they're nearly ready. The Twttr app could give the public more input into these changes and offer more insight into Twitter's thinking.

Our prototype app, twttr, launches to the first group of participants today. #LetsHaveAConvo about new features to build a better Twitter together.

In this article: app, gear, internet, ios, ipad, iphone, mobile, social network, social networking, socialnetwork, SocialNetworking, sxsw, sxsw 2019, sxsw2019, twitter, twttr
All products recommended by Engadget are selected by our editorial team, independent of our parent company. Some of our stories include affiliate links. If you buy something through one of these links, we may earn an affiliate commission.