And now we're going to have to rebuild it from the ground up.

This isn't the internet that Tim Berners-Lee envisioned when he laid the groundwork for the World Wide Web 30 years ago today. Rather than the free and open online utopia he envisioned, "the web has evolved into an engine of inequity and division," he wrote in 2018, "swayed by powerful forces who use it for their own agendas." And, by God, he's going to fix it -- even if he has to break the entire system to do so.

Berners-Lee began developing the web while working at the European Organization for Nuclear Research (aka CERN) in 1989 as a means of sharing data among the organization's myriad PC brands and operating systems. "It was designed to be universal," Berners-Lee told NPR in 2017. The whole point was breaking apart silos." Berners-Lee even envisioned the internet serving as a means of breaking down national and cultural barriers, at least once he'd gotten all the computers talking to one another.

"I've always believed the web is for everyone," he wrote last year. "The changes we've managed to bring have created a better and more connected world."

But despite the benefits that the World Wide Web has wrought over the past three decades, it hasn't shaken out quite the way Berners-Lee was expecting. He's certainly not comfortable with the growing trend of market consolidation that we're seeing. "What was once a rich selection of blogs and websites has been compressed under the powerful weight of a few dominant platforms," he argued. "This concentration of power creates a new set of gatekeepers, allowing a handful of platforms to control which ideas and opinions are seen and shared."

And where has that gotten us? We were promised vibrant digital town squares where netizens would be free to propose and debate new ideas. What we got were the troll armies of Twitter. We were promised instant access to the whole of humanity's knowledge. What we got was fake news in our Facebook feeds. We were promised more adorable cat videos than any one person has the right to see in their lifetime. Well, OK, we got that. But we also got PewDiePie and Logan Paul. And that just doesn't seem worth it.

When the likes of Google, Amazon and Facebook entrench their market positions by poaching top talent, acquiring competing startups and leveraging user data, Berners-Lee argues, they're doing so at the expense of future innovation. Additionally, the lack of viable competing options allows bad actors to weaponize these online platforms for their own nefarious ends -- everything from fake social media posts stoking socioeconomic tensions to unchecked conspiracy theories.

Russia's interference in the 2016 presidential election and Facebook's Cambridge Analytica fiasco were especially troubling for him. "I was devastated," Berners-Lee told Vanity Fair last July. "Actually, physically-- my mind and body were in a different state."

"We demonstrated that the Web had failed instead of served humanity, as it was supposed to have done, and failed in many places," he continued. 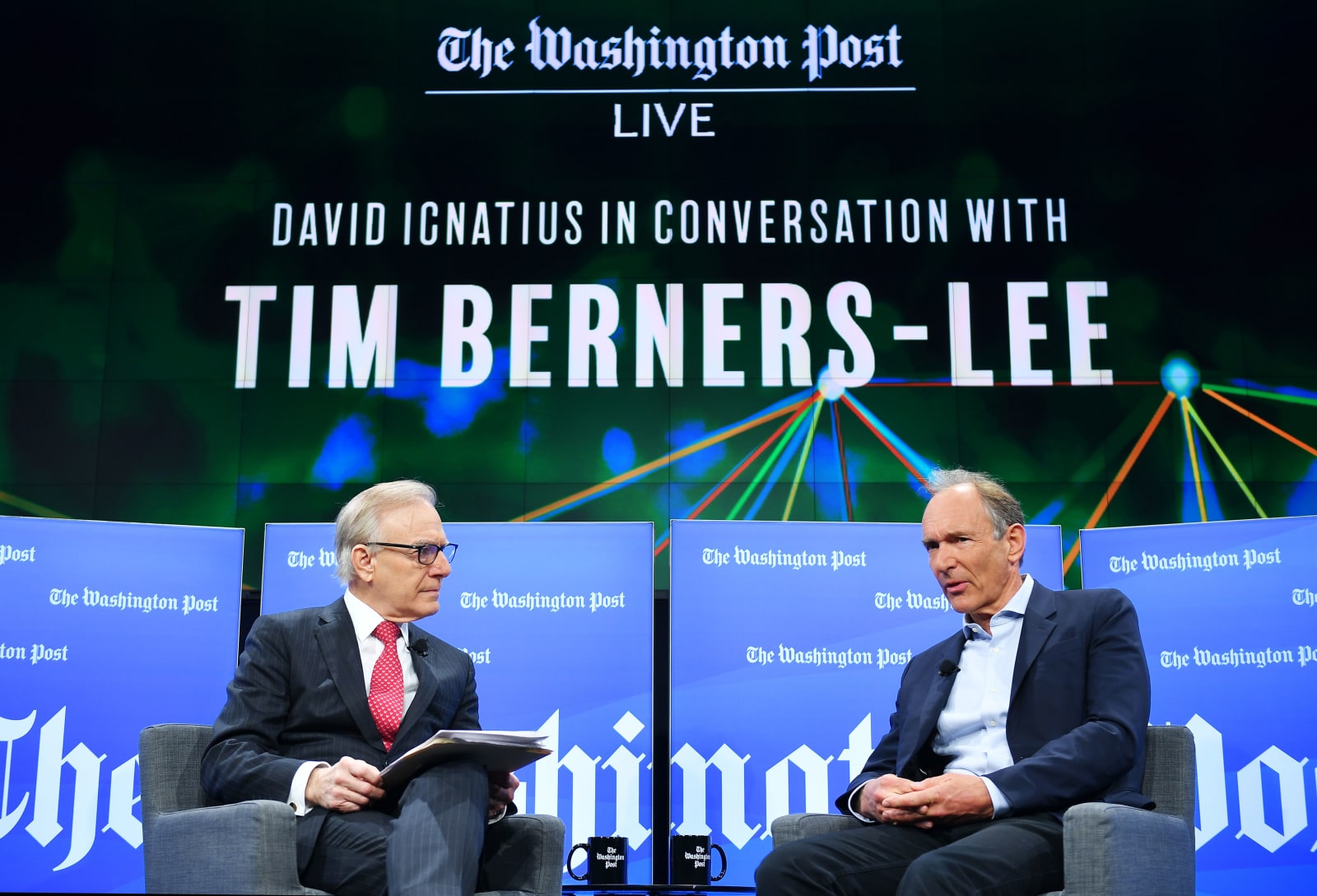 Berners-Lee has since recovered from his shock. In his 2018 Founder's Address to the World Wide Web Foundation, he reiterated his commitment "to making sure the web is a free, open, creative space -- for everyone." That means focusing on a trio of challenges: getting the other half of the world's population online, increasing regulation of internet gatekeepers, and ensuring that everybody has an equitable voice in the internet's evolution moving forward.

As part of those efforts, Berners-Lee has called for increased access to public WiFi and community networks for the poor and a "legal or regulatory framework that accounts for social objectives" to better manage expansive internet corporations.

"I want to challenge us all to have greater ambitions for the web," he implored. "I want the web to reflect our hopes and fulfill our dreams, rather than magnify our fears and deepen our division."

But he isn't stopping at impassioned pleas. In September of last year, Berners-Lee announced he would be taking a sabbatical from MIT to launch a new online platform, dubbed Solid, which could drastically reorient the current power structure of the internet and return control of user data to the users themselves.

This isn't Berners-Lee's first attempt to expand the boundaries of the web, mind you. In 2001, he and a pair of other researchers proposed a "semantic web" -- an internet architecture that not only would hold every kind of data, as opposed to just documents, but was both machine- and human-readable. The semantic web would act as a sort of Rosetta Stone for machines, enabling AI to view the web in the same way a person would and allowing different pieces of software to exchange data without needing APIs. This, in turn, would allow legions of software-based "agents" to automate much of the stuff humans do online. Think Siri, but actually useful.

"Solid changes the current model where users have to hand over personal data to digital giants in exchange for perceived value," he explained. "As we've all discovered, this hasn't been in our best interests." Rather than have all of your online data concentrated in the hands of a few massive firms, Solid would effectively decentralize the way data is shared over the internet.

"It gives every user a choice about where data is stored, which specific people and groups can access select elements, and which apps you use," he continued. "It allows you, your family and colleagues, to link and share data with anyone. It allows people to look at the same data with different apps at the same time."

To help drive adoption of Solid, Berners-Lee also announced the launch of Inrupt, his first commercial venture leveraging the new platform. As he explained to Fast Company, Solid would function like "a mashup of Google Drive, Microsoft Outlook, Slack, Spotify, and WhatsApp." But since any data generated on or imported to Solid would be stored in the user's secure personal online data (POD) locker, rather than being shunted across the internet, people would be able to entrust their most sensitive information (such as medical or financial records) to their apps, knowing that the data won't be misused. 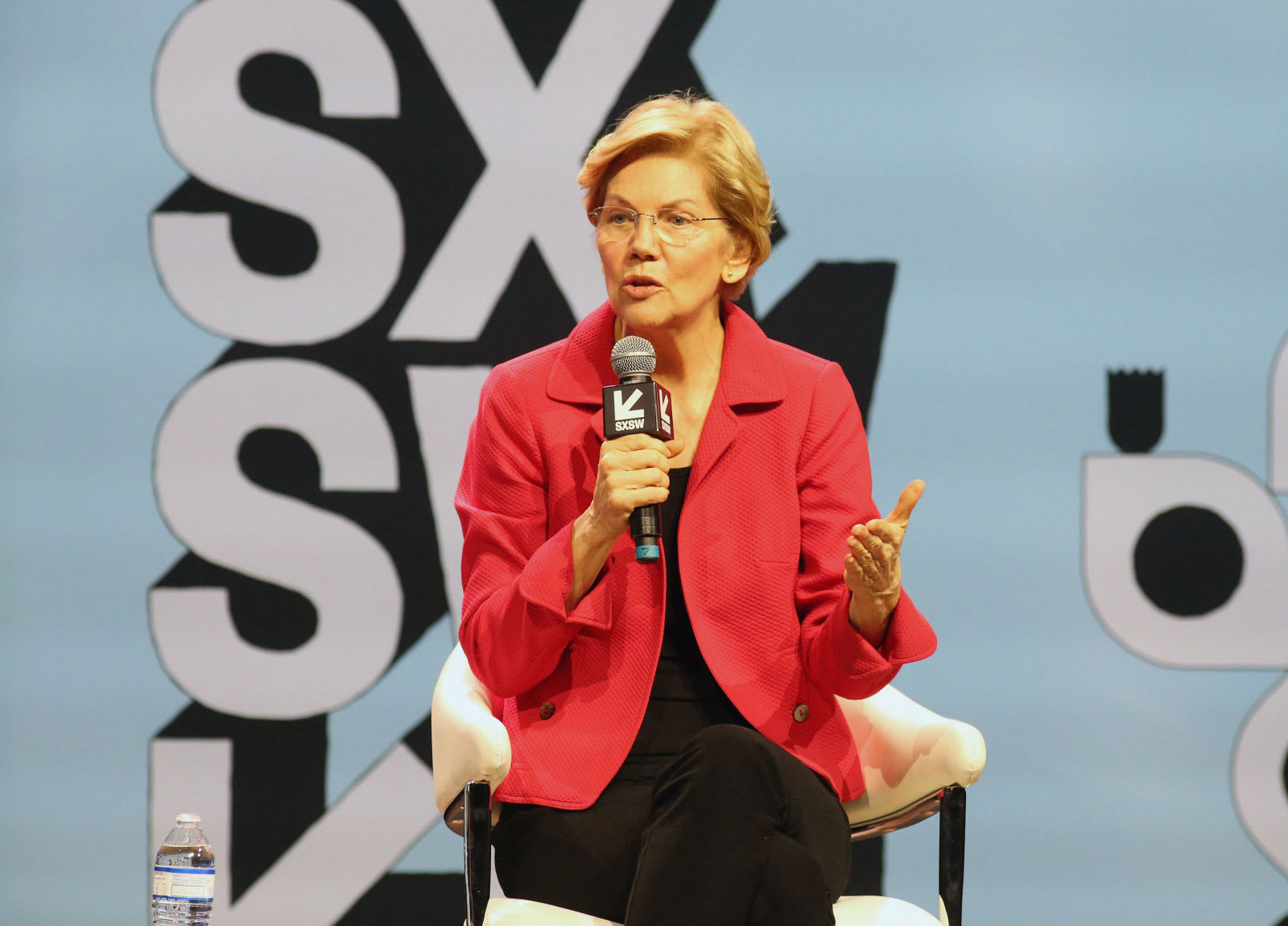 Should Berners-Lee win over the hearts and minds of developers, his vision of a consumer-centric data protection scheme could serve to complement Senator Elizabeth Warren's proposal to break up the gatekeepers. Her plan to reverse recent mergers and designate companies as "platform utilities," preventing them from owning both the platform and agents on that platform (e.g., Amazon selling merchandise on Amazon), could provide a much-needed infusion of competition and innovation to the industry. It could even provide sufficient time for Berners-Lee to get Solid off the ground.

Berners-Lee spent the last few months of 2018 touring the country, giving demonstrations and tutorials for developing with Solid. This leads to his next challenge: convincing the world that effectively turning the internet on its head is a good idea. You can be sure that the current power brokers like Amazon, Facebook and Google won't sit idly by as their market share is threatened. Nevertheless, Berners-Lee continues to persist because, as he said in 2009, "the web as I envisaged it we have not seen yet."