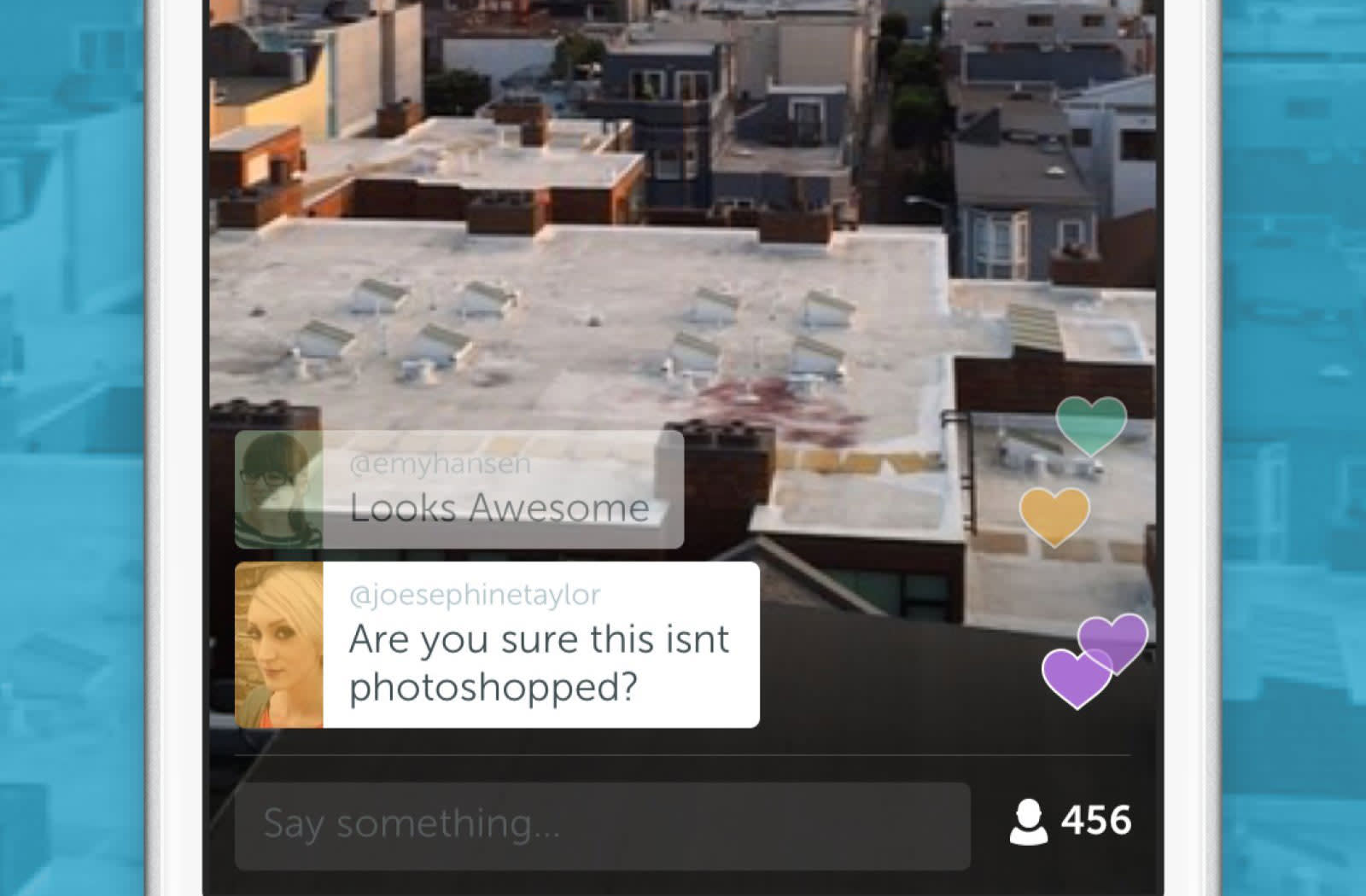 Periscope, the livestreaming app owned by Twitter, is banning fake engagement on the platform. This includes fake hearts, chats, followers, and views. In a Medium post, the company told users to expect an "increase in enforcement actions" as the policy takes effect. Similar to Twitter, YouTube, Facebook and other social media platforms, Periscope users can also expect account-level spam reporting options in the future.

"We want to make sure this is clear as you may see an increase in enforcement actions taken on the platform — even actions taken on accounts that may be high profile," stated Periscope in the post.

While Periscope launched a tool in 2016 that allowed viewers to report abusive or spammy comments, this new move seems more geared towards keeping users from artificially inflating their views or selling products on their platform. Fake engagement, mostly in the form of automated apps that dole out fake likes and fake comments, are a persistent problem for social media platforms. Back in November, Instagram started freezing accounts expected of using fake apps to boost followers. Facebook this month sued a group of companies that sell fake followers.

Periscope specified a wide range of behaviors that were in violation of its spam guidelines. This includes tactics to artificially inflate one's presence on the platform, such as selling or buying followers. Creating broadcasts just to direct users to a link, sending repetitive chat messages, and reposting identical content are also among the banned behaviors. Posting misleading or "clickbait"-like titles in order to boost followers is off-limits as well.

Periscope won't be relying on users alone to identify the slew of fake engagement on its platform. A representative for Twitter told Engadget that Periscope is in the midst of "developing ways to find spammy content without having to rely as heavily on users."

Likes, follows, and comments are the social currency of an app like Periscope, and fake engagement has bogged down the platform for a while. The once popular streaming platform is losing users in droves as they flock to Instagram and Facebook, which both include livestreaming features. This new policy shift is the company's strongest attempt to clamp down on inauthentic behavior on the platform, but it might be too late for it to make a difference in Periscope's popularity.

In this article: fakeaccounts, fakefollowers, internet, Livestream, LiveStreaming, periscope, services, tomorrow, twitter
All products recommended by Engadget are selected by our editorial team, independent of our parent company. Some of our stories include affiliate links. If you buy something through one of these links, we may earn an affiliate commission.