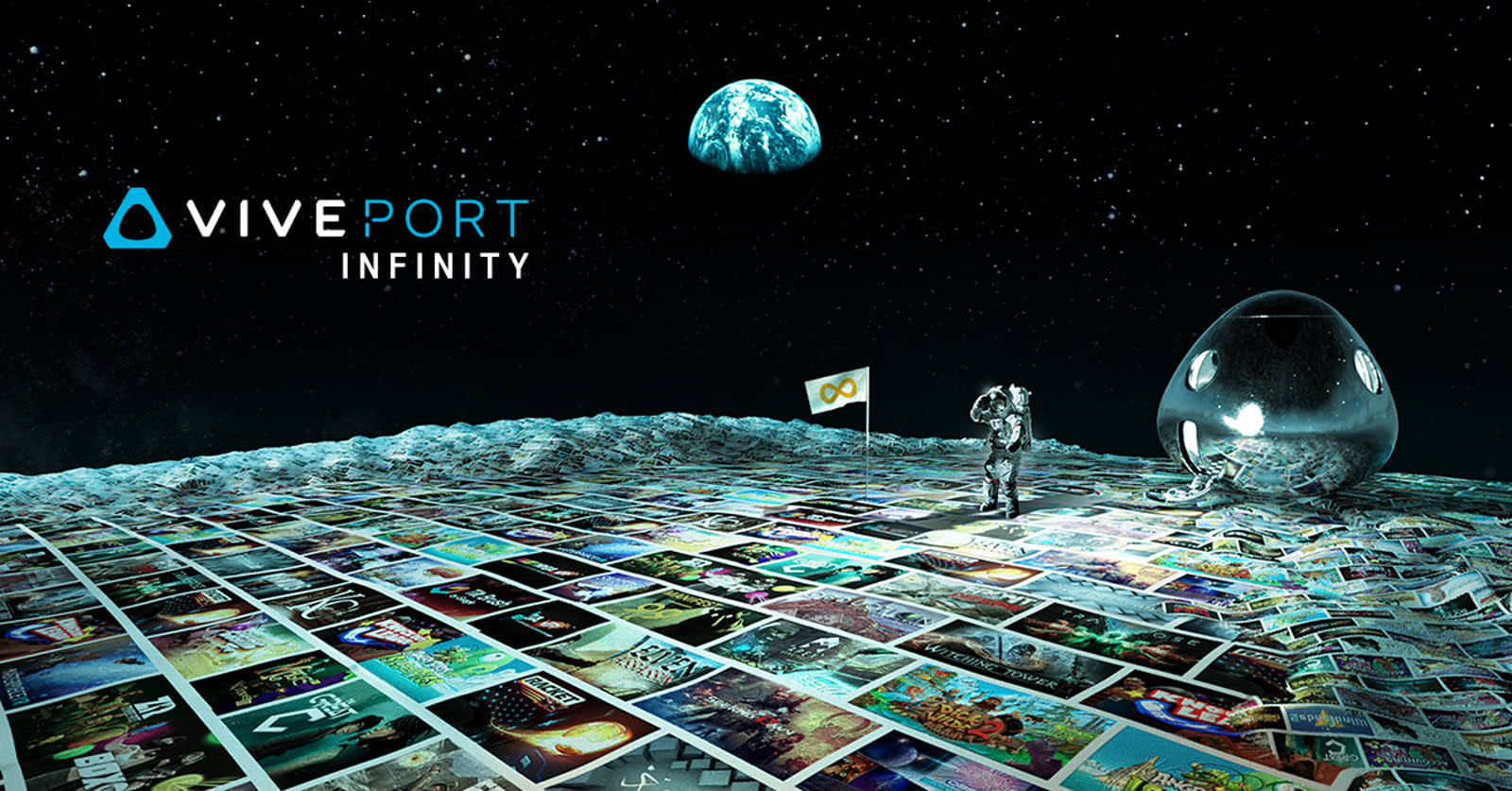 HTC is nearly ready to launch its unlimited Viveport Infinity service after months of teasing. The VR subscription tier is launching on April 2nd for $13 per month or $99 per year, and will offer more than 600 apps and games for both Vive headsets and Oculus Rift. Your access will also carry over to stand-alone headsets based on Vive's Wave platform. You'll also get perks such as a revised Viveport Video app, monthly 10 percent discount coupons and the occasional freebie.

Existing Viveport members, as well as people who sign up before April 2nd, will keep their pricing until the end of 2019. HTC is dangling a carrot for developers, too. Creators who bring their apps to Viveport will get an 80 percent cut of revenue from the start of April through the end of the year.

This isn't for everyone. You'll have to be the sort who's continually searching for new VR experiences, and comfortable knowing that you'll get more casual titles like Angry Birds VR. Having said this, it could make VR more accessible if you aren't sure where to start with apps and would rather not buy individual titles.

In this article: games, gaming, gdc2019, gear, htc, oculusrift, personal computing, personalcomputing, subscription, thebuyersguide, video games, videogames, virtualreality, vive, viveport, viveport infinity, viveportinfinity, vr, wearables
All products recommended by Engadget are selected by our editorial team, independent of our parent company. Some of our stories include affiliate links. If you buy something through one of these links, we may earn an affiliate commission.