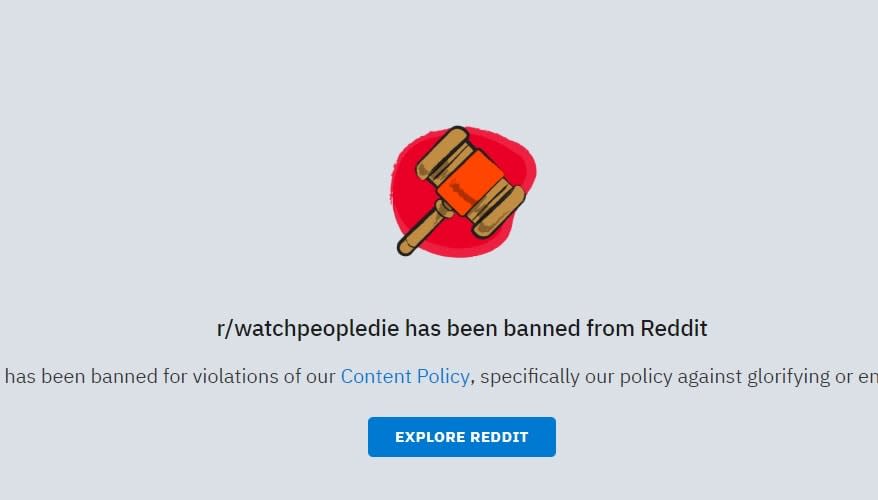 Following other social networks, Reddit has also faced people trying to reshare video of a terrorist attack on a mosque in New Zealand. Now two notorious subreddits, r/watchpeopledie and r/Gore have been banned for hosting links to it. Washington Post reporter Drew Harwell shared a picture of a moderator saying "The video stays up until someone censors us."

In 2015 Reddit chose to ban instead of quarantine a number of racist groups, and researchers found the move made its community less toxic overall. On the banned pages, Reddit posted a note saying their removal is because of violating its policy against content glorifying or encouraging violence, although it doesn't explain how they were left up so long in the first place.

In this article: ban, internet, reddit
All products recommended by Engadget are selected by our editorial team, independent of our parent company. Some of our stories include affiliate links. If you buy something through one of these links, we may earn an affiliate commission.
Share
Tweet
Share