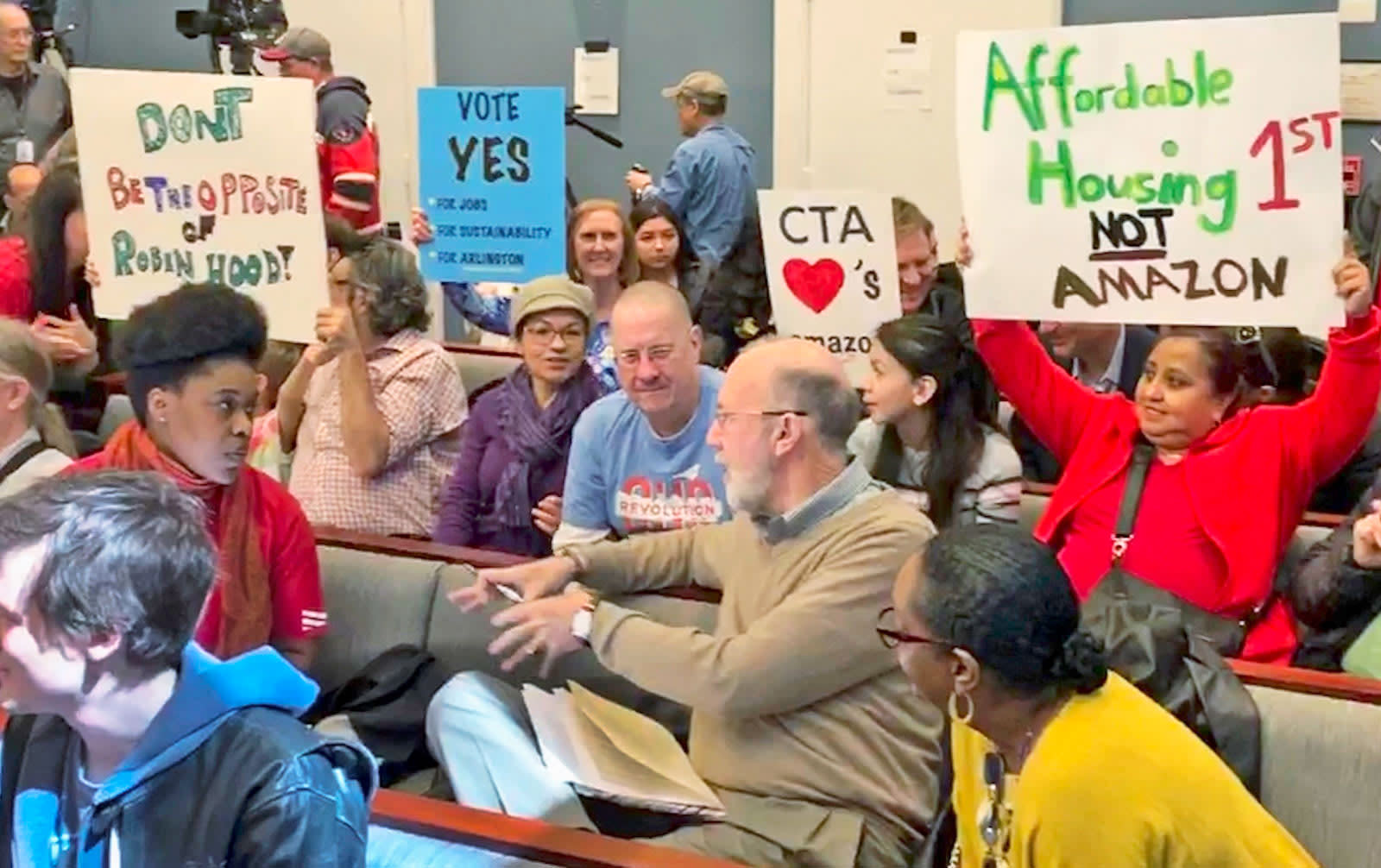 Amazon just took a large step closer to establishing a second headquarters in Virginia. The Arlington County Board has voted unanimously in favor of granting Amazon an estimated $51 million incentive package that includes $23 million in cash over 15 years as well as a $28 million, 10-year investment for infrastructure and open space. It's just a small portion of the $481 million the county has ultimately promised (95 percent of which is indirect), but it gets the process underway.

The approval came despite protests from residents and activist groups. They're concerned that Arlington and Virginia are catering to a wealthy company at the expense of the community, potentially pushing out lower-income people. They've also highlighted complaints about Amazon's pay and working conditions. Amazon and its proponents have argued that the Virginia location will create jobs, fuel tax revenue and spark investments in the region.

It's a small victory at a time when Amazon is facing a significant backlash. The company abandoned the New York City portion of its headquarters after facing opposition from politicians for many of the same reasons seen in Virginia. The approval isn't so much a victory for the company as a relief at a time when its expansion plans aren't guaranteed to move forward.

In this article: amazon, business, gear, headquarters, hq2, internet, politics, virginia
All products recommended by Engadget are selected by our editorial team, independent of our parent company. Some of our stories include affiliate links. If you buy something through one of these links, we may earn an affiliate commission.