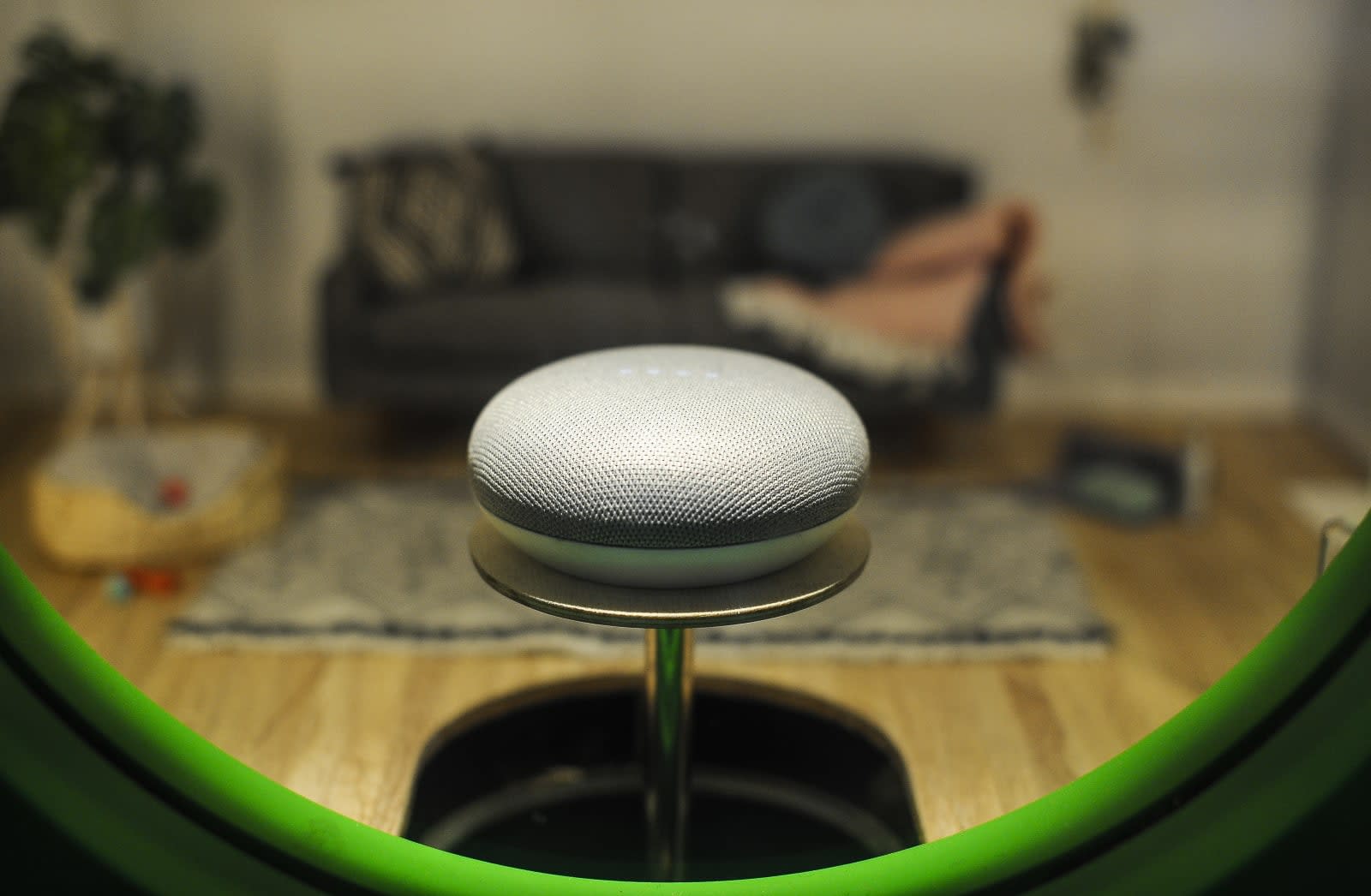 Last year, Spotify gave away a free Google Home Mini speaker to US users, and this year, it's bringing that offer to the UK. Starting today, both new and existing Premium for Family Plan subscribers can sign up to get a free device -- normally priced at £49 -- until May 14th while stock permits, Spotify said.

The £14.99 plan covers up to six family members, but Google's Home Mini can recognize each one via its Voice Match feature in order to personalize music playback. Beware that if you share the plan with non-family members outside your household, Spotify may start cracking down on the widely-used practice.

Spotify teamed up with Google on the offer, but what's in it for the search giant? Well, it's competing in a tight race with Amazon's Alexa, and the device is an important part of its main, revenue-generating ad business. On top of that, Home Mini comes with a three-month trial of YouTube Music Premium, a streaming rival to Spotify.

As for Spotify, offering free hardware will likely help it score a lot of new subscriptions and build up its already dominant lead in the music streaming business. And frankly, it likely isn't worried too much about YouTube Premium -- while Spotify leads the market with a 36 percent share worldwide, Google commands less than 5 percent.

In this article: av, entertainment, gear, google, GoogleHomeMini, Music, speaker, Spotify, SpotifyPremium, streaming
All products recommended by Engadget are selected by our editorial team, independent of our parent company. Some of our stories include affiliate links. If you buy something through one of these links, we may earn an affiliate commission.