Toyota will be first to use NVIDIA's self-driving simulator

"Drive Constellation" will allow self-driving vehicles to be tested in the virtual world.

NVIDIA has announced that its autonomous vehicle simulation platform Drive Constellation is now available and that Toyota will be the first customer. The cloud based platform, first announced by CEO Jensen Huang last year, will let self-driving car developers run tests on virtual, rather than real roads. Simulated vehicles can operate in situations ranging from routine to dangerous, "with greater efficiency, cost-effectiveness and safety than what is possible to achieve in the real world," NVIDIA said.

Toyota's Research Institute-Advanced Development (TRI-AD) will be the first customer for Drive Constellation. The automaker is already using the NVIDIA Drive AGX Xavier computer (below) to power self-driving vehicle testing in the real world, and will assist NVIDIA in developing its simulation and self-driving tech. 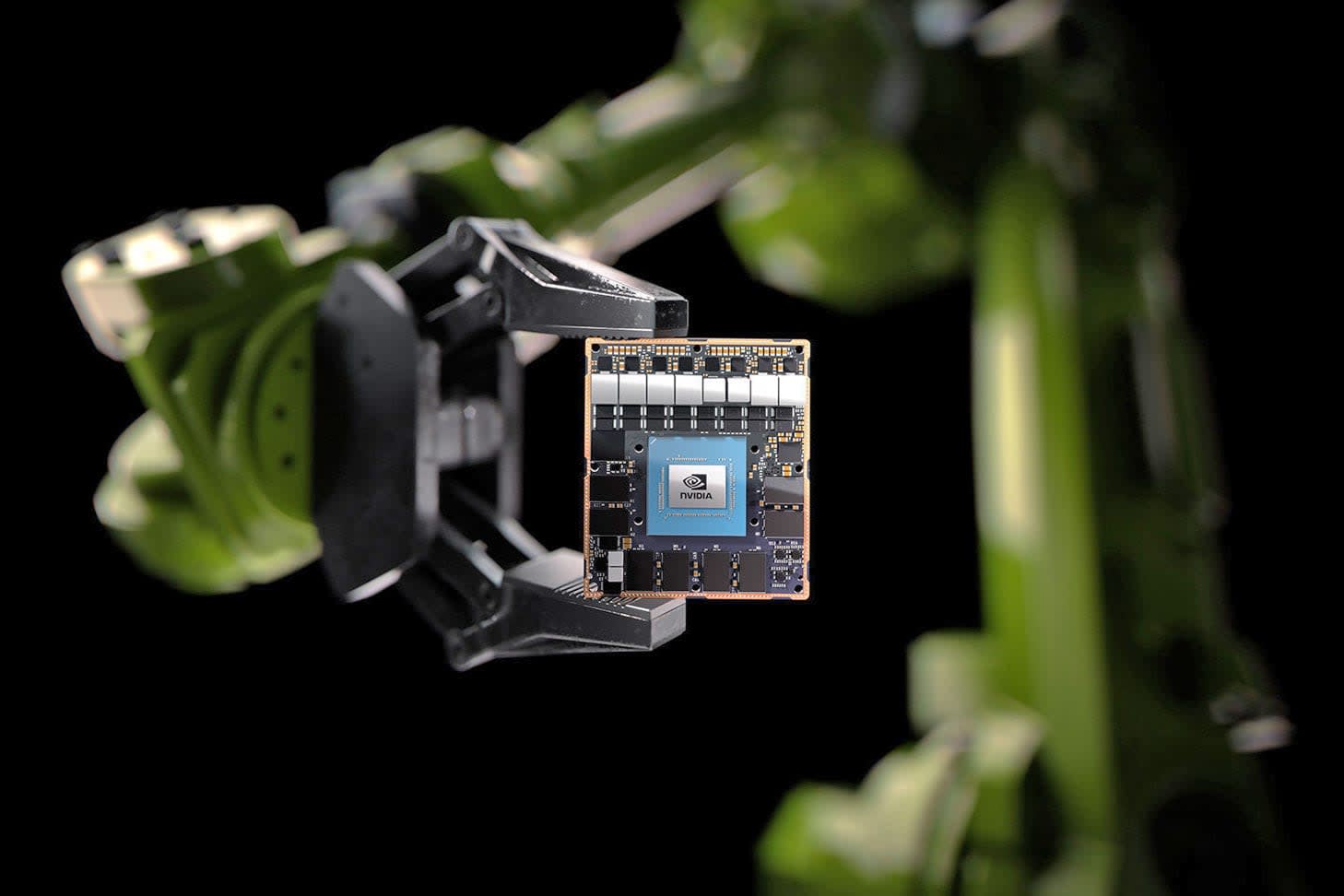 "The driving decisions from Constellation vehicle are fed back into Constellation Simulator, aiming to realize bit-accurate, timing-accurate hardware-in-the-loop testing," said NVIDIA. The aim, of course, is to help Toyota and other manufacturers develop and market self-driving cars that will work safely in the real world.

To aid in that process, NVIDIA also unveiled an open platform that works with any driving software called "Safety Force Field" (SFF). It uses sensor data to predict what will happen on roads and take actions to protect the vehicle and other users. "The SFF framework ensures these actions will never create, escalate or contribute to an unsafe situation and includes actions necessary to mitigate potential danger," said NVIDIA.

Rather than trying to model highly complex real-world scenarios, SFF "follows one core principle of collision avoidance as opposed to a large set of rules and expectations." NVIDIA said. It takes into account both braking and steering constraints and has been tested in highway and city simulations that would be too dangerous for the real world. "SFF is mathematically designed such that autonomous vehicles equipped with SFF will, like magnets that repel each other, keep themselves out of harm's way and not contribute to unsafe situations," said NVIDIA Autonomous Driving VP David Nister.

NVIDIA first announced Drive Constellation a year ago, just after a self-driving Uber vehicle -- equipped with NVIDIA's tech -- struck and killed a pedestrian. After the accident, CEO Jensen Huang said the company would rededicate itself to what is "probably the hardest computing technology we've ever encountered."

Drive Constellation will be available to any developer, said CEO Jensen Huang said at this year's NVIDIA's GTC developer conference. Companies working on self-driving tech will be able submit their own simulation scenarios, and then see the results on their own computers. "This large-scale validation capability is comparable to operating an entire fleet of test vehicles, however, it is able to accomplish years of testing in a fraction of the time," the company said in a statement.

All products recommended by Engadget are selected by our editorial team, independent of our parent company. Some of our stories include affiliate links. If you buy something through one of these links, we may earn an affiliate commission. All prices are correct at the time of publishing.
View All Comments
Toyota will be first to use NVIDIA's self-driving simulator