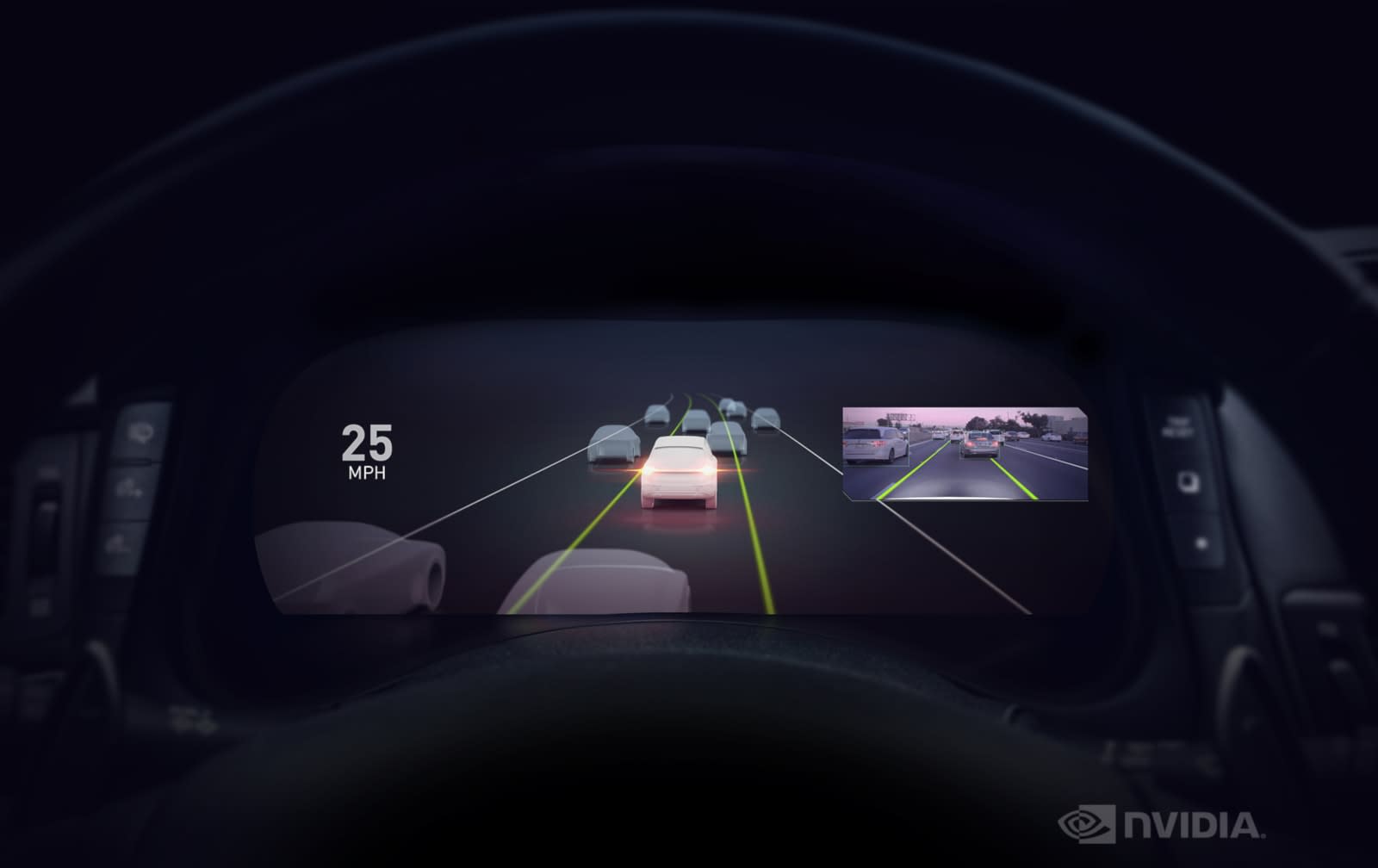 NVIDIA has announced what it says is the first commercially available Level 2+ automated driving system at the ongoing Consumer Electronics Show in Las Vegas. Automakers can use the technology, called Drive AutoPilot, to add automated driving features to their vehicles. Despite its name, it's not actually a full self-driving platform -- instead, it can give vehicles driver assistance functions, such as highway merge, lane change or lane split, parking assist and pedestrian detection.

The technology also adds personal mapping to vehicles, allowing them to remember where they've driven and create a self-driving route even with no HD map. In addition, it can also give vehicles the ability to monitor drivers, AI copilot capabilities and advanced in-cabin visualization of their computer vision system.

The Drive AutoPilot is part of NVIDIA's Drive platform for vehicles and is powered by the company's Xavier system-on-a-chip. Xavier was specifically created for AI car platforms, and according to NVIDIA, it's capable of 30 trillion operations per second using only 30 watts of power. It was designed to consume as little power as possible to avoid eating up too much battery life, seeing as every bit of energy matters for an electric vehicle.

An Insurance Institute for Highway Safety study published in August 2018 showed that existing Level 2 ADAS systems offer "inconsistent vehicle detections and poor ability to stay within lanes on curvy or hilly roads." NVIDIA says Drive AutoPilot addresses those limitations. The chipmaker has already found two customers for its new offering: German automotive suppliers Continental AG and ZF Friedrichshafen AG, which will use the platform for level 2 self-driving systems slated to come out in 2020.

In this article: ces2019, driveautopilot, gear, nvidia, transportation
All products recommended by Engadget are selected by our editorial team, independent of our parent company. Some of our stories include affiliate links. If you buy something through one of these links, we may earn an affiliate commission.