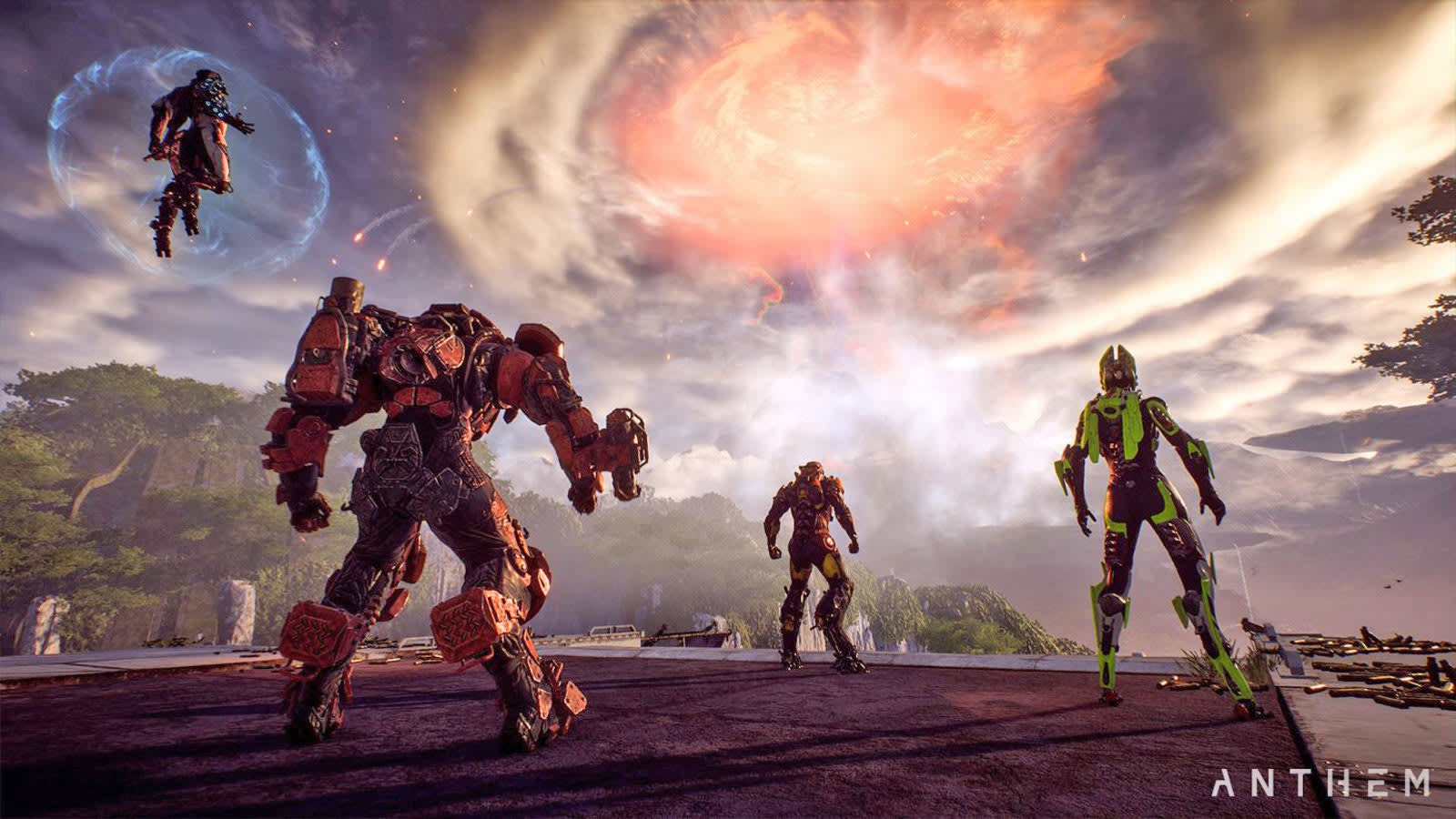 BioWare may be racing to fix Anthem after its bumpy launch, but it doesn't have to worry quite so much about its bottom line. NPD Group data shows that the shared-world shooter was the top-selling game in the US in February, and the second strongest game for 2019 up to that point (Kingdom Hearts III is the year's current champion). Moreover, this was the second best launch month for a BioWare game, falling only behind Mass Effect 3's debut in 2012.

It's not a completely surprising figure. EA had been hyping the game for the better part of two years, and there were strong incentives to pre-order. The real litmus test will likely be the March NPD figures -- you'll know Anthem lost momentum if there's a sharp drop in sales. Nonetheless, BioWare could see this as a chance to grow the game and edge closer to fulfilling its lofty promises.

February also marked a good month for Nintendo. The Switch gave the company its best February and year-to-date dollar sales (not units) since 2011. That's despite a relatively grim market where overall hardware spending dropped 12 percent versus a year earlier. NPD didn't offer an explanation as to why, but it may be a virtue of console cycles. The Switch is still young, while the PS4 and Xbox One are nearing the end of their respective heydays. Buyers may be reluctant to spring for the Sony and Microsoft consoles knowing that something new is on the horizon, at least outside of the usual holiday shopping frenzy.

In this article: anthem, av, bioware, ea, games, gaming, nintendo, npd, npd group, npdgroup, personal computing, personalcomputing, ps4, switch, video games, videogames, xbox one, xboxone
All products recommended by Engadget are selected by our editorial team, independent of our parent company. Some of our stories include affiliate links. If you buy something through one of these links, we may earn an affiliate commission.