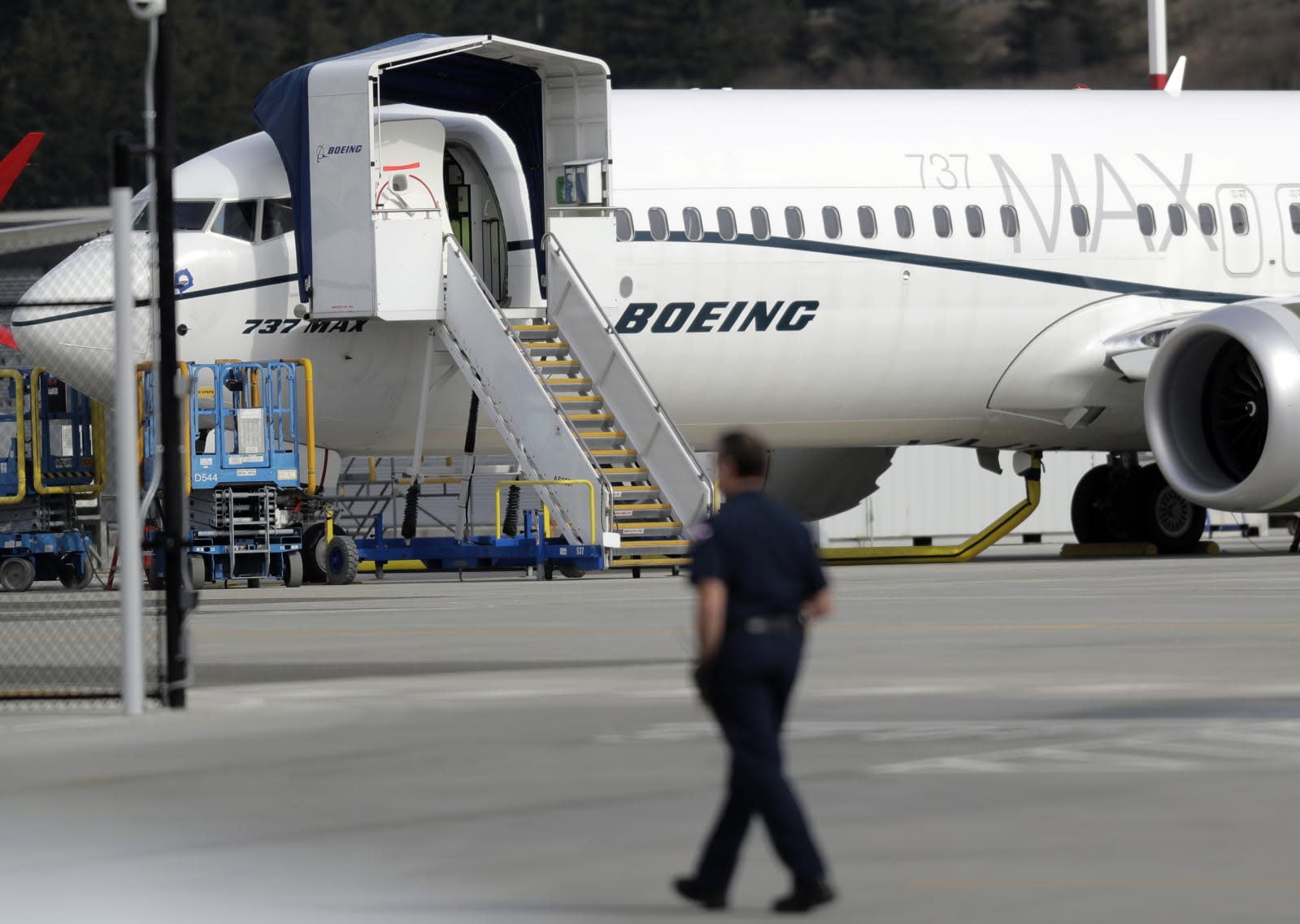 Boeing charged airlines extra for two safety features that may have been able to detect in advance issues with the 737 Max planes involved in fatal crashes, according to the New York Times. The additional sensors provided checks on data collected by sensors on the planes and could have alerted pilots to potential issues. Boeing will now make one of those safety add-ons standard issue on the 737 Max.

Both of the optional safety features worked in tandem with a new software system used in the planes. That software took readings from "angle of attack" sensors, which determine how much the plane's nose is pointing up or down in relation to oncoming air. If the software system determines the plane is pointed at a potentially dangerous angle, it can automatically correct course to prevent the plane from stalling. Investigators believe that faulty data collected by sensors may have caused the software system to malfunction. It's not clear if the two additional safety features would have made a difference in the two crashes.

One of the add-on safety features that Boeing was selling was called an angle of attack indicator. That system would display readings coming from the angle of attack sensors, giving pilots a readout of the information. The other optional safety checks was a disagree light that would activate if the sensors were producing data that didn't match. Boeing will start to include the disagree light on the Boeing 737 without charging extra for it, but the angle of attack indicator will remain a purchasable extra.

Boeing isn't being made by regulators to make any of the optional features available, and neither are required by the Federal Aviation Administration. However, the company appears to be trying to ramp up its safety efforts in order to get the 737 Max back in the air after being grounded by the US and other countries. The company also has a software update for the plane planned for April.

In this article: boeing, boeing 737 max, boeing crash, business, gear, safety features, security, TL19737MAX, transportation
All products recommended by Engadget are selected by our editorial team, independent of our parent company. Some of our stories include affiliate links. If you buy something through one of these links, we may earn an affiliate commission.