A week with Twitter's attempt at a more civil internet

The experimental Twttr app has room for improvement, but that's kind of the point.
E. Alvarez|03.21.19
@abcdedgar

Over the past few months, Twitter CEO Jack Dorsey has been adamant that one of his goals is to "increase the health of public conversation" on the site. Because it's no secret that, as great as Twitter is at connecting you with people across the world, it's also great at connecting you with bots, trolls and spam. Unsurprisingly, Twitter wants to change that. And it's hoping to find a solution by publicly testing new conversation features, through an experimental program that users can apply to participate in. This launched last week as an app called Twttr, which I've been using as my main tool for reading and writing tweets for the past week.

With Twttr, the company says it wants to make conversations easier to read, understand and join. And to do that it's using features like color-coded chat bubbles to help you browse threads more efficiently. For instance, if someone you follow replies to one of your tweets, their response will be highlighted by a light-blue tag, making it easier to spot. This can be particularly helpful if you have a large number of followers or a tweet that goes viral and generates a lot of responses. It's intended to filter out the noise and keep you engaged with people you actually know, as opposed to strangers.

Alternatively, if someone you don't follow starts a conversation with you, their tweets will have a gray tag, similar to the Original Tweeter label Twitter has tried in the past. It's clear that Twitter wants to make the biggest changes to how you interact with others in your mentions, since the tweaks there go deeper than colored bubbles. In Twttr, there are thread indentations designed to help you keep track of replies that may branch off from the main conversation. Those are complemented by a "show more" button that hides responses that, according to Twitter, may be abusive or spammy. 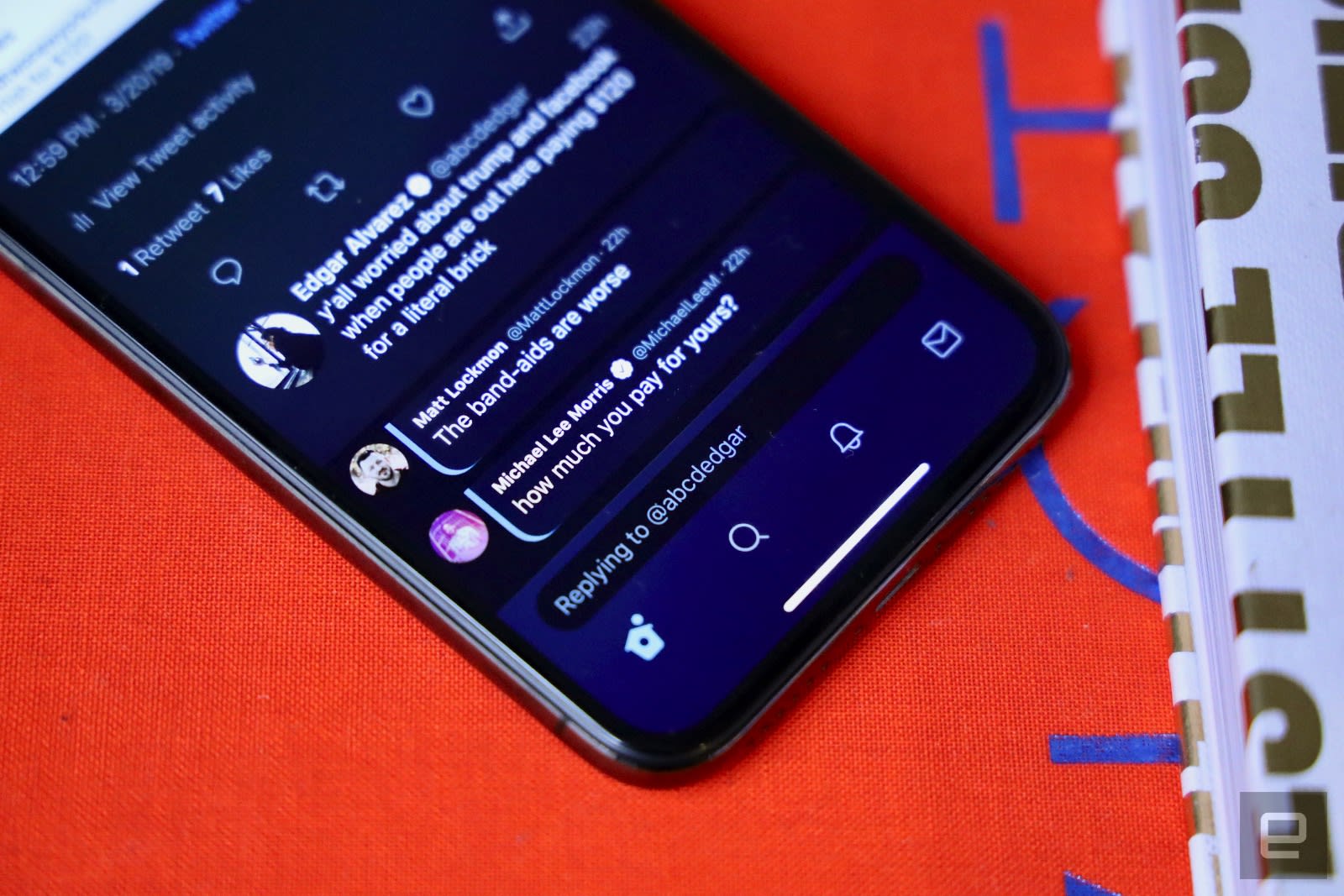 So far, the experience isn't drastically different than the main Twitter app. But there are aspects of the beta that I'm starting to like, such as the colored chat bubbles that make it easier to keep up with a conversation. At the same time, though, it's worth noting that the Twttr app doesn't support all of Twitter's mobile features. That includes the revamped camera, which makes it hard for me to use the prototype app as my daily driver.

It's too early to tell whether these experimental features will manage to successfully filter bots, trolls or spammers completely out of your mentions. But I have noticed that the color-coded labels and indented tweets let me follow threads more easily. And they help me decide which replies I actually want to read and interact with. Meanwhile, the "show more" feature can filter out people who may be trolling, although I have come across tweets that aren't abusive or spammy in some of its hidden replies.

I think what bugs me the most about the "show more" feature is that if a thread within a thread becomes too long, it looks odd. Basically, the more you scroll to read the responses, the smaller the tweet boxes get, and that makes it extremely difficult and tedious to read tweets.

Twitter wants threads to be a place for healthier conversations, and something that can get in the way of that are likes and retweets, two engagement tools that Dorsey has said aren't necessarily the right incentives for people. That's why in Twttr, the heart and retweet icons aren't visible at first when you're browsing threads -- they only show up once you tap to reply to a tweet. If you do tap and hold either button, you can see who retweeted or liked a tweet. And although you can still see and interact with the icons on your main feed, this shows that Twitter and Dorsey are at least considering getting rid of the like button in some areas of the social network.

Still, Twitter has made it clear that these features might never make it beyond Twttr and into its main application. That said, it's a good way to at least get an idea of the ways the company is thinking about changing the service. Naturally, the whole point of Twttr is to get your feedback on its experiments, and if you get accepted into the prototype program, you can share your thoughts with the company directly from the app. Twitter is sending surveys periodically as well that ask you about your experience with reading replies or whether you prefer the Twttr or Twitter apps.

You can expect Twttr to keep changing as Twitter continues to roll out new experimental features, such as letting you subscribe to relevant threads -- which leaked recently but hasn't made its way to the Twttr app yet. I do hope that Twitter brings some of the features from its main app to Twttr, though, because right now the new Stories-style camera doesn't work. That means I'm having to switch back and forth between the two apps, and that's basically the only thing keeping me from using Twttr all the time