Don't be surprised to start seeing them show up on your timeline soon.

Yesterday, Twitter revealed that it will launch a beta program to test new conversation features out in the open, and now the company's showing off what some of those changes may look like. At a CES 2019 press event, Twitter's VP of Product Keith Coleman shared a couple of screenshots of chat bubbles for threads/replies and status updates for when people are at a show like this one. The status updates Coleman teased on stage appear to be slightly different than those that popped up last year.

He said both of these features are not final, but they should give users an idea of how Twitter is looking to reshape context and conversations on its site. It's unclear if they'll end up being part of the upcoming beta program, which will start taking applications in the coming weeks. But, if they are and you're one of the thousands invited to join, you would have the chance to test out chat bubbles and status updates for yourself. We'll let you know as soon as that program launches. 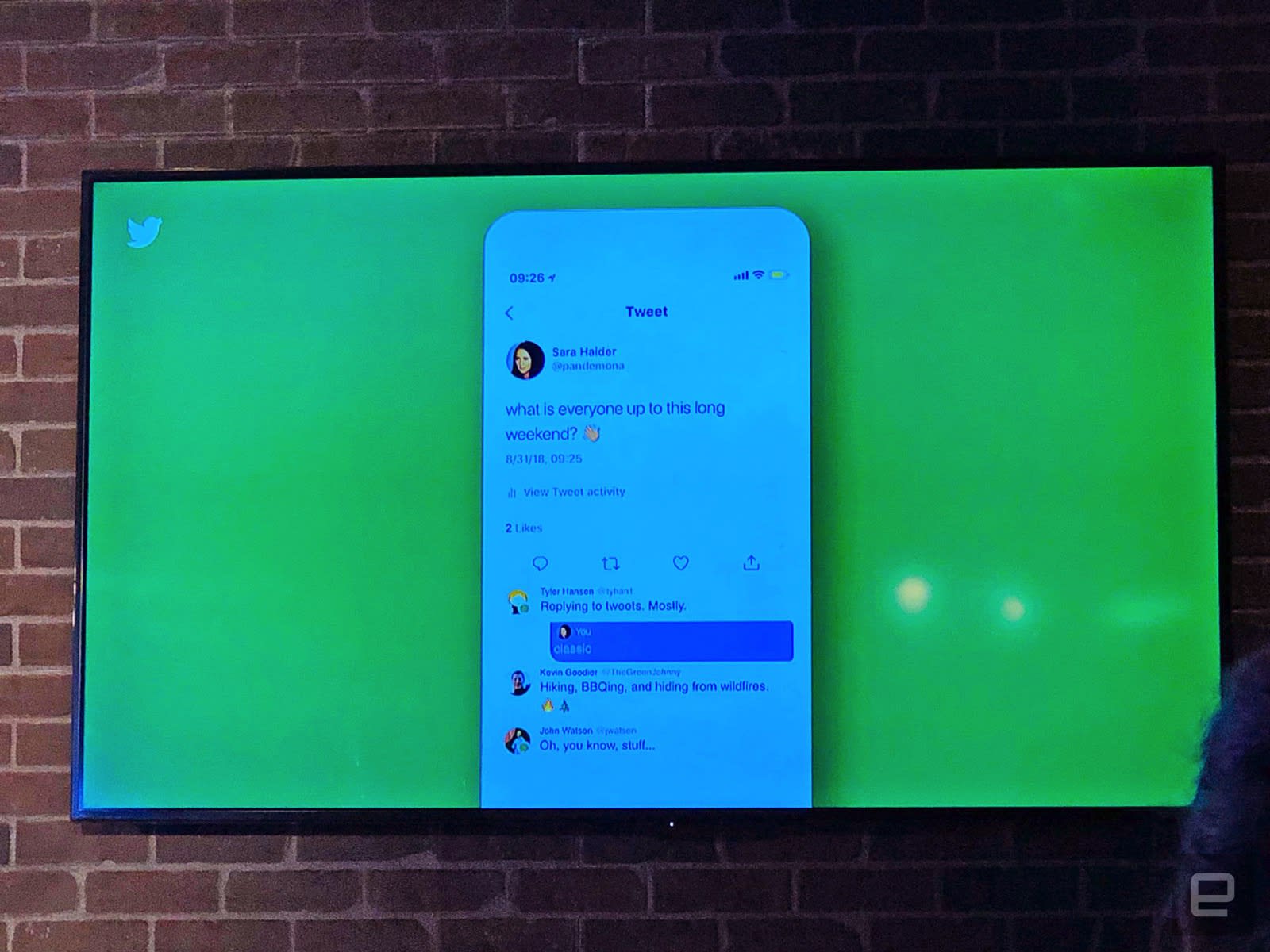 All products recommended by Engadget are selected by our editorial team, independent of our parent company. Some of our stories include affiliate links. If you buy something through one of these links, we may earn an affiliate commission. All prices are correct at the time of publishing.
This is what Twitter chat bubbles and status updates look like
business
ces
ces2019
chatbubbles
entertainment
gear
internet
services
statusupdates
tweet
tweets
twitter