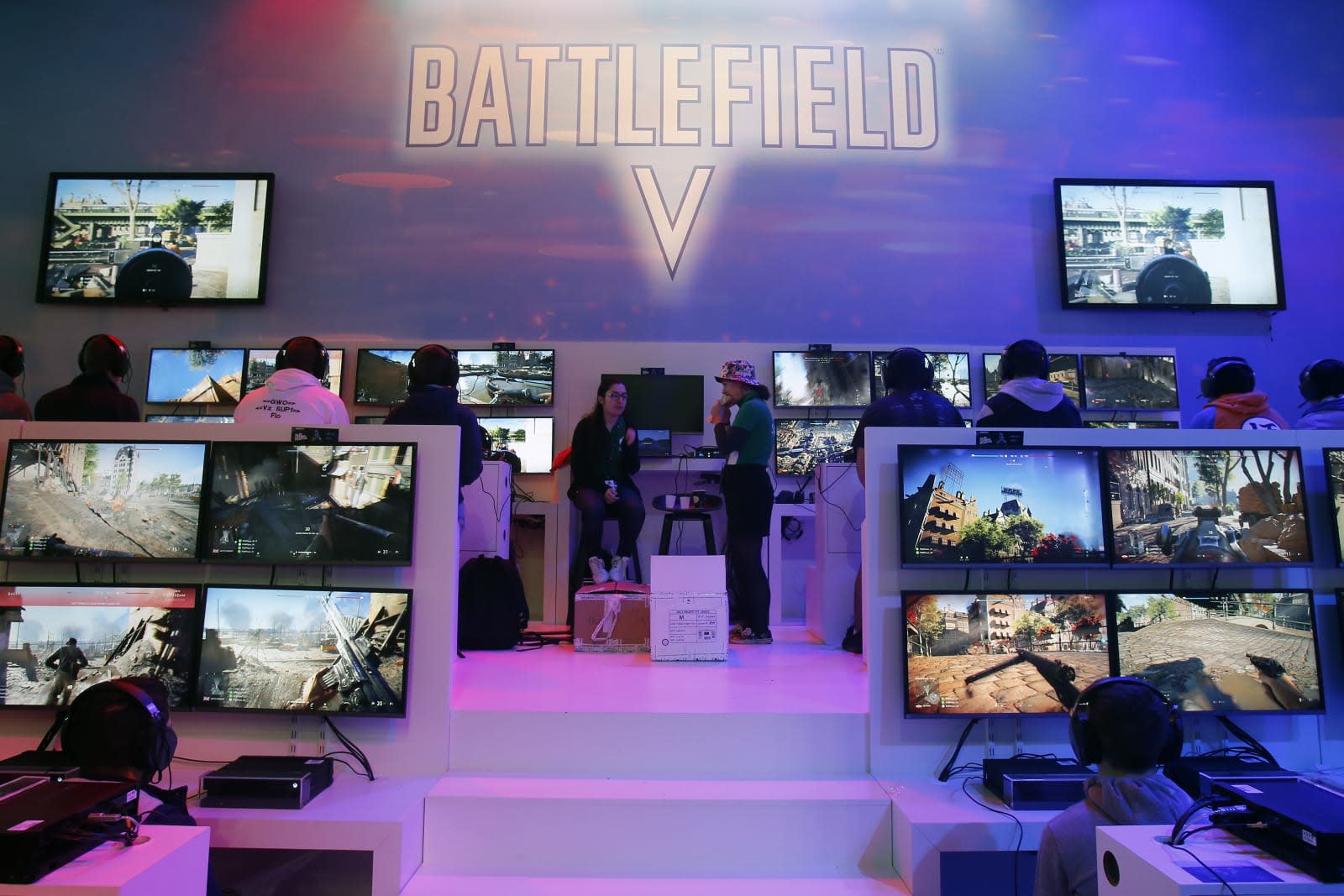 Now that Battlefield V's long-promised battle royale mode is nearly here, how else are DICE and EA going to keep you interested? By moving the action halfway around the world, apparently. The developers have posted an updated roadmap teasing a fifth chapter in fall 2019 that might be set in the Pacific. While the team isn't directly sharing details beyond the hints of "all-out invasion" in a brand new theater, the title ("Awakening the Giant") says a lot. PC Gamer points out that Japan's Admiral Isoroku Yamamoto was concerned the Pearl Harbor attack "awaken[ed] a sleeping giant" by dragging the US directly into the conflict. Don't be surprised if BFV has you island-hopping as the US first reels from the Japanese assault and eventually turns the tables.

There will be more to do in the intervening months, of course. On top of the planned updates for March through May (such as a Greek map and a Hardcore mode), the June introduction of Chapter 4 will introduce an as yet unnamed five-on-five close combat mode. There will be "several" maps designed just for these tighter matches, and there are hints of an urban close-quarter map. You can also expect another Greek map.

You'll get more details about Chapter 4 ahead of the EA Play event in early June. While it isn't completely surprising that there would be more in waiting for the fall, this gives you a better sense of how DICE and EA will try to keep their WWII shooter relevant a year after launch. Like Destiny 2 and other service-style games, BFV will mark its one-year milestone with a bang.

In this article: av, battlefield, battlefield 5, battlefield v, dice, ea, games, gaming, personal computing, personalcomputing, ps4, roadmap, video games, xbox one
All products recommended by Engadget are selected by our editorial team, independent of our parent company. Some of our stories include affiliate links. If you buy something through one of these links, we may earn an affiliate commission.