This week in tech history: Android Wear, Twitter and Friendster

Taking it back even further than MySpace.

At Engadget, we spend every day looking at how technology will shape the future. But it's also important to look back at how far we've come. That's what This Week in Tech History does. Join us every weekend for a recap of historical tech news, anniversaries and advances from the recent and not-so-recent past. This week, we're looking back at Android Wear, Twitter and Friendster (yep, that's a deep cut). 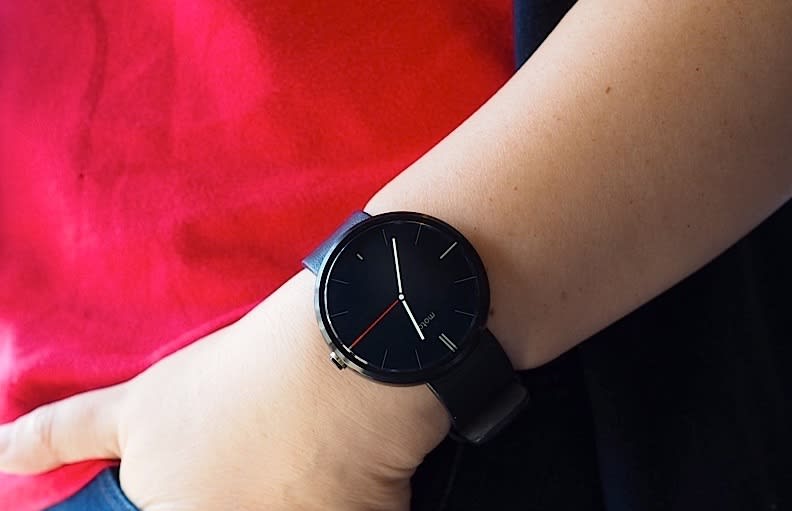 2014 was the year that both Google and Apple showed their smartwatch platforms to the world, and it all started with Android Wear (now rebranded as Wear OS). When first announced, Google did its best to present a clear vision of how Android on your wrist could be helpful. Android Wear was built around four major features: voice search, activity tracking, notifications and remote control of your phone.

Google mostly delivered on these promises. While "OK Google" didn't summon the full-featured Google Assistant like it does now, the company's speech recognition was impressive even back in 2014, and it was fairly reliable at pulling up details like your calendar appointments and the weather. And Google Now (which first launched on Android smartphones) tried to surface info "cards" relevant to you based on data in your email, calendar and other Google apps. Having that info available at a glance along with important notifications from your phone was a pretty handy feature.

Unfortunately, early Android Wear hardware was a decidedly mixed bag, with poor battery life hampering otherwise compelling devices like the Moto 360. And the first iteration of the smartwatch OS wasn't exactly the most intuitive either: It took so many swipes to find the info you were looking for that using a phone was often a better move. It also took awhile before third-party developers started building quality Wear apps.

Five years in, Wear OS has improved. The UI is better thought-out, Google Assistant makes everything work a bit better, battery life is no longer an issue, there are way more features and Google's many hardware partnerships mean there are many more watches to choose from. But despite these improvements, Wear OS smartwatches hold only a sliver of the market, trailing Apple, Samsung and Fitbit in the wearables game. 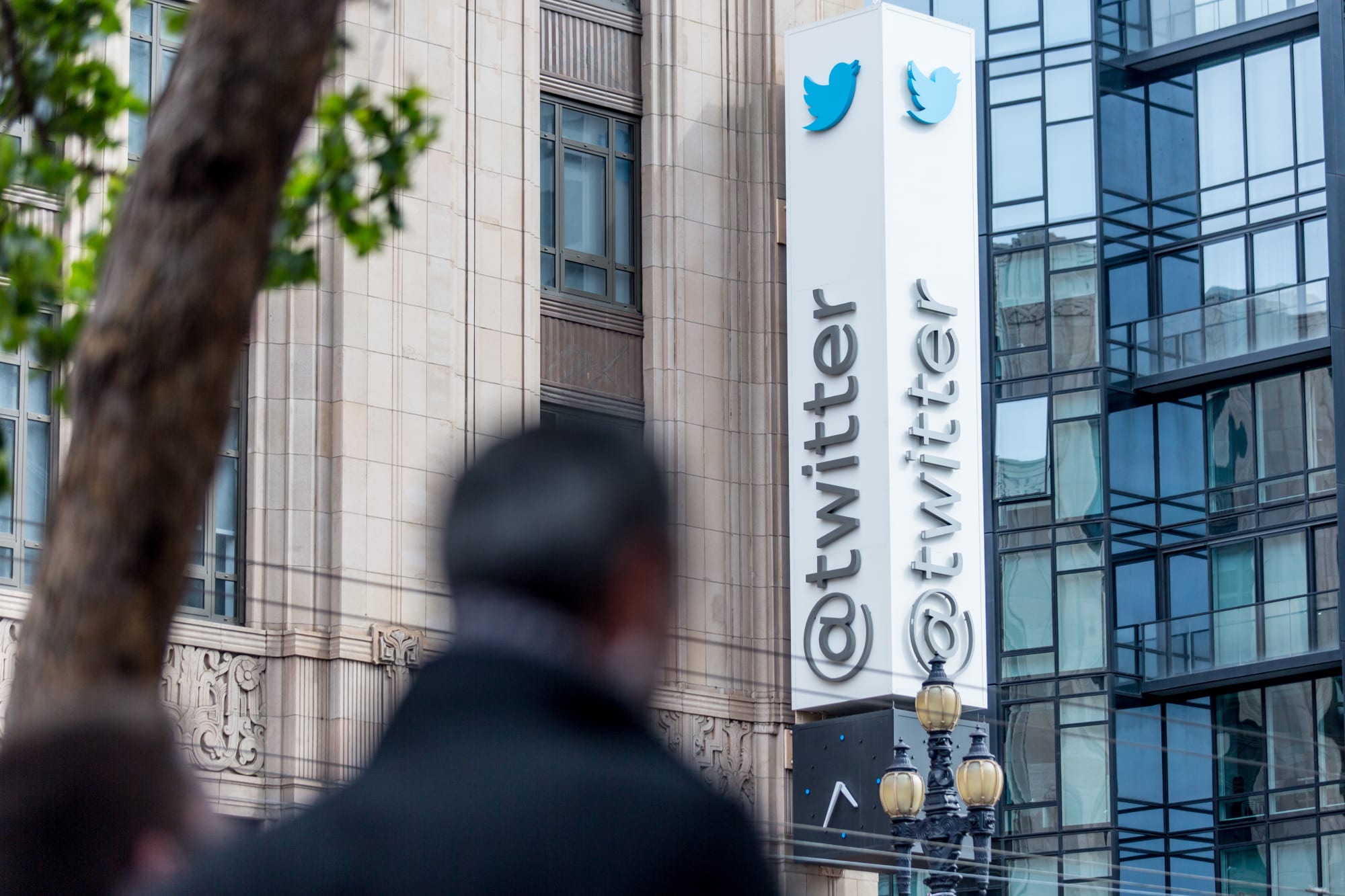 Far more people use Facebook than Twitter, but the blue bird's importance in the social media landscape cannot be ignored. On the one hand, Twitter is a great resource for following breaking news, discussing cultural events in real time, finding excellent memes and generally keeping up with what's happening around the world. On the other hand, it's a platform that has been weaponized by some of the worst people of the internet, who use it to spread false information and engage in vicious harassment campaigns that target private individuals and public figures alike. Perhaps most damning, it took Twitter years to acknowledge the many problems that were obvious to its users. Indeed, Twitter is probably best known for its problems rather than its product.

It didn't start out like this. Co-founder Jack Dorsey initially envisioned Twitter as an SMS-based service for sending short messages within a small group. The first tweet was sent via SMS by Dorsey on March 21st, 2006; it read "just setting up my twttr." The lack of vowels in the tool's name was intentional, a nod to other popular services like Flickr that dropped vowels from their names as well as the five-character limit on US SMS short codes that were used to send Twitter messages. While Twitter was initially used as an internal tool at the company where Dorsey first came up with the idea, it launched publicly in July of 2006 and was spun off as its own company the following year.

At first, the popular conception of Twitter was reminiscent of other social networks: It's a place to tell people what you're eating and share other pointless status updates. But before long, it gained a reputation as a platform for real-time communication around breaking news; celebrities and politicians also adopted the platform as a way to communicate directly with its growing user base. Of course, as the platform's prominence and influence grew, so too did the number of bad actors abusing it. Harassment and Twitter's role in the spread of false information -- including in recent elections -- remain huge issues. Even now, though, it's not clear if the company is willing or able to take the steps necessary to address these problems.

For perhaps the most comprehensive look at how Twitter came to power, Nick Bilton's Hatching Twitter: A True Story of Money, Power, Friendship, and Betrayal is a must-read. 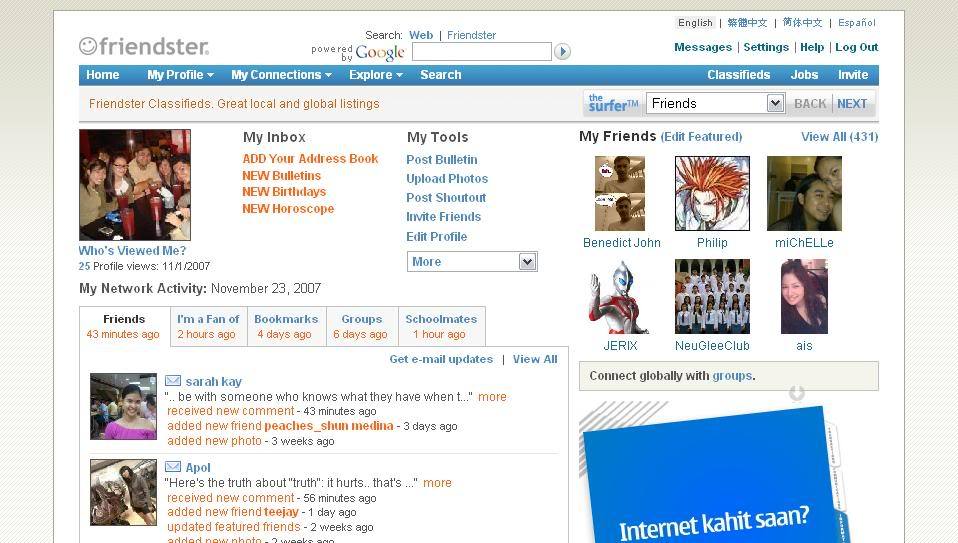 Of course, before Twitter there was Friendster. Launching years before Twitter, Facebook, MySpace and basically every other social networking site you think of now, Friendster laid the groundwork for what we think of as the early days of the social web. You could find your friends, post updates, share photos and messages, and do just about everything that MySpace enabled a few years later.

The site was created by Canadian computer programmer Jonathan Abrams and got its name by mashing up "friend" and "Napster," the infamous music-sharing service. And while the site racked up 3 million users in the span of months, Friendster got lapped by MySpace in April 2004 and the site never really recovered -- though it did stick around for almost 15 years. Later in the decade, Friendster grew in Asia and was eventually acquired by a massive Malaysian internet company, MOL Global, in December 2009. Believe it or not, the site tried to pivot into social gaming and entertainment in 2011. Those initiatives were shut down in 2015, and it officially disappeared as a company as of January 1st, 2019.

There are a host of reasons why Friendster didn't maintain its lead in the social space, but many point to the company's decision not to sell to Google in 2003 as a major misstep. Google was offering $30 million, and the company certainly could have increased the resources available to Friendster. Journalist Gary Rivlin noted in The New York Times in 2006 that a big part of Friendster's problems was simply site performance: Things took forever to load. When MySpace launched and worked better, that was the beginning of the end for Friendster -- even though it hung on in one form or another for many years.

All products recommended by Engadget are selected by our editorial team, independent of our parent company. Some of our stories include affiliate links. If you buy something through one of these links, we may earn an affiliate commission. All prices are correct at the time of publishing.
View All Comments
This week in tech history: Android Wear, Twitter and Friendster